Salinger: An exhilarating read that will satisfy the most curious fan

New book reveals private exchanges from a most private man 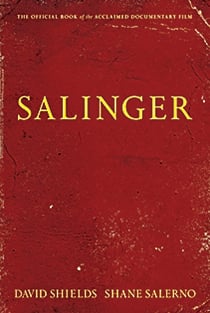 By David Shields and Shane Salerno

There was only ever one thing missing from Joyce Maynard’s portrayal of her romance with the acutely private author of The Catcher in the Rye, J.D. Salinger: his love letters, where were they?

The ones he mailed when she was 18 at Yale and he was 53. The letters had the power to sweep her off her feet, she recounted in the memoir, but with no excerpts included, the impact flagged. Maynard possessed the physical pieces of paper on which Salinger bared his soul to her, but a U.S. court had ruled 10 years earlier that Salinger held the copyright to every word he’d written. No one, not Maynard, not British critic Ian Hamilton, author of In Search of J.D. Salinger, was permitted to quote from a Salinger letter. Which is what makes this new biography so spellbinding.

Here are the letters! More than enough embedded within 576 pages of exhaustive research to satisfy the most curious Salinger fan. Youthful, teasing ones to Hemingway, 20 years his senior: “How is your novel coming? Don’t sell it to the movies. You’re a rich guy!” And, gratifyingly, the long seductive tracts of prose to Maynard: “I feel your not-here-ness countless times a day.”

Equally pulse-quickening is the voluminous interview with Jean Miller, a previously tight-lipped ex-girlfriend the 30-year-old writer met when she was 14 and reading Wuthering Heights. “How’s Heathcliff?” was his opening line. The two corresponded for the next four years and dated when she turned 17 and planted the first kiss. “He needed to put himself into a cell-like existence,” Miller explained of his 1953 retreat from Manhattan. “I don’t know that Jerry Salinger necessarily liked the country. I think he probably grew to like the country, but all he wanted to do was write.”

The only blight on this otherwise exhilarating read are the times when the authors insert themselves, offering unsound opinion, reviling more than admiring their subject. “[Salinger] lost the ability to create characters that are believable” and “religion killed his art,” etc. We’ll see. Two new posthumous Salinger novels are set for publication in the next few years.