It's been a four-year wait for new work by Bryan Lee O'Malley. But it's also been four tough ones for the Canadian who blends art and life 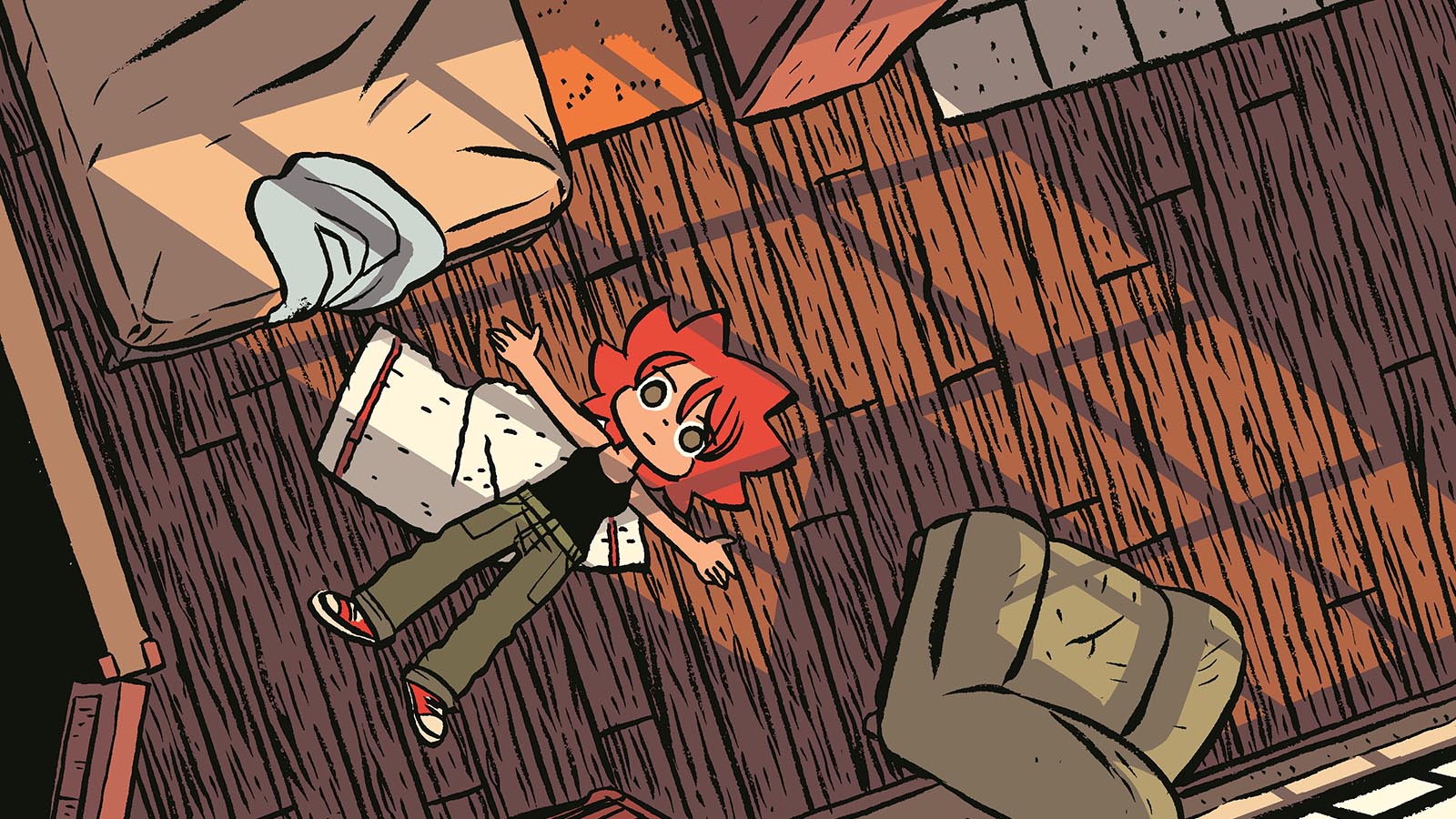 It started as a little Japanese-style comic drawn partly as an inside joke for friends, partly as a paean to video games and partly as a love letter to Toronto. But by the time Bryan Lee O’Malley was done, his Scott Pilgrim series—an oddball Bildungsroman about a slacker who plays in a band, falls in love with a girl, and is forced to battle a consortium of evil ex-boyfriends to collect coins and win her heart—spanned six bestselling, award-winning books and was adapted into a major motion picture starring Michael Cera, which spawned a video game. Suddenly, the quiet boy born in London, Ont., was a darling of the comic book scene, and a star far beyond.

Four years later, O’Malley—35 years old and living in Los Angeles—is still something of a slacker done well, more than a bit bemused by the whole thing. “I’ve come through the fame grinder a bit, and it’s something that might never come naturally to me,” he said. He jokes he realized he’d made it when Carl Newman from Canadian band the New Pornographers started following him on Twitter—an indie-rock dream appropriate for a guy whose famous creation was named after a song by long-defunct Halifax indie band Plumtree.

His fans have been clamouring for more O’Malley. They will finally get it this month, with the charming graphic novel Seconds, which finds an unlucky-in-love chef, Katie, looking to open up her own restaurant. She finds her eatery is haunted by a house spirit that grants her the ability to fix mistakes by eating a magical time-fixing mushroom. Halfway through the book, O’Malley exacerbated a shoulder injury from the gym by signing autographs for hours at Comic-Con. It prevented him from holding a pen for months, and necessitated six months of physical therapy. Then there were the doubts. He worried about how long it was taking; the epigram of Seconds even samples a lyric from Fleetwood Mac’s Tusk, an ambitious album that took so long to produce and cost so much it nearly bankrupted the band. “If I’m working on a project for four years, of course I become a crazy person,” he said. “All I wanted to do was finish the damn thing.”

The wait has fuelled the pressure that awaits any follow-up to a critical success. It didn’t help that he finished the Scott Pilgrim series at a quick pace—roughly one a year, from 2004 to 2010.

The book is a glimpse of the vicissitudes of the artist’s real life since his slacker success. You write what you know, and O’Malley’s gift has always been in transmogrifying his experiences into funny, adorably rendered, fantastical comics. He and Pilgrim had many commonalities, from a gay roommate to musicianship; Pilgrim fell in love with Ramona Flowers in the same places where O’Malley fell in love with his then-girlfriend and future wife, cartoonist Hope Larson. Seconds is inspired by his time working as a food runner at Kalendar, a Toronto bistro, to pay the bills as the first Scott Pilgrim book came out. He decided then, 10 years ago, that his next book would be about restaurants, and had been adding to the idea file ever since. He pulled 16-hour days for weeks, assistant at his side, to get it finished. As the book came together, evolving through those long “loopy” sessions, he found it echoing his life more than ever. “The whole book kind of becomes metaphor. She’s in this kind of happy, kind of successful position, but she wants more. She’s trying to move on to a new project. It’s like, ‘Well, that’s me,’ ” he said.

After he finished drawing Seconds, he and Larson divorced. The girl who inspired Scott Pilgrim to combat was gone. And in completing a book about second chances, he found himself wondering what the book had been about all along. “Work and life and relationships are so hard to juggle, and you focus on one thing and something else goes crazy,” he said. “Now when I look at it, it’s a book about a relationship that’s in big trouble. And maybe that’s a time I was working too hard on the book. It reads differently to me now.”

With Seconds out, O’Malley is happy with what he’s made. That never happened during the Scott Pilgrim series, he said—he couldn’t stand looking at the books when he was finished. “Maybe that means I’m growing up,” he said, with a laugh. “I don’t know.” ​

FILED UNDER: Bryan Lee O'Malley Scott Pilgrim vs. the World