Sean Michaels: When the story is stranger than fiction

The winner of the 2014 Giller Prize expounds on the thin line between fact and fiction, and the value of the digital world 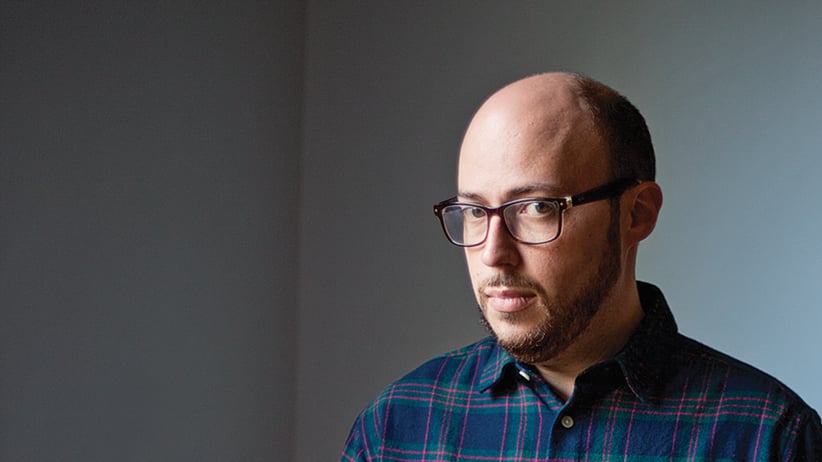 Canada’s most distinguished literary prize awards $100,000 annually to the best Canadian novel or short-story collection published in English. In this series, Maclean’s highlights the work and artistic process of the six shortlisted nominees. Here, Sean Michaels—who won the award on Nov. 10—describes a true story that fuelled his stunning fiction. Here’s our full Q&A with him.

Debut novelist Sean Michaels set himself a modest goal: choosing, as the protagonist of his first novel, a real person whose story encompasses the social and technological upheaval of the first half of the 20th century. Leon Theremin was the Russian inventor whose eponymous creation was the first electronic musical instrument, played merely by moving one’s arms around two antennas, as if conducting air. In a 1994 documentary, it’s suggested he spent decades pining for his protégé, the world’s only theremin virtuoso, Clara Rockmore. Michaels took that premise and crafted Us Conductors, where historical events—involving invention and espionage and set in swinging 1930s New York and a soul-crushing Soviet gulag—are merely the background for a fictional tale of unrequited love, fate, and forces beyond our control. “It was a strange book to write,” says the Montreal writer, “because the source material was almost too crammed with meat.”

Michaels, 32, employs lean cuts, using poetic precision to communicate his philosophical themes. “The word ‘conduct’ means both to lead and to be led, to have something flow through you. Is a thereminist someone who is making music, or channelling it? Are we creating or initiating love, or is it something passing through us, out in the universe?”

Sean Michaels on his writing process

When I was 15, I wrote an email to the science fiction writer Robert J. Sawyer. I loved his books; I tracked down his Compuserve address; I wrote and asked him what I should study at university. I think he answered within a day. Get a good, solid education in something that interests you, he advised. And make sure that there are jobs other than writing fiction that you’ll be qualified to do after you graduate.

Seventeen years later, I have been thinking a lot about emails and blogs and .docs and .htmls and the impact these things had on the 368 paper pages of my novel. We are still in the habit of treating these as separate realms: digital versus print, pixel versus ink. Yet this is a lie. I learned to write by composing electronic messages to friends. I workshopped my first stories on an electronic mailing list called Teenwrite. I learned that authors are human—mere and lucky labourers—in Sawyer’s emails from Toronto. I found my peers by reaching out across the wires: we uncovered each other’s blogs, exchanged MP3s and metaphors, worked out a common language.

Now I have finally entered the lofty heights of pulp and paper: I can trade in my email archives and erect instead long shelves of dog-eared notebooks. I can talk about books, not blogs; Harper’s, not The Hairpin.

Part of this anti-digital impulse has good cause. In all our distracted dilettantism, liking and tweeting and surfing, glancing from screen to screen, we are forgetting how to conduct uninterrupted conversations with ourselves. Reading a book becomes a remedy, or even a countermeasure: we are still with these pages, for a while, listening to our hearts.

But Us Conductors was the work of a digital magpie, with a blog and a Twitter account. Like many people my age, and of all ages, I have found a professional and creative community online. These are thinner than real friendships, more brittle—but that doesn’t make them meaningless. Sawyer helped me at 15. In Russia, researching this book, I encountered wise, transforming kindness from people who had only read my writing online—friends, somehow, that I had simply not yet met.

I wrote a book. But do not cast me in opposition to the swifter, shallower world, the one unfurling byte by byte. Virtual is from the late Middle English, “possessing certain virtues.” We must be attentive to these virtues as well as to the ones we are forgetting. They must be negotiated with: like rapids, like despots. Translating the unreal into the real has always been writers’ work. Let’s tell this story too.