She was Queen of Britain—but also a woman 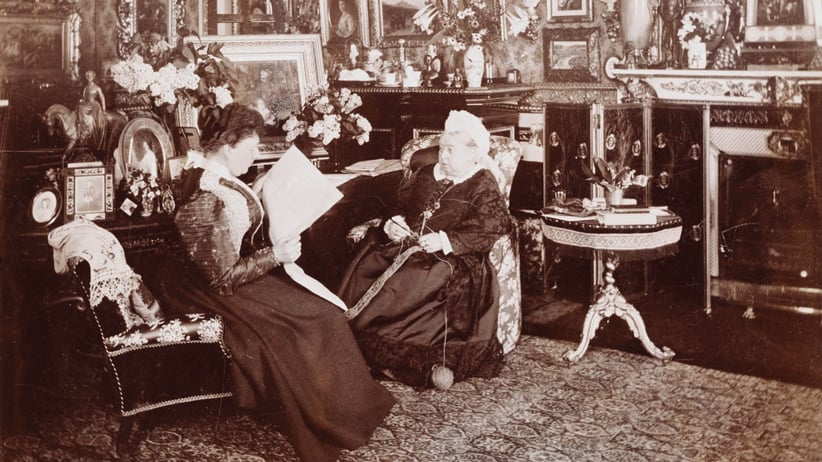 When Queen Victoria died on Jan. 22, 1901, nearly one-quarter of the world’s population owed its allegiance to the diminutive 81-year-old widow. Though once portrayed as a romantic figure, by the end of her 63-year reign, she had an image as a stiff, humourless imperial figurehead that was being chiselled into biographical stone. Now new research and analysis is reimagining Britain’s longest-reigning monarch. “I think we’ve got a Victoria who is much more recognizable as a real human being than ever before,” says historian A.N. Wilson, whose Victoria is the first comprehensive biography since Elizabeth Longford’s magisterial treatise in 1964.

Like many royal historians, Longford relied heavily on huge volumes of Victoria’s correspondence published after her death. Earlier this year, in Censoring Queen Victoria, Australian historian Yvonne Ward revealed the extent to which the volumes’ first editors, Viscount Esher and Arthur Benson, picked letters to create an enduring stereotype of an innocent girl who “flowered as a constitutional monarch, under the fortunate tutelage of gifted gentlemen,” including her prime ministers and husband, Prince Albert. “They gave us the Queen Victoria they wanted, who wasn’t really a woman at all,” Wilson says.

“She’d given birth rather mysteriously to nine children,” he explains, but according to the editors’ work, “she didn’t have any feelings, any interest in health and in the physical side of life.” Virtually all of her correspondence with women never made it into the volumes; Benson found their intimate contents, including pregnancy, parenting and personal health, “very tiresome.”

That leaves a lot for modern biographers to uncover. Victoria wrote an estimated 60 million words during her reign, with many letters still held in the archives of the recipients, including those women. For instance, in Cobourg, Germany, Wilson scoured through five decades worth of family gossip in twice-weekly letters to Victoria’s sister-in-law, Alexandrine. The Royal Archives at Windsor Castle are extremely cautious about revealing anything controversial about the royal family. So he delved first into outside archives. No “dark secrets emerge from all this research,” he says.

But it is a dramatically different Victoria he presents. For one, she was a “highly engaged, extremely intelligent politician” who devoted considerable time to affairs on the continent. After digging through archives in Germany—Victoria was close to her huge extended family there—Wilson shows how the new widow fought for Germany to become a liberal, parliamentary federation, rather than a nation dominated by the militarism of Bismarck’s Prussia. “She was doing everything humanly possible to prevent the European realpolitik,” he recounts.

Even her marriage is under examination. While she placed Albert on a pedestal after his death in 1861, their relationship was fraught. He “bullied her, emotionally controlled her and was a control freak,” Wilson says. Her famously obsessive grieving is detailed in A Magnificent Obsession, in which Helen Rappaport notes that Victoria was fixated on the outward trappings of mourning even before the prince consort’s death; that year there were seven declarations of official court mourning. Though Victoria was certainly in a “huddle of grief” after his death, she soon began “flapping her wings and becoming free,” having a “whale of a time” with servants John Brown and Abdul Karim, Wilson explains. Rumours of affairs flourished; while her family, courtiers and politicians were horrified, she didn’t care.

“She could be vile,” he says. “She didn’t control her emotions or temper.” She also chafed at the social constraints of those times, particularly on women. When her eldest daughter, another Victoria, wrote that she was pregnant, her mother responded that it was “horrid news” since expectant women were no more than cows or dogs.

A definitive account of Victoria may not be possible: her daughter Beatrice severely censored and rewrote her late mother’s journals, burning the originals as she went. In the end, Wilson’s take on the monarch is simple: “Not likeable but lovable.”