The Christian music star who came out and lost her career: 'It was immensely painful'

Q&A: Vicky Beeching was a beloved star in Christian music—that is, until she came out as gay. She speaks to Michael Coren about the fallout and her hopes for the Church 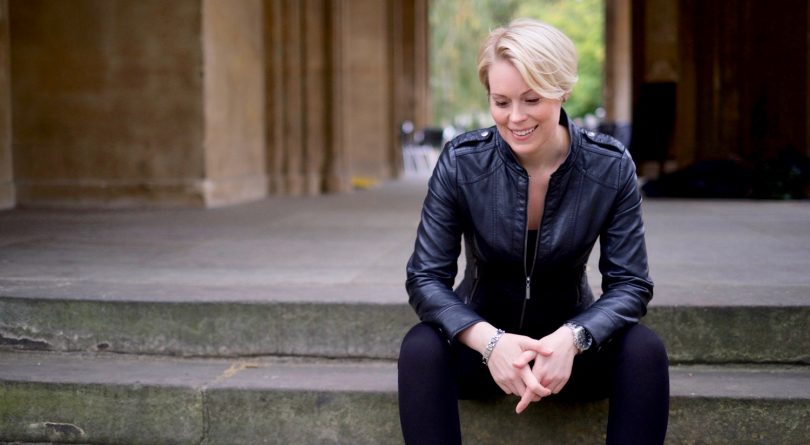 Back in 2013, I was struggling with one of the most significant decisions in my life. I was known as a conservative Roman Catholic, having written best-selling books on the subject, and been a columnist for several Catholic newspapers as well as a highly successful speaker in conservative Christian circles. As such, of course, I opposed same-sex marriage. But over the previous years, it had become harder and harder to defend that position as well as many other conservative teachings. I felt compelled to leave the Catholic Church, to make my support for equal marriage, progressive Christianity, and full LGBTQ equality public, and to suffer the severe career and personal consequences. One of the people who made that move possible—and who reminded this straight, middle-aged man that truth and love were everything—was a woman named Vicky Beeching.

She’s has been described in The Guardian as “arguably the most influential Christian of her generation,” partly due to her many appearances on British television and radio, as well as her substantial following on social media. Beeching was an extremely popular singer, musician, and recording artist on the North American Christian music scene. But one of the main reasons for that prominence is that in 2014, she announced to the world—and to the evangelical Christian world, in particular—that was she gay.

Hiding her sexuality for many years had caused Beeching to develop severe health problems, and she struggled with the demons of intolerance, hatred, and enforced secrecy; within the world of North American Christian music, after all, homosexuality is considered profoundly sinful. But when she came out, her career was promptly destroyed—and to this day, she is still routinely attacked in the most severe and hurtful ways.

She’s now back in London, a highly respected speaker and writer, and at forefront of reminding the conservative Christian world that Jesus preached love rather than judgment. Her long-awaited memoir, Undivided, comes out on June 12.

Q: Were you surprised at the reaction from evangelical Christians to your coming out, or was it expected?

It was actually a real shock to face such vitriol and rejection from that part of the church when I came out, back in 2014. Honestly, I’d hoped deep down that they might react differently. I knew the majority of evangelical Christians around the globe believe same-sex relationships are sinful, shameful, and wrong. But because my songs were sung in congregations around the world every Sunday, and because I was loved and respected by that entire community, I’d wondered if they might react in a slightly more open-minded way. But they didn’t.

Q: How did that negative reaction make you feel?

It was immensely painful. Almost all the evangelicals I’d known and worked with told me I was “choosing sin” and stepping away from God in my decision to come out. They also told me I was no longer welcome to sing, or speak, or continue in any of the leadership roles I’d held at evangelical conferences and events. It was extremely damaging to my mental health to feel so excluded from my former community, as they’d felt like family to me since childhood.

Q: Have you ever wished you’d remained silent?

No, I have absolutely no regrets about coming out. It’s incredibly healing and liberating to be my authentic self at last. I was 35 when I came out, so it took a long time to find the courage. The cost was high though; I lost my career in Christian music, my livelihood and financial security, and my sense of belonging within the evangelical world. But overall, it was absolutely worth it. The fear I battled every day was so intense and the toll it was taking was too great—I had to step into the freedom of being the person I was meant to be.

Q: You’ve been interviewed many times about what happened, but why write this book?

A publisher approached me and said they’d like me to tell my story in more detail, as they believed it could help others walking through similar challenges. So I signed with HarperCollins and began writing the memoir. My goal was to write the book that I’d needed, back when I was a teenager or in my twenties—a book that could’ve helped me choose a more authentic and less fearful path. Beyond that, I also hope it’s a book that appeals to anyone and everyone, as it deals with broad themes like facing your fears, choosing to be authentic, and learning that vulnerability is actually a strength. It’s a book for anyone who wants to become more fully alive.

Q: What does your life look like now, four years on from your coming-out announcement?

It’s been a huge change. My former job as a singer and recording artist, working in churches in the UK, the US, and Canada, is over. I haven’t played music or sung publicly since I came out. I had to totally re-imagine what I wanted to do with my life when I was no longer welcome to lead worship anymore. Now, my work centres around writing and speaking, much of which is focused on LGBTQ equality and mental health awareness. I speak in a lot of corporate environments, helping companies become more skilled at making LGBTQ staff feel welcome and safe. I also work with pastors and churches, helping them step towards LGBTQ inclusion in their congregations. Often I pop up on radio or TV here in the UK, sharing my perspective on these topics when they come up in the news. I’m also doing a part-time Ph.D. too, as I am a geek who loves to study! Overall that makes for a very varied portfolio of work, as I rebuild a new career to replace the one I lost in church music.

Q: The Pope allegedly said recently that he believes God creates some people to be gay—what did you think about that?

It’s wonderful that the Pope might genuinely hold that view, but at the same time, it’s something spoken behind closed doors while the official teaching of the Catholic church remains unchanged. That makes it painful for those of us who are waiting for official teachings to change and creates a strange tension where one thing is said privately, but a different thing is preached publicly from the pulpit. It feels disingenuous and damaging, as we are left in limbo, unsure of what the church truly thinks.

Q: In your book, you write that you’re still a believer in the Christian faith, and still love the church, despite its failings. What are your hopes for the future of Christianity and LGBTQ equality?

I think there’s a long road ahead before we see major change. In the Church of England, for example, same-sex marriages are not permitted to take place within their buildings. Also, if you are a priest or a Bishop, you are barred from entering a same-sex marriage yourself. You can only enter a civil partnership, and you must vow to remain celibate within it. The Archbishop of Canterbury has spoken about the “stunning quality” of some gay couple’s relationships, but any official change seems a long way off. I remain hopeful though! The global church changed its mind when it formerly opposed William Wilberforce and the ending of slavery. The church also changed its mind when it previously opposed the suffragettes and the right of women to vote. Eventually, we’ll see that same equality and social justice extended to people who are LGBTQ—and I’ll do all I can to play my small part in moving the church toward that goal. I hope my book can help change minds and hearts and bring greater awareness. LGBTQ equality is not something the church can ignore. I hope books like mine can help spark the conversation and change minds and hearts.