The future of reading and publishing according to Amazon

In conversation with Russ Grandinetti, Amazon vice-president of Kindle content 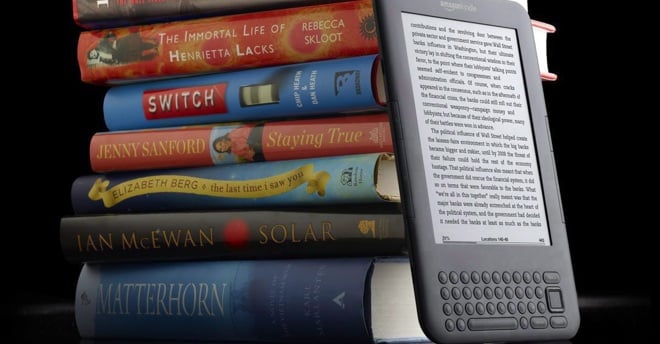 I had a great chat with Russ Grandinetti, the vice-president of Kindle content for Amazon, last week. We covered a bunch of topics, so I thought I’d share some of that here.

As an author, I was naturally self-interested in Amazon’s Kindle Direct Publishing program, which lets writers self-publish and sell their own e-books through the company’s apps and devices. It seems like not a week goes by without some new story about a self-published author achieving great success this way. I can’t wait to try it myself and indeed plan to with my next book, in some markets at least.

With Amazon putting increasing effort into its self-publishing platform, I couldn’t help but wonder what its real relationship with publishers is like. As a growing competitor, it’s clear that the battles we’ve seen so far might only be a precursor to an all-out war down the road.

Grandinetti was cordial in his comments, but he does put much onus on publishers to change and evolve into something that’s more useful for both authors and readers:

“The question is not, will reading become increasingly digital, that seems very likely. The question then becomes for the people who add value and try to be useful to authors and readers – and that includes publishers and booksellers – how do you evolve being useful in a digital world? … Nobody in publishing was thinking about whether their authors needed a Twitter feed five or 10 years ago, but it’s probably something they’re thinking a lot about now. Publishers will have to explore how to listen to authors, observe what sells books and find a way to adapt and be useful in that scenario.”

For authors, meanwhile, self-publishing is a great option, but it’s obviously not for everyone. Most authors he’s spoken to generally want three things: to do a good job telling their story, to get to the widest audience possible and to earn a living doing so.

“What path they choose for how to express themselves and have their book reach an audience is a very personal decision. It’s an additional option that authors now have to choose from. It’s not critical of traditional publishers to say, ‘More choice for authors is good. Let authors choose what is best for them.’… It’s just cool that authors have as much power and control and choice in how their book goes to market as they’ve ever had. But with that control comes significantly more responsibility.”

One of the other topics we covered is whether or not people are reading more. There seems to be a strain of conventional wisdom which holds that if peoples’ attention is being increasingly split by all the digital entertainment options, they’re reading fewer books. Figures from a recent study by the Pew Internet & American Life Project have been interpreted in different ways, but Grandinetti said it’s highly unlikely that reading is on the decline, given the continuing spread of devices on which to do so.

“Customers buy three to four times as many books after they buy the Kindle device… That’s such a remarkable increase in the amount of book purchasing, it seems pretty likely to be an increase in the rate of which people buy books [over all]… I hear this from people every day, that they’re actually recapturing minutes of the day for reading. Having the right physical book with you at the right time when you suddenly have an hour to kill somewhere or trying to decide which books to bring with you on vacation or if you’re even going to want to read the ones you picked when you get there, these are big problems that digital reading helps solve. There are whole markets where access to books, the distance to a bookstore is pretty far. This rising tide of connectedness in the world suddenly means that if you’re an English-language publisher, there are hundreds of millions of people around the world where people speak English as a second language. Suddenly their access to books is remarkably altered. That’s a very clear expansion.”