The Harry we don’t know 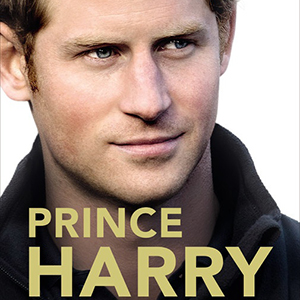 He’s 30, just inherited $15 million from his late mother’s estate and is one of the most eligible bachelors in the world. Yet little is known about Prince Harry except those instances that make headlines—mimicking Usain Bolt’s famous “lightning” pose during a race in Jamaica; being snapped naked in Las Vegas. In Penny Junor’s latest well-sourced royal biography—she’s also written about Harry’s brother and parents—the author draws back the stiff damask curtains of palace life to reveal a prince whose quick smile and charm masks a more serious, deliberate man.

This month his creation, the Invictus Games, a competition for wounded soldiers, takes place in London. It’s modelled after the U.S. Warrior Games that Harry attended in 2013. “It was such a good idea by the Americans, that it had to be stolen,” Harry said. He spearheaded a six-month effort to launch the games, which now involve more than 400 competitors from 14 nations, including Canada. That determination has marked his military career. Not academically minded, he proved to be a natural soldier, as one former officer recounts in the book. He served two stints in Afghanistan, the second as an Apache attack helicopter pilot. It’s combat experience closed to his older brother, William.

Only two years apart, the brothers are so famously close their interests often meld. Both are helicopter pilots with an abiding interest in Africa. Weeks after Diana’s death, Charles took 13-year-old Harry to southern Africa. It was, Junor writes, “the beginning of a love affair with the continent, its people and its wildlife.” He’d return again and again. His children’s charity, Sentebale, is focused on Lesotho, where one in three children are orphans, in a nation with the world’s highest HIV infection rates. While the scandals of their parents’ marriage left William suspicious of the media and outsiders’ interests in the royals, Harry emerged relatively unscathed, helped by a “get on with it” attitude. He quickly accepted Camilla as his stepmother while also honouring his mother, and his spontaneity harkens back to Diana’s. A few years ago Harry introduced his brother to his work at a children’s centre in Lesotho. After spending hours playing with the children, they were asked to write down their hopes and attributes. To William’s “happy, lucky, strong, caring,” his brother added, “loser.”