New reflections from the beloved author on men, women, and why she wrote 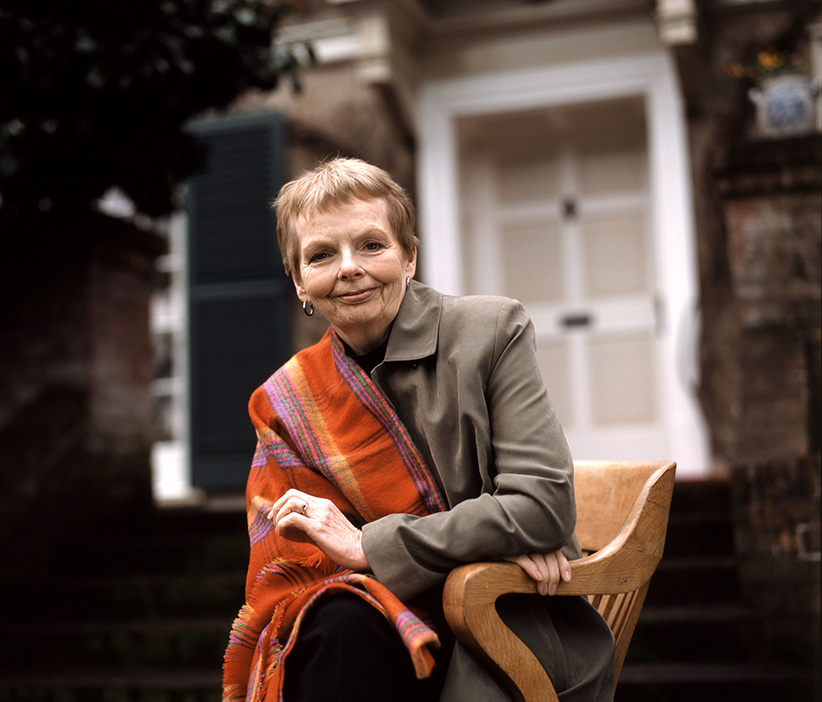 What Nicholas Giardini remembers most about his late grandmother Carol Shields were the bedtime stories, and hugs that lasted a long time. He was 11 when the Pulitzer prize-winning author died of breast cancer more than a decade ago. In spring 2013 his mother, Anne Giardini (Carol’s daughter), asked if he would help put together a book of Carol’s thoughts on writing. He was finishing up his undergraduate studies at the University of Ottawa. He jumped at the chance. For the next several months he holed up at the nearby Library and Archives Canada, revelling in her papers. “It was the best summer of my life,” he said. “I had not known Carol Shields as more than a grandmother. I gained a more three-dimensional image. The collection is vast and varies from scraps of notes to letters to well-formulated essays. But I appreciated most the notes in the margins she had written to herself,” noting questions and thoughts her readers had shared.

If there is anything Shields celebrates it is the literary possibilities found in the margins—the workaday domestic spheres where she located her most memorable novels, works like Larry’s Party and The Stone Diaries. The Giardinis’ new book is called Startle and Illuminate, a phrase borrowed from an essay of Margaret Atwood’s. It refers to what Shields believed books should do—to the minor epiphanies both light and dark they should afford their hungry readers. Startle is woven together from interviews, lectures and letters, odds and ends. It blends meditation on craft with pages of straightforward, useful advice. Shields, who taught creative writing at the University of Winnipeg and Humber College, was obviously a committed teacher. “Still, I was surprised to find she had considered the topic so deliberately and so deeply,” says Anne, a lawyer, author and chancellor of Simon Fraser University.

“After collecting all the research material, Nicholas came home to Vancouver,” Anne says. “We sat at the large coffee table in our living room and went back and forth. We took turns reading through the papers. It was close. It was lovely.” Combing through her mother’s thoughts was hard to do. “Having Nicholas with me on the project was a buffer.” This is a family accustomed to the art of collaboration. Anne learned it from her mother, with whom she co-wrote and published a short story. Shields did not want her children to feel mystified by the act of writing, and involved them in her work as much as she could. Nicholas is learning his grandmother’s values from the conversations in this book. He is considering becoming a writer and the advice he appreciates most: “To take in my surroundings,” he said, “And be a little more prone to listening.”

Exclusive excerpt from Startle and Illuminate: Carol Shields on Writing

There was a period in my early life when my friends and I, spurred by romantic yearnings, I suppose, spent great widths of time talking about the possibility and need of “truly knowing someone.” The phrase chimed with half a dozen others in our vocabulary: the exposing of the soul, the opening of the heart, the completion of one person by another, and so forth. We believed this kind of intimate knowledge was possible, and moreover that it was desirable.

Somewhere along the way, I lost faith with the enterprise. What interested me, instead, was the unknowability of others, their very otherness, in fact. It was apparent to me that members of close, loving families resisted the forces of coercive revelation, and that even partners in long, happy marriages remained, ultimately, strangers, one to the other. Although we are living in the age of communication, it became clear that people who “spilled their guts” sacrificed a portion of their dignity in so doing, and that, in any case, what they spilled was suspect, either self-pitying or self-aggrandizing, or else projecting a single, touched-up version of who they were and how they preferred to be registered at a particular moment—for it was understood that a variant self could be brought forward the next day, or even the next hour.

It might be thought that I would be dismayed to discover the limited nature of human interaction, but instead I was heartened, in the same way I was heartened, and relieved too, when I realized that the Methodist God, with whom I’d grown up, did not necessarily observe every ripple of sensation that passed through my head. To be known was to be incapacitated, and stripped bare. To be solitary, that is, to be left in a state of privacy, was to hang on to the forces of originality and innocence.

We are born alone, we die alone: those two austere existential declaratives were a comfort to me as I grew to adulthood. But to be alone in the midst of life brought to the table a degree of solitude that required a certain amount of philosophical accommodation. I found the premise, in fact, close to unbearable. Human activity, with its random jets of possibility and immobilization, was the oxygen I sought. The hum of human busy-ness engaged me at every level; it was what illuminated my imagination and what found its way into my novels. My own life—what a sorry admission, and yet it was true!—was not quite enough. I desperately needed to know how other people lived, how they moved about from room to room in their ordinary houses and gardens, what ordinary or extraordinary things they said to each other and to themselves as the clock struck midnight or 9 a.m. or noon.

When I first began writing novels, friends asked me what it was I wrote about. At first I didn’t know what to say, for, in fact, I wasn’t sure what my subject was. I soon found out—by reading reviews of my books, and listening to these same friends.

It seemed I wrote about ordinary people—whoever they are—and their ordinary, yet occluded, lives. And I also wrote, more and more, about that subjunctive branch of people (mea culpa) who were curious about the details of other ordinary people, so curious, in fact, that they became biographers or novelists, those beings who are allowed societal permission to investigate—through the troughs of archival material, through letters and diaries and blurred photographs, by way of offhand conversations and reminiscences and abrupt literary interpolations and fictional thrusts directed at the lives of the famous and the not-at-all famous.

I remember trying to “interview” my Canadian mother-in-law when she was in her eighties, wanting to access a portion of the childhood she had spent on a pioneer farm in Manitoba. The project was doomed from the beginning. I didn’t know the right questions, and she didn’t have any idea what I wanted to know. My line of inquiry, even to my own ears, felt intrusive and inappropriate, and her answers were, not surprisingly, vague and, for my purposes, not at all useful. What I hoped for was the precise, inch-by-inch texture of that early 20th-century Icelandic farmhouse located on a threadlike river 60 miles north of Winnipeg, the furniture, the floor coverings, the ceiling, the ornaments that rested on the rough kitchen shelves. What I got were generalities: Well, it was homey. Well, we made our own cheese. The sheep, they were a bother. It was cold in winter. In short, the experiment was a failure. I half expected it would be.

There is something oddly shaming about possessing so avid a sense of curiosity.

Naturally when I find myself on buses or trains, I feel a compulsion to know the titles of the books my fellow passengers are reading. And when I am being interviewed about one of my books, I often find myself interviewing back: How did you happen to become a journalist? What sort of articles are you usually assigned? Do you have any children? Tell me more.

More is what the indecently curious always want. They want the details, and no detail is too small to be of interest.

Speaking of curiosity, I was talking to some women friends, and we got onto the subject of wondering what it’s like to be a man at the end of our century. I started asking some of the men I knew this question and I started writing a novel called Larry’s Party.

My “other” was men. What they were, who they were or what they wanted, despite having a father, a brother, a husband, a son, and a few—not a lot but a few—men friends. As I wrote Larry’s Party I thought often of the immense mysteries men keep from women. And the mysteries women keep from men.

I do think it’s important that men try to write about women and women about men. Otherwise we’ll end up with two separate literatures, just as, I’m told, we have girl movies these days and boy movies. Perhaps our literature is already segregated.

Yet we all know that a fully furnished universe is made up of men and women, and that women writers are often called upon to write about men, and male writers about women. Writers go even further at times, not just writing about the other sex, but speaking through its consciousness as I tried to do in Larry’s Party.

The question can be asked, and often is, how successful is this gender-hopping? Does any truth at all seep through? Maybe more than we think. Oscar Wilde had the notion that we can hear more of the author’s true voice in her or his fictional impersonations than we can in any autobiography, not that he bothered with the niceties of gender pronouns. “Man is least himself,” he said, “when he talks in his own person. Give him a mask, and he will tell you the truth.” A mask, he said, but he might also have said a skirt. Or, for women writers, a small pointy beard.