From 2009: Mark Kingwell on the key to the pianist's genius 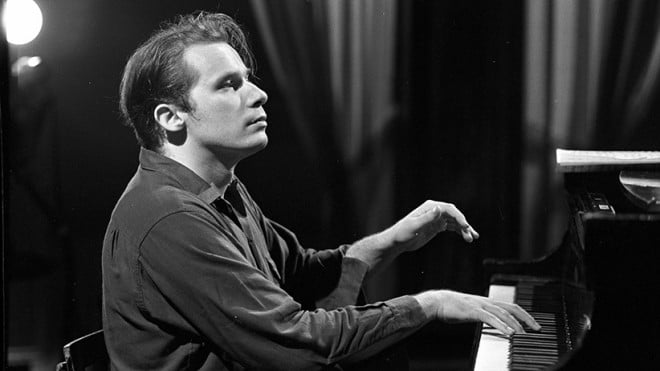 Though he captivated millions from behind his Steinway, Glenn Gould began to see himself “less as a performer, and more a thinker about music,” says Mark Kingwell. This notion of Gould as a philosopher of music is the central theme of Kingwell’s 2009 book on the famous Canadian. The University of Toronto philosophy professor focused much of his research on Gould’s recordings and published writing, which he calls “really thoughtful, kooky and contradictory.” Gould, adds Kingwell, “really was crazy, but he was crazy in an utterly inimitable way.”

While this writer-legend pairing in the Penguin Extraordinary Canadians series might seem, on the surface, a bit counterintuitive—the subjects Robertson Davies or Northrop Frye would have been a more obvious pick for the academic—it’s also what makes the book work. Kingwell, a music lover, is interested in “a whole host of things that Gould was concerned with, like consciousness, and time, and play.” And, he says, his research further developed his own thoughts on music, especially those related to memory and experience. “He never quite settled certain questions,” says Kingwell. And while it’s hard to hold Gould’s theories to the same philosophical standard used for more traditional philosophers, King­well thinks Gould “offers something much more interesting: a bunch of unresolved reflections that pushes you and pushes you more deeply into the questions.”

Author Mark Kingwell on how a strange moment in 1959, and plenty of self-medicating, led to Glenn Gould’s breakdown.

Since the early 1950s Gould had been taking prescription drugs of various kinds, mainly for anxiety and associated bodily symptoms. By the end of his life he was also ingesting a varied cocktail of pills for blood pressure, anxiety, sleep disorder and general unease. In addition to drugs such as Valium, obtained by prescription from various doctors, sometimes unbeknownst to each other, Gould took all manner of over-the-counter painkillers, sleep aids, vitamins and dietary supplements. His self-medicating cycles were idiosyncratic and unpredictable, involving drugs taken to offset the effects of other drugs, the addition of new drugs to counter symptoms that emerged from the last drug, and so on. In the recording studio, right from the start, the colour-coded bottles and pills were as much a standard feature of Gould’s apparatus of genius as the muffler and gloves, the curious chair, the arrowroot biscuits, and the bottles of mineral water.

This was no mere tic, however. Gould’s hypochondria and general anxiety created a spiral of addiction in which symptom became indistinguishable from cure, where all illness was iatrogenic, the medication made into the disease. Certain features of Gould’s constitution were evident early, and this pharmacopoeia endgame can obscure the real suffering at its root. An odd incident in 1959 opens a chapter that ends only in the late 1970s and Gould’s decline into death.

On Dec. 8 of that year Gould was in New York to visit the technicians at the Steinway company. His beloved CD 318 was in need of an overhaul, one of several virtual rebuildings it would receive over its lifetime of association with Gould, who favoured the light action of its keyboard and the clarity of its sound. On this occasion, speaking to several Steinway employees, Gould was greeted by William Hupfer, the chief technician, with a friendly slap on the back.

Accounts differ on how hard the slap was, whether it was indeed a slap, and so on. What is certain is that Hupfer made contact with Gould, who recoiled and began complaining of severe pain. Much speculation is directed at whether this renewed an early childhood injury to his back, when he fell in the family boat, or perhaps invoked it in some psychosomatic fashion. In any event, and despite a doctor’s report that there was no evidence of injury, Gould began complaining of serious harm, claiming numbness in the fingers of his left hand as well as ache in the shoulder. It’s possible the blow, or its imagined effect, aggravated a repetitive strain injury already troubling Gould. For his part, he claimed Hupfer had dislodged his shoulder blade. He began daily orthopaedic and chiropractic treatments and cancelled numerous concert appearances even while, in other periods, he went on performing with apparent vigour.

In the spring of 1960 an orthopaedic surgeon in Philadelphia, Irwin Stein, agreed to put Gould in an upper-body cast, his left arm elevated over his head. Gould assumed this bizarre hailing posture for a month, a period of discomfort that left him with an irrational dislike of the city of brotherly love, where he would cancel a concert the next year. Indeed, the Hupfer slap now provided Gould with an excuse to cancel or avoid any commitment he did not care for, from shaking hands with strangers to the entirety of his 1960 European tour.

It also gave him sufficient cause to bring suit against Steinway. Just two days short of a year after the slap, on Dec. 6, 1960, he filed suit against Hupfer and the company, demanding $300,000 in personal damages. The company responded by revoking his status as a Steinway artist and banning him from the Steinway hall. The following summer, in August 1961, the dispute was resolved out of court, with Gould finally agreeing to accept recovery of his legal and medical expenses: $9,372.35. He was restored to good standing as a member of the Steinway stable—but employees were now expressly forbidden to shake his hand. Backslaps are not specified but were, one imagines, suppressed a fortiori.

Eighteen years later, in June 1977, Gould began to experience a breakdown of control over his hands, numbness, and dysfunction similar to that resulting from—we cannot fairly say caused by—the Hupfer slap. This time, however, there was no Hupfer, and Gould was unable to externalize his unease, still less to sue anyone. Instead, and now characteristically, Gould internalized it. His diaries from this period show a long series of experiments, reported in pseudo-scientific language, attempting to diagnose the flaw in his physical mechanism. Gould dismantled his playing the way a slumping golf professional demolishes and then tries to rebuild his swing, even going so far as to alter his facial expressions as a way of shaking loose his wayward fingers.

Other masters of repetitive movement often find themselves paralyzed by the press of analysis, such that the most habitual movement in the world becomes itself impossible—one thinks here of the golfer Ian Baker-Finch, whose career exploded when he could no longer execute his easy swing in competitive environments, or the New York Mets catcher Mackey Sasser, who one day found himself unable to toss the baseball back to the pitcher after a ball or strike.

Gould was well aware of this problem. In several interviews and publications throughout his career, he refers to it as “the centipede conundrum,” from the childhood wisdom that a centipede knows perfectly well how to deploy its hundred feet—unless and until it is asked to explain how. “I don’t want to think too much about my playing,” he said, when asked about, for example, his humming, “or else I’ll get like that centipede who was asked which foot he moved first and became paralyzed, just thinking about it.”

When performance becomes conscious of itself as performance, the lucid mediation between thought and sound is broken, and the tripping begins. Thus the necessary distractions offered by closed eyes, bodily swaying, humming, and even external noise.

One can speculate endlessly about the causes of Gould’s late-career breakdown; everything from the recent death of his perfectionist mother to the routine pressures of middle age has been cited. And it is surely the case that his hypochondria, combined with the cycles of self-medication, anxiety, and (importantly) the means to indulge these, created its own toxic energy. But I think the simplest explanation is both the best and the most frightening. Gould was caught in a control freak’s nightmare. Even as he struggled to fix something he felt was broken, he was attacked by new waves of misgiving about whether the steps he was taking to solution were actually making the problem worse. Not only was his playing stalled by thought—in other words, he had become the centipede—but, far worse, the thought itself had become stalled, recursive and self-negating at every moment. This is the energy of consciousness bent back upon its bearer.

There was, and could have been, no resolution to Gould’s malady because, by its own definition, resolution could only mean further thought; and thought was itself the malady. There is no cure for that, because, even were he able to frame this last thought, the one concerning thought’s self-violence, no escape is thereby made available—except in the obliteration of all thought, of the very fact of consciousness. Until then, there could be only further imprisonment in the labyrinth of reflection. M