The Literary Review of Canada ranks 25 books for 25 years

The LRC ranks the best Canadian books of a quarter-century. Here's the list. 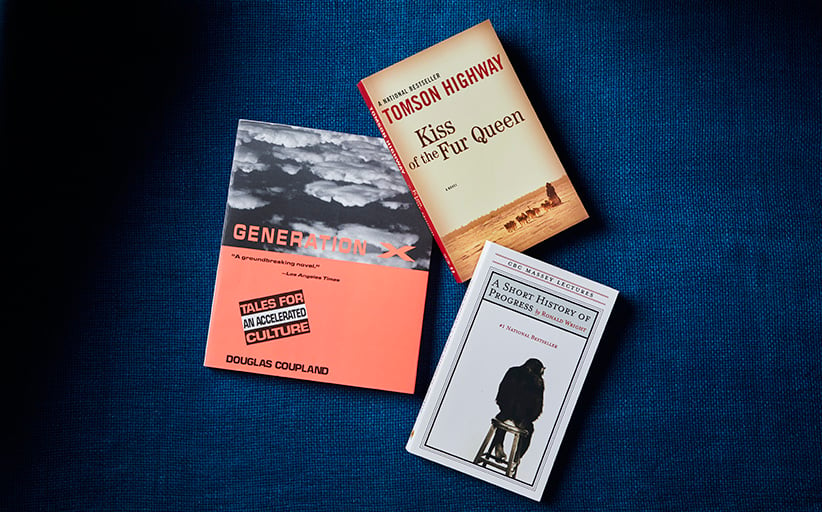 It would seem to be courting controversy to choose from the half million or so books published in this country in the past 25 years a list of the top 25. This week the Literary Review of Canada marks its 25th anniversary by doing just that. The magazine’s list of the “25 most influential Canadian books,” along with written defences by prominent Canadians, appears in an editorial supplement in the LRC’s November issue.

1. Fire and Ice: The United States Canada And The Myth Of Converging Values, by Michael Adams
2. Alias Grace , by Margaret Atwood
3. Shake Hands with the Devil:  The Failure of Humanity in Rwanda, by Roméo Dallaire
4. Clearing the Plains:  Disease, Politics of Starvation and the Loss of Aboriginal Life, by James Daschuk
5. Generation X: Tales for an Accelerated Culture , by Douglas Coupland
6. The Brain That Changes Itself:  Stories of Personal Triumph from the Frontiers of Brain Science, by Norman Doidge
7. Citizen of the World and Just Watch Me: The Life of Pierre Elliott Trudeau , by John English
8. Boom, Bust and Echo:  Profiting from the Demographic Shift in the 21st Century By David K. Foot with Daniel Stoffman
9. The Tipping Point , by Malcolm Gladwell
10. Sisters in the Wilderness:  The Lives of Susanna Moodie and Catherine Parr Traill, by Charlotte Gray
11. Nation Maker: Sir John A. Macdonald: His Life, Our Times, by Richard Gwyn
12. Kiss of the Fur Queen , by Tomson Highway
13. The Book of Negroes  , by Lawrence Hill
14. Blood and Belonging:  Journeys into the New Nationalism By Michael Ignatieff
15. Dark Age Ahead , by Jane Jacobs
16. The Inconvenient Indian:  A Curious Account of Native People in North America, by Thomas King
17. No Logo: Taking Aim at the Brand Bullies , by Naomi Klein
18. Paris 1919  Six Months That Changed The World, by Margaret MacMillan
19. Shooting the Hippo: Death by Deficit and Other Canadian Myths , by Linda McQuaig
20. A Fine Balance , by Rohinton Mistry
21. The Love of a Good Woman , by Alice Munro
22. The Better Angels of Our Nature: Why Violence Has Declined, by Steven Pinker
23. The Unconscious Civilization , by John Ralston Saul
24. A Secular Age, by Charles Taylor
25. A Short History of Progress , by Ronald Wright