Gary Hart ushered in a new era of confessional politics. How did Canada avoid it? 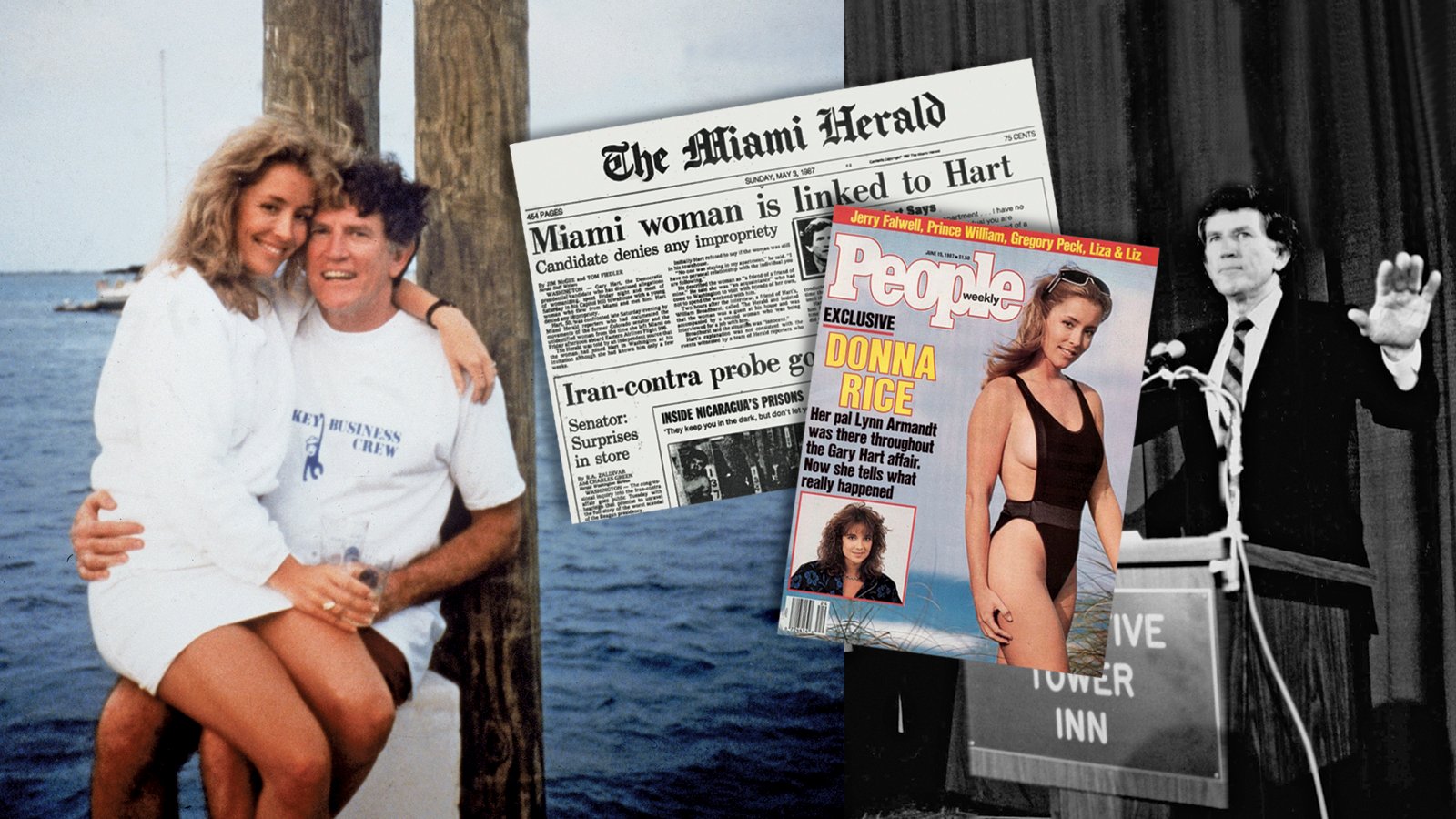 If Stephen Harper, Justin Trudeau or Thomas Mulcair were having an affair, would you click on a headline about it? Probably. Would Canadian journalists ever give you the chance? Probably not. Such restraint is curiously divergent from the X-ray scrutiny of politicians in the United States, where, a generation ago, everything personal became political, especially sex.

Back in 1963, American president Lyndon Johnson could sit down with a group of reporters, slap a few backs, and add, “One more thing, boys. You may see me coming in and out of a few women’s bedrooms while I am in the White House, but, just remember that is none of your business.” In 1964, he passed the Civil Rights Act, the business for which history honours him.

The ground shifted in 1987 when a group of journalists staked out the home of Gary Hart, the heavy favourite to become the Democratic nominee for president, to report on the visit of a blond bombshell named Donna Rice who happened not to be his wife. Soon Hart faced the question no one ever dared ask Johnson (or the crowded pantheon of feted presidential philanderers): “Have you ever committed adultery?” Hart said, “I do not think that is a fair question,” before ill-advisedly answering it anyway, with enough lying to tie a noose. His campaign went from meteoric to supernova within five days. He has been exiled from public life ever since.

Gary Hart’s sex scandal and premature political death signalled a sharp turn for the worse in American politics, argues Matt Bai in his new and compelling book, All the Truth Is Out: The Fall of Gary Hart and the Rise of Tabloid Politics. Bai charts the emergence of Americans’ fixation on the “character” of their aspiring leaders. The concept was amorphous enough to justify almost any kind of scrutiny. Journalists were determined to ferret out lies and hypocrisy, consequential or otherwise. Before long, Bai writes, “the nation and its media took a hard turn toward abject triviality.”

Hart belonged to the genus of men who are visionary leaders but lacking husbands. He had planned to invite Mikhail Gorbachev to his inauguration to decisively thaw the Cold War. (Over drinks, years later, Gorbachev told him he would have come.) Hart saw the coming information shift in the economy, years ahead of his contemporaries. In 2002, he was among the few prescient voices predicting the dangers of an Iraq invasion. It mattered not: His ideas remain footnotes to his entry as America’s iconic political adulterer. Hart not only ushered in a new adultery test for politicians (a test candidates must regularly take, if not pass), but also a new era of confessional politics favouring vapidity over substance.

“If it wasn’t Hart, then it would have been someone else,” Bai says. “It was inevitable, based on where the media and culture were going.” He attributes the shift in media coverage to a confluence of factors, including a resurgence of conservative puritanism and the post-Watergate journalistic mania for exposing deceit, any deceit, of the powerful.

Somehow, Canada has largely dodged tabloid politics. Much more of the personal remains apolitical: who sleeps with whom, who worships what. Canadian scandals are fewer and further between, but probably not because we elect angels.

Gil Troy, a professor of American history at McGill University, attributes diminished personality politics in Canada to structural differences. “Our political focus is less intense on individuals. We focus more on party politics and less on personal brands,” he says. The threshold for exposing hypocrisy is markedly higher. Canadians may or may not be more prudish, but we are not puritans.

Of course, norms are fluid, as Hart discovered in 1987, and as French President François Hollande continues to learn in 2014. The French taboo about outing adulterers has not spared Hollande from a telephoto lens trained on his bedroom door. In the end, as Bai says, “Every generation gets to decide what is news.”