'The Royal We': A delicious romp of a royal romance

Patricia Treble on a hilarious, perceptive gem from the creators of the Go Fug Yourself website that doesn't merely retell Kate and William's story 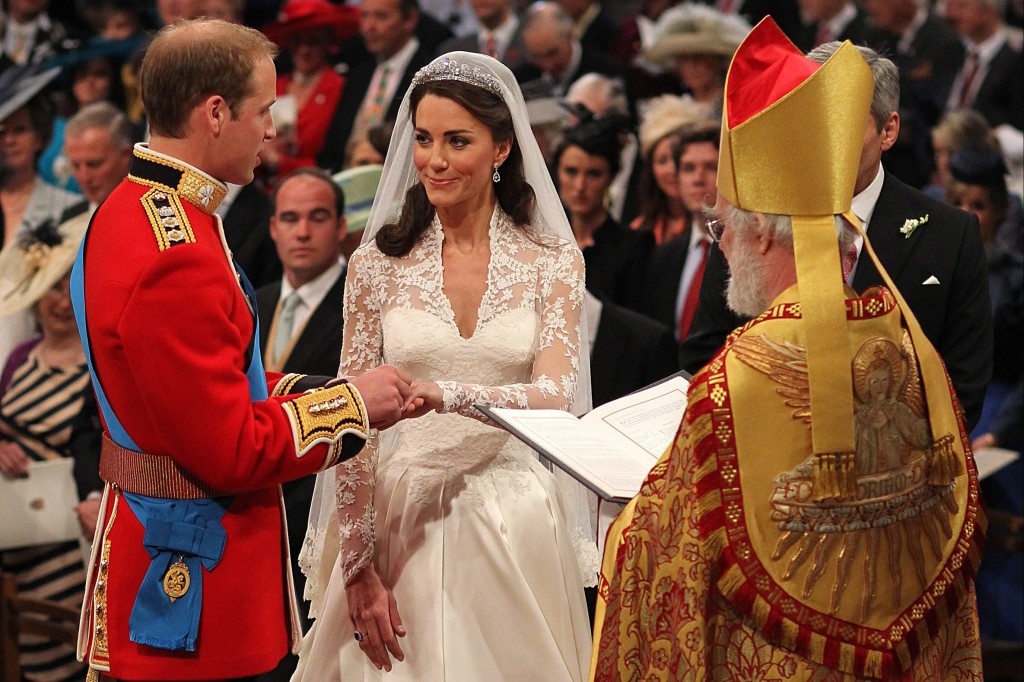 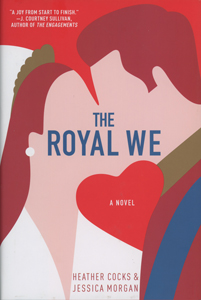 Like royalty, romances are governed by ancient, unchanging rules (Girl meets boy, their relationship is beset by crisis before true love prevails, etc.) So be warned: I discuss—in a very general fashion—the ending of this romance. It will in no way spoil a reader’s enjoyment of the novel.

Once upon a time a handsome prince went to university and fell in love with a beautiful commoner. After the ups and downs of a long courtship, he eventually proposed, giving her the famous ring his mother had once worn. For their marriage in Westminster Abbey, he wore the dress uniform of the Irish Guards, while she wore a white Alexander McQueen.

Nick and Bex lived happily…what, did you think this was about Prince William and Kate Middleton? Pish posh. This is a fairy tale, not reality. Heather Cocks and Jessica Morgan, a.k.a. the Fug Girls behind the witty celebrity blog Go Fug Yourself, have written a delicious romp of a royal romance, The Royal We. It’s a deeply funny, remarkably perceptive take on life behind gilded gates, as well as the sacrifices and compromises demanded of anyone who falls for a good looking royal. There may be the obligatory happy ending, but little else is the earnest fare that usually passes as royal romantic fiction. One expects nothing less from a pair who create sarcastic, snarky, but never cruel posts. “We like to say, ‘We don’t hate your soul, we hate your pants,’ ” Heather Cocks says in an interview with Maclean’s.

While The Royal We is a riff on William and Kate’s romance at St. Andrews University in Scotland, the authors have created their own world, rather than just change a few names and dates. Yet what they’ve created is perhaps as close to seeing inside a relationship with a royal as we’ll ever get. William and Kate’s story is now myth. What no one knows is whether that accepted public account bears any relationship with reality.

In The Royal We, Rebecca “Bex” Porter arrives in Oxford for a term at Pembroke College, frazzled from a trans-Atlantic trip that started in Des Moines, Iowa. It’s an unrecognized Prince Nicholas of Wales who carries her bags up to her third-floor room. Her first encounter involves a lame joke involving regal syphilis; a tiny towel and tampons feature in the second.

She doesn’t just live in the same dorm as Nick, but on the same floor. The other students are close friends of Nick and his family who protect the heir from over-eager wannabes in ways his personal protection officers can’t—to flush out disloyal hangers-on, they plant fake stories in order to see what makes it into the tabloids. Soon Bex is part of the club and discovers two of Nick’s secrets: he’s terrible at cryptic crosswords and prefers coffee over tea. At the time, he’s hiding in the bushes, avoiding the inevitable, unending glare of prying eyes.

The Fug Girls have empathy, but no pity, for princes like Nick, or the real William and Harry, who were born into their roles. “In Hollywood, you get people who seek the fame, seek the fortune,” Morgan says. “Kim Kardashian could have gone to University of California at Irvine and become a high school teacher. She wants this attention. [The princes] are going to get it whether they want it or not.”

Often, it’s a catch-22. As Nick explains: “I feel like I have to be so careful all the time. I have a non-hilarious conversation just once, and then the next day the papers write that I’m ‘Nick the Prick,’ because I wasn’t grinning like a madman. But if I’m having too much fun, I’m a drunken lout.”

When the romance starts getting serious, Lady Bollocks (officially Lady Beatrix Larchmont-Kent-Smythe) lays down the law: “Nick is my friend, and I don’t want him going any further with someone naïve or unsuitable, or weak. So if you do not think you can handle it, step aside before it ends badly for both of you.”

Yet when the public find out, it’s Lady Bollocks, in full aristocratic commando mode, to the rescue. She orders Bex to stock up on basic dresses and skinny jeans as well and shred everything, lest it fall into wrong hands. She has to plaster a smile on her face, and not react when photographers yell, “Oi, nasty tart, look up,” from a few feet away.

It’s the myriad of small, perceptive, inventive details that make this romance such an enjoyable read. While the Middleton money comes from selling party planning supplies online, the Porters are far more uniquely American. Earl Porter made his fortune by inventing the Coucherator, a sofa with a built-in refrigerator. “It needed to be a bit tacky,” says Morgan. One of Bex and Nick’s best friends is Gaz, short for Garamond. His grandfather invented the typeface, so Gaz refuses to read anything in san serif.

It’s not all smooth sailing. Nick’s family life is a mess. His father is distant, while his mother, Emma, hasn’t been seen in public for years after having a complete mental break from reality. And Bex’s twin, Lacey, loves the attention, oblivious of the danger. The press is unrelenting. During a breakup, Bex tells Nick, “Being your girlfriend was temporary, but being your ex is for life.” Bex and Lacey are dubbed “Ivy League” by the tabloids because they are “attractive, creeping, climbing and pernicious.” (The Middletons were the “Wisteria Sisters” because they are “highly decorative and terribly fragrant with a ferocious ability to climb.”)

Laney makes the mistake of falling for Freddie, Nick’s only brother, who is Prince Harry in all but name. As the book explains, “Where the public is protective of Nick, it lusts for Freddie; it is Nick’s communal parent, but Freddie’s collective mistress, and I have never met a more gleeful rogue.” The authors admit to finding it hard to separate the real Prince Harry from his fictional doppelganger. “I did a whole comment on the website about Harry, and called him Freddie,” Cocks admits, “and had to delete it.”

Of course, there is a huge scandal, one that seems tame to readers but, in world obsessed with royalty, one that could haunt all involved with 20 years of nasty headlines. In the end, however, true love wins out for two kids who they have something rare. “We will forever be Nick and Bex,” the book concludes. “An unbreakable we, at last.”

Readers can only hope for a sequel. The authors have mused about recreating William and Kate’s recent trip to Australia and New Zealand. Or setting it in the wine country of Italy or France, where, no doubt, they would have to undertake copious amounts of research.

FILED UNDER: book review Go Fug Yourself royalty The Royal We