Why sports fans fall so deeply in love 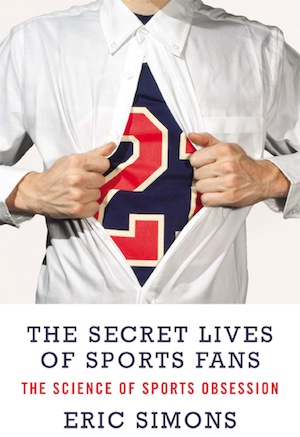 For millions in this country, spring is the season of false promise. The stirrings of hope followed by a few weeks of joy, then, almost inevitably, heartbreak and mourning. In the 20 seasons since a Canadian NHL club captured the Stanley Cup, hockey fans have become accustomed to the disappointment. But it hasn’t stopped them from caring—sometimes beyond all reason—about the accomplishments and failures of their home teams.

That irrational attachment to a bunch of millionaires playing a game for the profit of of billionaires is most often explained away as a national obsession, or maybe something akin to a religion. But as Simons points out, what motivates passionate sports fans is a lot more complex than what happens on the field or at the rink. “The first great power a team has is to grant us the answer to the who-am-I question, to give us that pride in ourselves, even when other parts of our lives aren’t okay. But the even better power they have is to confirm our identity and turn our pride into self-esteem.”

In his quest to unravel just why that is, Simons—a committed fan of the California Golden Bears and the San Jose Sharks—delves deep into the science of fandom. What he finds is a nexus of almost everything that makes humans tick, from hormonal reactions to questions of identity, and even romantic love.

Weaving interviews with researchers with his own experiences in stadiums and barrooms, the author succeeds in making some pretty dense subject matter accessible. In the end he concludes that despite all those biological, psychological and societal drivers, our sports obsession is still mostly a matter of choice. But the work stands as a convincing argument that, for many people, their relationship with their chosen team is the most complicated and rewarding one in their lives.