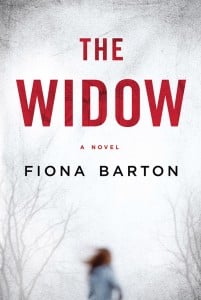 Fiona Barton’s much-buzzed-about novel starts in June 2010, when Jean Taylor has been a widow for a week. “He was there one minute, giving me grief about what sort of cereal I should’ve bought, and the next, dead on the road,” she remembers. Anyone else hit by a bus would have been mourned. Not Glen Taylor. As a suspected child abductor, he died one of the most hated men in Britain.

Barton has written a compelling look inside a horrible crime. While it could be devoured in one heart-stopping gulp, this is a book best savoured slowly, with the time to luxuriate in the myriad carefully placed details—even an act so automatic as picking up a piece of litter will eventually have a major impact later in the saga.

While the book begins with the widow, the saga within its pages starts four years earlier. That’s when Dawn Elliott reported her two-year-old daughter, Bella, missing, taken from the front garden where she had been playing with the cat. With no body, little evidence and few immediate suspects, the investigation is a messy, complicated slog.

Instead of focusing on one character, the author gives readers a courtside view of the inner psychological workings of everyone involved. Each chapter is told through the eyes of one character with a deep vested interest in the case—Bella’s mother, the detective, the reporter, still-alive Glen Taylor and especially his widow, Jean.

It is a discomfitingly intimate look at a crime and it will both engross and disturb readers. As motives, actions and reactions are revealed, our perception of the characters shifts and twists. Especially that of the widow. Jean Taylor begins the novel as the good wife, loyally standing beside her man. Slowly, doubt eats at her. “Everyone was very kind,” she thinks after his death. “I couldn’t tell them I was glad he was gone. No more of his nonsense.”