When the Toronto International Book Fair opens this week, it will take writers directly to readers 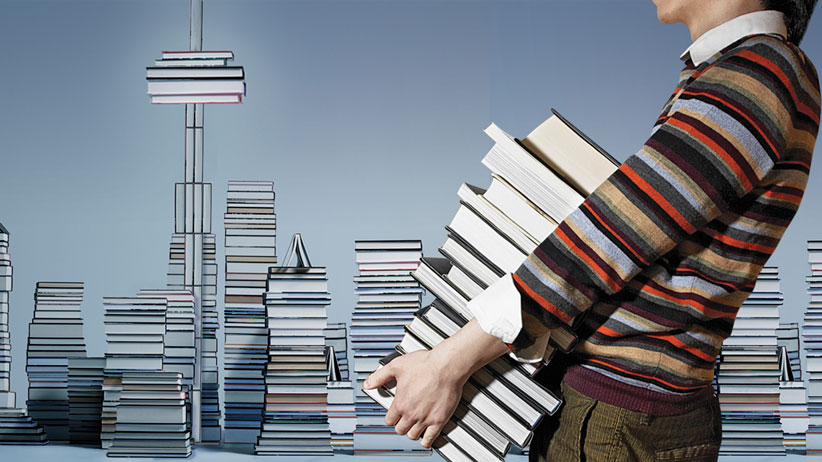 When the Canadian book trade, or at least the huge proportion of it found in and around Toronto, gathers at Inspire! The Toronto International Book Fair on Nov. 13 for the first time in six years, most of the usual suspects will be present. Inspire is a kind of reboot of Book Expo Canada (BEC), the country’s decades-old book trade fair, dead since 2008, where publishers used to display their wares to booksellers. This time there will be 400 featured authors, traditional publishers big and small, and Indigo, by far the biggest bookseller in Canada—but not all the former participants. Some publishers, like HarperCollins, already heavily invested in traditional fall-season promotions, have adopted wait-and-see approaches. Still more noticeable by their absence will be indie bookshops.

But there will be something new: readers. And not just readers, who weren’t invited to the industry-only event in the past, but readers who have paid their way in—some 30,000 of them at $15 each over the course of the four-day fair, if the organizers’ hopes are met. It will all be an arresting display of publishing’s roiling distribution revolution—primarily, but not entirely, an offshoot of the digital revolution—and another tack in the book trade’s scramble to address its central issue: how to connect writers and readers, while making a profit. “We think our show will work precisely because it’s a changing world,” says Rita Davies, one of Inspire’s three executive directors. “Torontonians love cultural events and, with fewer brick-and-mortar bookshops around, they have fewer chances to see books and authors. This is a giant browsing opportunity for them.”

Many of the key industry players have jumped at it. Penguin Random House, which publishes about 40 per cent of the books in Canada, has partnered with Indigo, which sells even more (about half). It’s also brought along stars, from astronaut Chris Hadfield to vampire queen Anne Rice, to add to those writers —including Margaret Atwood—who’ve been signed up by Inspire.

Even more enthusiastic are the elements of the trade ill-served by traditional structures. “We have five price points [for booths] varied enough even for micro-publishers,” says fellow executive director John Calabro. “So we are able to cover areas rarely brought into focus: First Nations and Métis authors—a huge presence—international authors, digital publishers, self-publishing services, workshops—how to find an agent, sell a proposal—and we are filled up.”

Some publishers are more cautious, though. House of Anansi president Sarah MacLachlan shares HarperCollins’ response. “The timing, just after the Word on the Street Festival and the International Festival of Authors, is difficult—my staff is fully engaged already.” She wonders too, how different Inspire is from those earlier events. “The show has no rights component, and paid entry?” (The rights component is a vital element of events like the Frankfurt Book Fair, where hot publishing titles are picked up by international publishers.) “BEC used to be in June, which was a fairly open space on the calendar,” says one skeptic, who wishes to remain anonymous. “There aren’t a lot of huge-drawing authors there—they’re all booked elsewhere.”

The other absentees, of course—the surviving independent bookshops—will probably never enlist. The timing, aimed at Christmas shoppers (there will be gift-wrapping services) and the discounts allowed (up to 30 per cent) hit the indies hard at their most crucial time of the year. The discounts, though, were inevitable, both because Indigo, Inspire’s retail partner, discounts as a matter of policy, and to entice consumers to pay the $15 admission fee. “At 30 per cent,” says one bookstore owner, “I couldn’t pay my staff for their time.”
If Inspire is a success, it will be because, in a ecosystem marked by the thinning out of bookshops, it offers an innovative writer-reader connection. At the same time, by cutting out the middle man, at least in part,  how can it not contribute to that thinned-out landscape?