The author of the Shetland and Vera novels calls herself a human geographer. The settings for her stories aren't, she says, only a 'pretty backdrop to the action.' 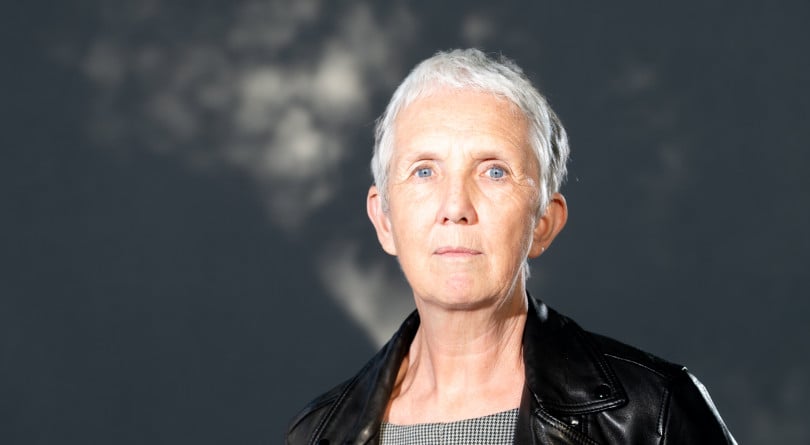 Ann Cleeves, 65, was on the run two years ago when she came home to Devon and the English West Country town of Barnstaple, where she had spent “magical” teen years. One of the best-known and best-loved British crime writers at work today, Cleeves unexpectedly lost her husband of 40 years when he died in hospital on Dec. 16, 2017, after being admitted for a heart condition. “I just wanted to be somewhere where I wasn’t going to get that pity and sympathy,” she says in an interview. “And the memories of Tim were so very raw.” Cleeves’ two daughters lived very close to their parents’ home in Whitley Bay, Northumberland, on England’s northeast coast, but “I thought they needed a break from me and I needed a break from them. So I have an old, very good school friend who still lives in Barnstaple, and I went and stayed with her for a few weeks.”

It was a sojourn that brought the author a new setting, new characters, a new book series and, coming soon, a new TV series. “We are all the sum of how our parents raised us, the friends we played with, the places we played,” Cleeves says. Detective Matthew Venn, the lead character in The Long Call, the first novel of her new Two Rivers series, “couldn’t have come from anywhere else but the West Country.” Barnstaple is itself is a character; anyone arriving there by train will almost immediately see the Woodyard, the crumbling lumber factory turned art and therapy centre that is the central hub of The Long Call. Except the real one is still derelict. “I used to pass it going to school every day, back when it was a thriving maker of doors and window frames,” says Cleeves. “This time I met the owner, who now wants to turn it into luxury apartments. I gave him a copy of my book and told him it would be really cool if he turned it into a community art centre.”

In the local Waterstones bookshop, assistant manager Jane Bayliss was explaining how she couldn’t keep The Long Call in stock when a patron interrupted to describe how she had “walked” the entire novel and marvelled at “how right Cleeves got the feel.” Bayliss agreed, adding that she too had replicated something Venn does in The Long Call, driving over the town’s bridge and—at the same place on the bridge and same time of day as the detective—looking over her shoulder at the local girls’ school, which her daughter attends. The sight was exactly as described. (“Had to get that right,” says Cleeves, when Bayliss’s comment was mentioned—“I went to that school, too.”)

In those core aspects, Venn and Barnstaple are no different than any of Cleeves’ other series leads and locales, all of which grew from her moves around her native land. Cleeves’ youthful stint as an assistant cook at a bird sanctuary on remote Fair Isle eventually brought her the Jimmy Perez Shetland novels and, more immediately, a husband, after ornithologist Tim came to visit. His work with a nature conservatory trust soon put the newlyweds on a tidal island off England’s western coast. There were no other residents, electricity, water or even access to the mainland except at low tide.” If you’re not fond of birds—and I’m not—there’s not much to do there,” says Cleeves understatedly. So she started writing about amateur sleuth George Palmer-Jones, the sort of deep-dyed birder the British call a “twitcher,“ and “it’s no accident I killed a birdwatcher in my first book—it might have saved my marriage.”

The couple and their two daughters were settled in Whitley Bay by 1987, where the Northumberland setting inspired Cleeves’ six Inspector Ramsay novels. And it was there that she began her ascent up the bestseller lists in 1999 with Detective Inspector Vera Stanhope of the Northumberland and City Police, a climb completed when the first Perez novel, 2006’s Raven Black, won the British Crime Writers’ Association Golden Dagger for best crime novel of the year, enabling the author to quit her day job at a local library. From then until the last of the eight Shetland novels in 2018, Cleeves alternated the Perez and Stanhope books, and both Vera—still going strong in its 10th season—and Shetland became hugely popular TV series. Small wonder Cleeves, who celebrated writing “30 books in 30 years” in 2016, waves away talk about being prolific: “persistent is closer to the truth.”

RELATED: The 10 books you have to read as bitter cold winter returns to Canada

Cleeves, in short, is a writer of place before all else, a “human geographer,” as she calls herself, because “place isn’t just a pretty backdrop to the action.” People and stories grow out of it, just like the sharp memories of her husband that made Whitley Bay temporarily intolerable. “Jimmy Perez I don’t think could have come from anywhere other than the Shetlands,” she says, before adding that the compelling if shambolic Vera Stanhope “certainly couldn’t have come from anywhere except the Northumberland hills.” Cleeves has given classes on human geography at crime writers’ conferences, telling attendees “they need to know where they’re writing about to understand who they’re writing about. Even small things—the name you give your character or the rhythm of speech—come from it.” Speaking of character names, Cleeves adds wryly, “I found out since writing my book that The Return of the Native,” by the West Country’s great 19th-century chronicler Thomas Hardy, “has a character called Venn. I would love to believe that I knew that before.”

Cleeves’ arrival at her friend’s home in Barnstaple brought her back in time as well as place. “We just started talking about growing up there,” the author recalls. “She had grown up in one of evangelical sects, like the Plymouth Brethren, that are part of West Country tradition. That’s how Venn was born. I got to thinking about a character brought up as the only son of doting parents who thought he would be their church’s next great leader, and then losing his faith.” And that happened before Venn, who “had felt unsettled in his own skin for years,” fully realized he was gay. “So he joins the police force because it gave him what he once had with his family: hierarchy, duty, service, the possibility of redemption, of justice.” The third key event in Venn’s backstory is meeting Jonathan, the man who became his husband and “lightened him up, gave him hope.” Jonathan, in charge of the Woodyard, “is not any of the things that obsessed Matthew,” laughs Cleeves. “His value system is about kindness rather than anything resembling due order.“

The Long Call opens with Venn, unwelcome within, standing outside the chapel of the Barnstaple crematorium where his father’s funeral is taking place, angry, frustrated and, as usual, suppressing his emotions. He’s soon called away by the discovery of a body in the shoreline marsh where two Devon rivers, the Taw and the Torridge, together form an estuary that empties into the sea. There Venn, in sight of his own nearby house, hears the long call, a particular cry of the local herring gulls “which always sounded to him like an inarticulate howl of pain.” As always, the surroundings, even the gulls’ plaintive cries, lift his spirits: after starting his police career far from Devon, Matthew Venn is home again, to a place that’s always meant mixed joy and sorrow. What he doesn’t know yet, in this exceptional and intricate series debut, is that solving his case will require a deep dive into his own history, as well as Barnstaple’s.

Now that the Shetland series is finished—“eight murder mysteries are quite enough for a community of 23,000,” says Cleeves—Vera and Venn will carry on their creator’s alternating habit. And Cleeves will be back in Devon more often, accompanying producers and scriptwriters from the same production company that brought her other characters to TV. “I want to give them a sense of the place before they even start writing this—it’s really important for them, too.”