Canadians adore Queen Elizabeth. Her son? Not so much

For some Canadians hoping for a message on their 100th birthday, only one monarch will do 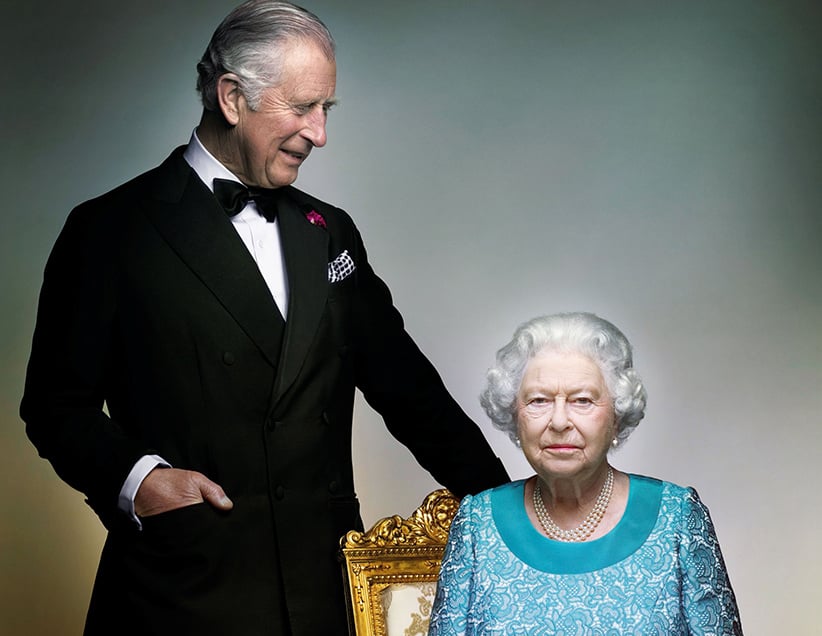 Britain’s Prince Charles poses with his mother, Queen Elizabeth, in the White Drawing Room at Windsor Castle, in this photograph taken in May 2016, released by Clarence House in London to mark the end of the year of celebrations for the Queen’s 90th birthday, on December 17, 2016. (Nick Knight/Clarence House/Reuters)

Marian Hoyt’s first memory of the monarchy goes way back to 1930. She was only six years old at the time and growing up in New Brunswick, but she remembers her mother showing her pictures of a young girl, two years her junior, living an ocean away: Princess Elizabeth. “She wore the prettiest dresses,” Hoyt says. “We were wearing hand-me-down clothes, but I wasn’t envious because I knew she had that position to keep.”

Ever since that moment Hoyt had an admiration for the royalty. She remembers the Second World War and Elizabeth’s decision to join the service as a truck mechanic. Hoyt talks glowingly about the day in 1953 when she watched on TV as Elizabeth II was crowned the Queen. And when Hoyt turns 93 in August, she will be only seven years away from potentially getting a coveted letter from Her Majesty Queen Elizabeth II. Any Canadian who is 100 years old—or more—is eligible to receive birthday messages from the monarch.

“I would love to get a letter from the Queen, but only if I’m able,” Hoyt says. “I’m doing pretty well [right now]—for an ancient one.”

Hoyt appears to be in great shape to make a run to at the century mark. She uses the computer plenty, allowing her to keep in touch with the grandchildren. She has a garden to tend to in the summer. And in the winter, she’s not averse to going outside to do a bit of shovelling when the snow falls outside her home in Prince William, N.B.

For Hoyt to get a birthday message from the Queen, however, would require Elizabeth to also survive for seven more years. And at 91, speculation about Her Majesty’s health runs rampant every time she misses a church service, as she did this New Year’s Day with a heavy cold.

Technically, if Elizabeth passes away, Hoyt could still get a letter from a future King Charles (or King William), but therein lies another layer. “I would prefer Elizabeth,” Hoyt says.

And she’s not alone. “With the Queen, there’s a sense that she too is a member of the generation that went through World War II,” says Carolyn Harris, a Toronto-based historian and author of Raising Royalty: 1000 Years of Royal Parenting. “For many people looking forward to these milestones and a birthday celebration from the Queen, there’s a sense she is someone of their generation who’s been through similar historical events.”

The 100-plus age demographic is the fastest growing in Canada, with 8,230 centenarians in the country according to last year’s census numbers. Last year, 2,261 Canadians received 100th birthday messages from the Queen. That’s a modest increase from 2014 and 2015 when 2,144 and 2,160 Canadians, respectively, got the letter. For those still counting down the years until they turn 100, they have lived with Elizabeth as their Queen for 65 years and counting.

Meanwhile, the heir apparent to the throne, Prince Charles, has never been the most popular of royal figures. Harris says he was largely overshadowed by the popularity of his first wife, Princess Diana. When their marriage fell apart, the news of his competing love interest filled the tabloids.

That might explain why only a slim majority of Canadians—54 per cent—favour Canada keeping ties with the monarchy after Elizabeth II’s passing, according to the Maclean’s Canada Project survey, conducted in partnership with Abacus Data.

Prince Charles’s popularity is slowly gaining steam across Canada, thanks to his many philanthropic endeavours and his role raising two outstandingly well-liked sons, Prince William and Prince Harry. He’s also undertaken multiple tours of Canada with his wife Camilla (including one more coming this Canada Day). Yet some wounds are not entirely healed among the public.

“I like all the royals but I was disappointed with some of them, like the way Charles’s marriage broke down,” says Robert Swinford of Barrie, Ont., who is six months older than Queen Elizabeth. “I’ve tried to overlook it, but it’s still outstanding.”

Swinford says his family has always paid the highest respect to the monarch. He remembers King George V’s funeral service in 1936. “We lived on the farm and all we had was the radio,” he says. “We stayed up to listen.” And when King George VI and his wife Elizabeth came to Canada a few years later, “we had to guard the bridges when the train went past to make sure they were safe,” Swinford says. “I saw them, but from a distance of course.”

Though it’s still almost a decade away, Swinford says he too would be honoured to receive a letter from the Queen for his 100th birthday—adding “but I don’t know if I’ll make it or not.”

And even if he does, what are the odds the Queen will too? Well, she clearly has some of the world’s best medical care at her disposal. Her genes are pretty good too. Her mother, also named Elizabeth but commonly known as The Queen Mother, lived to 101. “It’s certainly possible Queen Elizabeth might reign for another 10 years,” Harris says.

One thing Hoyt and Swinford have in common, however, is they would be honoured to receive a message from any member of the royalty if they are healthy enough to reach 100 years. But if they could choose, would they rather have the 100th birthday message from Queen Elizabeth? “Preferably,” says Hoyt. “But I wouldn’t shake my head at one from Charles.”