Céline Dion, and why it's all working out for her now 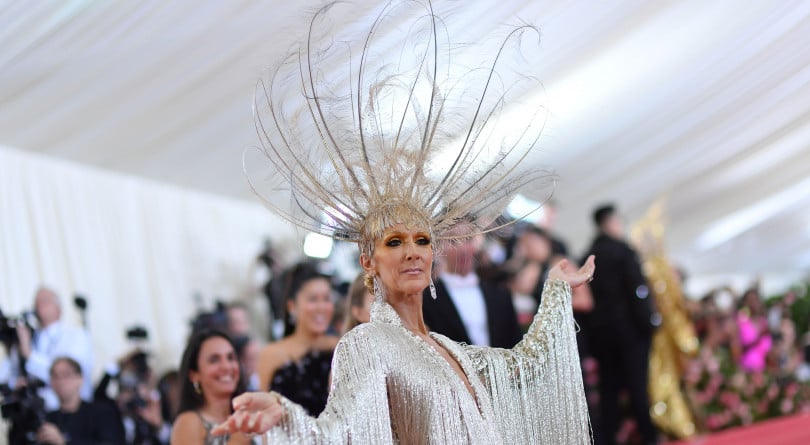 Dion at the 2019 Met Gala at the Metropolitan Museum of Art in New York. (Angela Weiss/AFP/Getty Images)

Céline Dion has announced she is ending her residency at the Colosseum at Caesars Palace on June 8. “I definitely have mixed emotions about this final run,” Dion said in a statement. “It’s been an amazing experience, and I’m so grateful to all the fans who have come to see us throughout the years.”

Carl Wilson is a Canadian music critic and the author of Let’s Talk About Love: A Journey to the End of Taste, a “case study” of Céline Dion, and an in-depth examination of popular musical criticism. As part of our week-long appreciation of all things Céline, Maclean’s writer Alireza Naraghi asked Wilson about Dion’s remarkable career, her life and the transformation she has undergone over the years.

Q: How do you feel about Céline ending her Vegas residency after eight years?

A: Well, this is her second residency—the first one, “A New Day,” ran from 2003 to 2007. So, I wouldn’t bet that it’s over for good. But I’m excited that she’s getting off that hamster wheel to do new things and explore this new phase of her life. She more or less invented the modern Vegas residency as an option for pop stars who are past their commercial prime—it’s an inversion of the usual model, in that the fans travel to see you rather than you touring to see them. So that’s another accomplishment that goes down in the Céline record books.

Q: Writing a book is a huge commitment and a big undertaking; what fuelled your curiosity about her and ultimately made you chose to write this book?

A: I’d had an idea for a long time to investigate what shapes people’s aesthetic tastes and the ways that clashes in tastes mirror social divisions. But it always seemed a little bit abstract as a book idea. Then the editors of the 33 1/3 series of books about albums asked me if I’d be interested in writing something for them. But they thought the first couple of ideas I pitched them were too obscure. So, I went to the opposite extreme and considered writing about one of the most commercially successful albums—and when I looked up the stats, Céline’s late-90s albums were among them. At that point a little bell rang in my head: Her popularity had always been a mystery to me, and one I took more personally because she was Canadian. That brought me back to the notion of the taste book—but with Céline as a kind of case study to focus it through. The very pleasant surprise was that so many other people “got” the idea and have responded to it.

Q: In the book, you point to the lack of balance in critics’ approach to reviewing music and artists. Do you believe that these tendencies are magnified in the case of Dion? If so, why?

A: Historically, critics have tended to be suspicious of what’s massively commercially popular—to see it as cynically made product rather than as art. Not just in music but with film, literature, pretty much any area. And like intense devotees in almost any field, we have a bias in favor of the underdog and the underrecognized. Of course, those biases don’t stand up to scrutiny. All you have to do is say “The Beatles” or “Shakespeare” to prove there’s no one-to-one rule you can make about quality and popularity. So that’s one factor. What made it especially bad for Céline was that she seemed so uncool, by the standards of the day, in ways that triggered all kinds of prejudices. The music was old-fashioned, with these big showy ballads. And her style and persona were kind of ostentatious but unsophisticated—her goofiness, her sentimentality, her accent, all of that.

RELATED: Vote for your favourite Céline Dion song: Round One

Not to mention that her backstory was inscrutable to a lot of the media, especially in the States, where there’s not really a lot of understanding of Quebec, culturally. And there was sexist bias against how feminine her music and presentation styles are. So, at the height of her fame she really couldn’t win with the media—she was made fun of on South Park, and on Saturday Night Live, and by countless newspaper and magazine writers. She was caricatured as over-the-top and tacky. There always were some critics who defended her music and especially her vocal performances, but it was a minority. But she’s outlasted all that and is having the last laugh today.

Q: Céline is recognized as a cultural ambassador and a grounded star. In your opinion, what sets her apart from other Canadian cultural icons?

A: For one thing she’s just much more famous than almost anybody Canada has produced, on a global scale, not just in the English-and-French-speaking worlds but across Asia, Africa, Latin America. There’s not a lot of precedent for that with Canadian artists. And while there’s a modesty to her personality, she does things with a grandeur that’s not typically our cultural style—even somebody as huge as Neil Young, for example, has always had a certain reticence about him. But Céline is pure showbiz. Being from Quebec is part of that, too–her affect just isn’t like most English-Canadian icons. Along with everything that she is personally, she’s a product of Quebec’s late-20th-century social revolution, asserting their identity in the world. Nobody’s more of a symbol of that than Céline, along with the Cirque de Soleil.

Q: Have you been tracking her career in recent years? What do you think of her more recent music?

A: Her last couple of albums have been interesting explorations of how she can update her sound, in a mature way. But the big testing moment is coming up this year—she’s releasing her first English-language album in six years, and more notably the first since René Angelil’s death. So, this is the first English album where she’s calling all the shots, and I can’t wait to hear what results.

RELATED: Inside the machinations and magic of pop music

Q: Do you believe that Céline’s music has stood the test of time and is still relevant in the context of current social norms?

A: Her biggest songs are as popular as ever, it seems to me, while the backlash against them has melted away with time. I think she’s gone from being one of the most divisive artists in pop—someone people either loved or hated—to an almost universally loved, uniting figure. The recent “Carpool Karaoke” segment she did with James Corden was a perfect illustration, ending with a self-parodying “My Heart Will Go On” in the water in front of the Bellagio fountains while crowds screamed and gaped. She’s benefited by nostalgia but also from a general shift in cultural values, I think. People are less hostile to sentimentality and kitschiness today than they were two decades ago—more able to embrace that over-the-top feeling. It’s a less gender-normative culture, too, and her diva persona and her status as a gay and lesbian icon help her cut across taste categories. It might have been hard in the 1990s to make a good case for why Céline was “relevant,” but it doesn’t seem too difficult in 2019.

Q: Losing her husband and manager René Angelil forced her to take control of her career for the first time. How do you think she navigated through those challenging times?

A: Aside from her personal sorrow, of course, all signs are that she’s thriving on it. She’s out and about at fashion events and award shows and, in the media, you can feel a kind of freedom and confidence radiating from her that wasn’t there when she had a boss for a husband. She even acknowledges her new liberty in interviews now, without ever criticizing René.

Q: You can find My Heart Will Go On still on many playlists, even with a younger generation. Why do you think, from a musical perspective, that particular song still resonates with many people, even if they’re not necessarily Céline fans?

A: It’s the Titanic movie tie-in that makes that song her most recognized even among non-fans—that movie being one of the few things in the late 90s that was even bigger than she was. It’s very far from her best song, but again it’s an opportunity for overjoyed group singalongs, because everybody knows the words and wants to see if they can hit the notes as it builds and builds. It’s basically Céline’s “Bohemian Rhapsody” or her “Africa,” her permanent contribution to the canon of beloved cultural cheese.

RELATED: Why Drake’s ‘More Life’ works as a ‘playlist’

Q: Do you think her rural background, and her experiences of struggling to fit in as a kid, shaped her disposition as a megastar?

A: No doubt it helps explain why she’s such a striver, such a never-say-die, tireless achiever. And it probably explains her materialistic tendencies (the endless clothes, jewels, and of course shoes). What’s harder to say is whether it made it easier or harder for her to deal with the negative parts of the attention. It might have made her more resilient, but it probably made her more sensitive and defensive too, and you can feel both of those factors in her personality and in her career story.

Q: What is Céline Dion’s legacy in your view?

A: She’s certainly a role model for all the big-ballad singers out there, the kinds of people you see on TV singing competitions—filling the role that famous Broadway singers did in previous generations. And I think people are inspired by her willingness to “be herself” (however performatively) and express her feelings and her attachments, and not to care about the rulebook of playing it cool. She kept a torch burning for sentimentality through an era when it tended to be sidelined. I wouldn’t say that her music itself is distinctively influential, but as a personality, she is. We can definitely say there’s only one Céline Dion. And her story isn’t over yet.