The problem with adding a famous Cree chief to 'Civilization' 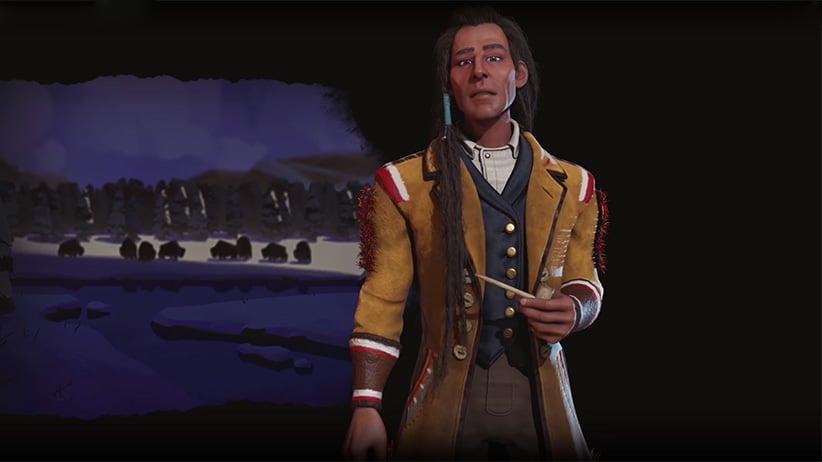 When Clyde Tootoosis set out to resurrect the Poundmaker Singers, he sought permission from his uncle, who founded the group, in the traditional way: with a gift of tobacco. “Permission came with strict rules,” he recalls. “No drugs. No alcohol. And he told me, ‘Don’t make it about money.’ ” So, when the singers were approached to record music for the Chief Poundmaker character in an upcoming edition of the popular video game Civilization, he didn’t quibble over remuneration.

Civilization, a game where historical ﬁgures use their unique skills to expand their empires (imagine the board game Risk, but on screen, with vividly drawn characters), is published by 2K Games, an American video-game behemoth. Its next edition features Chief Poundmaker, a revered chief from Tootoosis’s birthplace on the Poundmaker Cree Nation near Cutknife, Sask.

MORE: How to close the gaming industry’s diversity gap

Tootoosis says Geoff Knorr, the composer hired to do the score, told him his budget was tight and he could only pay about $100 apiece. Tootoosis, who makes good money working in the Alberta oil patch, recalled his uncle’s advice and agreed to record the music in exchange for a catered meal, gas money and jackets inscribed with the logos of the Poundmaker Singers and the game. The cost of the jackets, said Knorr in a Facebook exchange, “fully depleted the budget for any monetary pay.” But Tootoosis was excited by the opportunity to share his music with such a vast audience. “I wasn’t looking for a handout,” he says.

Not everyone from the First Nation is so magnanimous. To many, the game-makers’ decision to depict Chief Poundmaker without ﬁrst seeking permission from the chief and elders seems like history repeating itself.

From Cowichan sweaters to sports team logos, non-Indigenous businesses have long proﬁted from First Nations’ images, eliciting complaints of cultural appropriation. But the most divisive rifts of late involve narrative, and who has the right to interpret First Nations’ stories and history.

Milton Tootoosis, a headman at Poundmaker Cree Nation and cousin of Clyde, says custom requires that “if you’re going to borrow from another culture you must get approval.” He is angry no one asked permission to use the image of Chief Poundmaker in the game or sought input about the narrative from his First Nation.

Poundmaker was a peace chief who negotiated his nation’s treaty, but was convicted in 1885 of treason based on disputed claims about his role in the North-West Rebellion. Many believe the conviction was unjust, and the Cree, who have waged a decades-long campaign to expunge his record, recently got word from Ottawa an agreement “to address historic grievances” on the issue is forthcoming. To the Cree, says Milton Tootoosis, “he’s like the Pope or Dalai Lama.”

Characters in Civilization VI will seek to win through diplomacy, without military intervention, according to the game’s website. The company did not respond to interview requests, but it seems likely Chief Poundmaker was chosen for his reputation as a peaceful negotiator.

In a trailer for the game, Poundmaker is shown as a handsome man with shoulder-length braids and clothing true to historical photos. The narrative describes him as a diplomat and peacemaker. Knorr, who appears to be the only person involved in the game to meet anyone from the First Nation, wrote in a Facebook post that he was honoured to work with the Poundmaker Singers. “I was overwhelmed by the power and beauty of their singing and drumming. They take their responsibility to honour the tradition very seriously.”

The company has consulted with American First Nations in the past. Plans to depict the Pueblo Nation in a Civilization game were scrapped after the council objected to the use of their sacred language, according to Russ Pitts, founder of the gaming website Polygon. In 2013, Pitts spent days with the game creators for a lengthy feature article. He describes them as “complete history nerds” who get “really jazzed about the opportunity to introduce a new civilization. I would ﬁnd it difﬁcult to believe there was any ill will there.”

That’s not the point, says Winona Wheeler, an Indigenous studies professor at the University of Saskatchewan. “You’ve got to think about the history,” says Wheeler, whose late husband was Tyrone Tootoosis, an actor, activist and distant relative of Chief Poundmaker who took part in the push to exonerate him. “They’ve got our land and our resources. They’ve taken so much. All we really have of our own is our culture and our heroes.” The company did not consult and did not collaborate, she says. “That’s exploitation. It’s theft.”