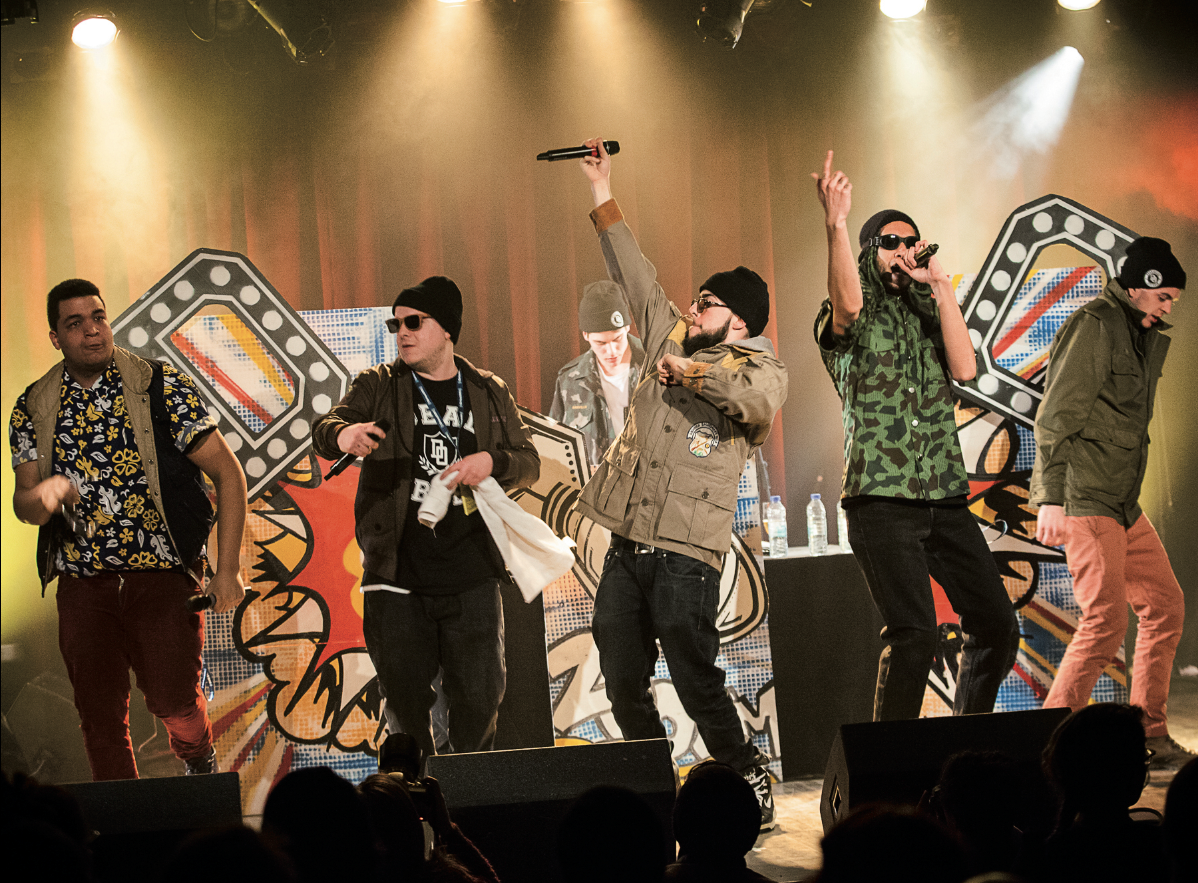 In Quebec, the sky is blue, water is wet and artists are separatists. The latter part of this handy truism stems from a generational shift beginning roughly 50 years ago, when the province’s cultural artisans and its nascent nationalist movement became joined at the brain, if not the hip.

The reasoning was simple enough: French, the language of the majority and the palette by which artists expressed themselves, was second-class. English was the boss’s language, the language of exclusion and, therefore, the devil incarnate. Being a bilingual French Canadian, as polemicist Pierre Bourgault once said, “is like being a slave . . . because we are forced to speak the language of the minority in our own country.”

Fast-forward a generation and, boom, here’s something called Dead Obies. The hip-hop crew recently released its third album, Collation Vol 2: La Experiencia, which has wowed many, simply because it’s what a rap record should be: denoting a place and a feeling—in this case, the crew’s stomping grounds on Montreal’s South Shore. The five rappers spit tales of sex, money and weed-steeped nihilism over the hypnotic drone of producer VNCE’s beats.

Familiar hip-hop territory, sure, but, as with any good record, the key is in the delivery. It’s staccato, intricate, stream-of-consciousness stuff reminiscent of Lil Wayne and, say, Run The Jewels, most of which is completely unprintable in a family magazine or its website. Here’s a small sample from Collation Vol 2:

Because of their rhymes, Dead Obies recently ran into trouble with several high-profile Quebec critics. Not for its sex, drugs and skinny jeans subject matter, mind you, but because the group dared to talk about all three (and much more) by seamlessly combining French and English—sometimes, as you can see, in the same line. The Dead Obies, wept an indignant Christian Rioux of Le Devoir, “amuse themselves by speaking in a creole that practically nobody can understand.” This “creolisation” of French, Rioux continued, “was suicidal for Quebec . . . With the Dead Obies, French drowns in the dominant English language.”

In fewer than 900 words, Rioux lays bare the reigning anxiety of Quebec’s present-day nationalist movement. Not only are his references dated—the average age of Luc Plamondon and Plume Latraverse, Rioux’s examples of those who apparently combine English and French “properly”: 70—but his argument reeks of the kind of insecurity that hardly exists in Quebec any longer. Mathieu Bock-Côté piled on, saying this “franglais” is a demonstration of how young Quebecers have “given up” on French. Louis Cornellier, meanwhile, said Yes Mccan, Dead Obies’ ad hoc leader, was “colonizing” himself by using English.

Time and circumstance have marched on. French is hardly threatened. According to statistics from L’Office de la langue française, cited here, more anglophones and immigrants speak the language today than in 1989, never mind 1969. Yet the nationalist argument, ripe with the kind of slave-era lingo that was de rigueur in Pierre Vallière’s 1970’s self-flagellating White Niggers of America, could have been plucked from a half-century ago.

In this sense, the term “creole” is loaded to the gills. Creole languages were spoken by slaves—Haitians and Guadeloupeans, among others—who tweaked the French language just enough to keep the slave master from understanding them. Telling, isn’t it, that Rioux can hardly understand what the Dead Obies are saying. (Rioux et al. are also remarkably out of touch, as Quebec rappers have been using English in their rhymes for ages. See, for example, the excellent Sans Pression.)

It’s a weird and difficult time for nationalists. If the polls are to be believed, the Liberal party received a bigger share of the youth vote than the Parti Québécois in last April’s election. This is an astonishing blow to the sovereignist movement, and not only because the Liberal party was the target of choice for Quebec’s student movement not two years before. Apparently, younger voters took one look at the PQ’s fear-based brand of nationalism—remember the charter?—and went with the lesser of two evils. As a result, as former Péquiste Jean-François Lisée lamented, “The PQ is, by far, [Quebec’s] Baby Boomers’ party.”

Happily, Dead Obies has made much hay on the backs of its critics. Yes Mccan wrote a pitch-perfect retort to Rioux and Bock-Côté here. Plug it into Google Translate if you don’t read French; it’s what rappers and wrestlers alike refer to as a “smackdown.” The resulting kerfuffle has gained them further exposure, as it should. Because, beyond all this nonsense, Dead Obies is just good hip hop. Get the album here.