Disney+ in August 2021: What's new this month in Canada 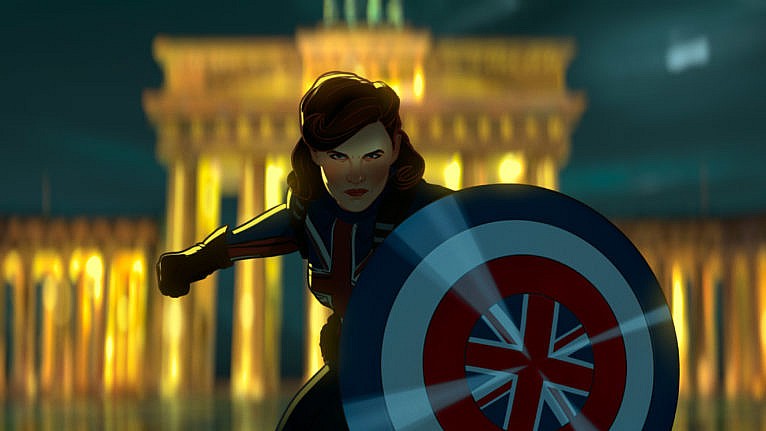 What If… (Beginning Wednesday, August 11)

Disney’s helpless dependence on Kevin Feige continues to be rewarded, as the Marvel Cinematic Universe launches its first animated series. The show is based on a Marvel comic of the same name, which imagined what popular Marvel storylines would have been like if one detail had been changed. (One story from that comic, “What if Jane Foster Had Found the Hammer of Thor?” will soon be the plot of the next Thor movie.) Like the comic, the show is hosted by the omniscient Watcher (voiced by Jeffrey Wright), who shows us what would have happened if the Marvel characters had become zombies or if Captain America’s love interest Peggy Carter had become “Captain Carter.” Some of the Marvel actors will be returning to voice their characters – including the late Chadwick Boseman, who did some of his last work here but not Robert Downey Jr. Also, Marvel has hinted that some of the alternate realities here may have ramifications for future “multiverse” movies. Though that might just be a way of convincing us not to assume that the stories won’t count.

Alas, this isn’t the Short Circuit about the robot who becomes sentient. Disney still doesn’t appear to own that yet. Instead, this is the second batch of short films from a special Walt Disney Animation Studios project, a contest for Disney employees where the winners were allowed to direct their own independent animated film with the full resources of Disney behind them. The shorts being released here are “Dinosaur Barbarian” (directed by Kim Hazel), about a dinosaur barbarian; “Going Home” (directed by Jacob Frey) about someone who goes home several times; “Crosswalk” (directed by Ryan Green) about a crosswalk where the light never turns green; “Songs to Sing in the Dark” (directed by Riannon Delanoy) about two creatures who sing songs in the dark; and “No. 2 to Kettering” (directed by Liza Rhea) about a girl riding the No. 2 bus to Kettering.

Even though Disney does own the Muppets, this isn’t about Animal from the Muppets. It’s a new nature-documentary series, whose first six-episode season is being released all at once, Netflix-style; each episode follows a different baby animal from conception to birth through growing pains, focusing on the cuteness of newborn animals trying to learn to walk, as well as the trouble their mothers have to go to to raise them right.

Is it still a spoiler that the season 2 finale of The Mandalorian had a really big guest star? Maybe, maybe not. Anyway, Disney doesn’t have a lot of new Star Wars content right now, so while waiting for another season of The Mandalorian and that Obi-Wan-Kenobi series, here is an extra episode of their “making-of” series where everyone talks about that particular guest star and why it was cool that he appeared.

Don’t be fooled by the promo art that says “Disney+” on it: this is another Hulu production that is airing on Disney’s adult imprint in countries (like ours) that don’t get Hulu. It’s described as a “raw and raunchy” comedy, so you can tell that it wasn’t originally made for Disney. The vacation friends of the title are a couple of obnoxiously wacky people played by John Cena and Meredith Hagner, who meet a less obnoxious couple (Lil Rel Howery and Yvonne Orji) while on vacation, and somehow decide that this entitles them to invite themselves to the other couple’s wedding. Clay Tarver (Silicon Valley) directs.

Only Murders in the Building (Tuesday, August 31)

Another Hulu production, this is one of those streaming series where the names are so big that they probably could have gotten the green light to film themselves doing crossword puzzles for ten episodes: the stars are Steve Martin, Martin Short, and Selena Gomez (all three of whom have enough clout to get an executive producer credit). They play three people who live in the same ritzy apartment building in New York, but have never met until someone dies in the building and all three of them find out that they are true-crime afficionados who suspect that it was actually murder. They record a podcast together (which is at least more exciting than crossword puzzles) and come to suspect each other of the crime. Steve Martin co-created the show with writers John Hoffman and Dan Fogelman.