Here's what Disney+ subscribers should look out for in July. Hint: Hamilton the musical. 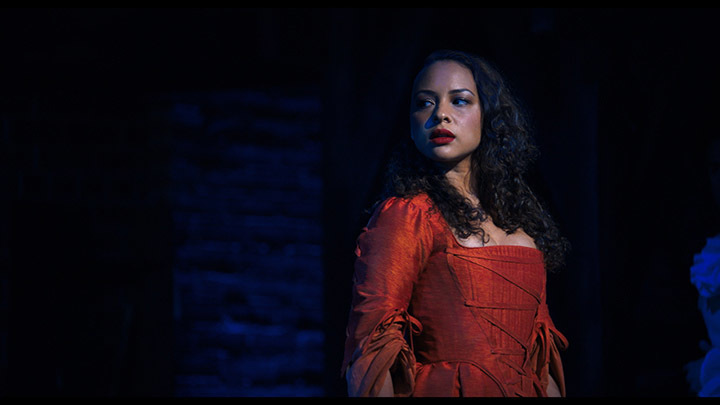 Though Disney+ continues to mark time until The Mandalorian comes back and the Marvel limited series can finish filming, this month will have more buzz-worthy new content than June did. July will bring the premiere of a new series starring the Muppets, one of the many pieces of intellectual property Disney vacuumed up. It also features an even more hotly-anticipated premiere: “Hamilton,” the hit musical. It isn’t a movie version of the musical, however; it was recorded in the theatre, back in the ancient days of 2016 when theatre performances still existed, with creator/star Lin-Manuel Miranda leading almost the entire original Broadway cast.

Disney had originally planned to release the show to theatres, but instead decided to turn it into the big Independence Day attraction for Disney+, and the first big Disney+ release which viewers will have to pay to see: the company has ended its seven-day free trials, claiming that it no longer needs them to attract new subscribers.

The musical, where actors of colour play U.S. Founding Fathers to demonstrate their continued relevance in a more diverse America, is a classic middle-of-the-road work from the Barack Obama era, a liberal show that Dick Cheney could enjoy. But the election of Donald Trump made that middle-of-the-road approach less viable; Trump slammed the cast as “very rude” after they addressed a message directly to Mike Pence. Now the show comes to Disney+ at a time when the U.S. is engulfed in controversy about which dead historical figures it should be celebrating. One way or another, it will remind us that 2016 seems like a very long time ago.

Another buzz-worthy piece of content this month is this visual album, written, directed and produced by Beyoncé based on the soundtrack album she curated for the “live-action” remake of The Lion King. The film will use the songs and story structure of The Lion King to tell stories of real-life Black families, focusing on young people who, like Simba, must learn the lessons of who they are and where they came from before they can grow up to fulfill their destinies.

Friday, July 31: “Due Date” – Described as the “first unscripted series” for the Muppets, though it’s not a reality show; the puppeteers just made stuff up without a script. The first episode focuses on Scooter (David Rudman) trying to get the new show uploaded to Disney+ and avoiding distractions from all the other familiar characters. Originally, Disney’s big Muppet project for the streaming service was going to be “Muppets Live Another Day,” which was to take place in the 1980s and be a Stranger Things-style commentary on ‘80s nostalgia, but the show was scrapped due to creative differences.

Bob Woodruff, a news correspondent for Disney-owned ABC, takes his son Mack and the viewers on a trip to the global hotspots and dangerous places he used to report from, including Iraq, where a roadside bomb left him in a coma for over a month in 2006.

Friday, July 3: “UP: Balloon Cart Away” – A real-world simulation of the famous cart from the beloved Disney/Pixar production UP.

The last chance to see the guy who voices Goofy (not the original guy, he’s dead) meet a lot of different dogs with different dog jobs.

Friday, July 10: “Avalanche Rescue Dogs & the Beagle Brigade” – A dog who specializes in rescuing the snow-bound, and beagles who sniff travellers’ luggage for contraband.

Families are asked to create crafts projects that have some kind of plug for a familiar Disney-owned movie franchise.

Short promotional films about employees of Disney-owned businesses, many of which are still shut down.

Friday, July 3: “Zama Magudulela: The Lion King Madrid, Spain” – The actor who plays Rafiki in the Madrid stage production of The Lion King.

Friday, July 10: “Marc Smith: Story Artist” – The lead story artist on Frozen 2, who creates the beautiful 2-D drawings that will eventually be replaced by computer animation.

Friday, July 17: “Mike Davie: Imagineering Project Manager” – A guy who works on theme park projects, with a special focus on a Ratatouille tie-in.

Friday, July 31: “Lauren Cabo: Imagineering Portfolio Creative Executive” – A look at the life of someone who created special-themed features for Disney-owned cruise ships.

A Pre-Opening Report from Disneyland note: the opening of Disneyland has been delayed (July 17)

Hunt for the Abominable Snowman (July 31)