Girls: Who speaks for Lena Dunham?

Colin Horgan on the latest episode of Girls 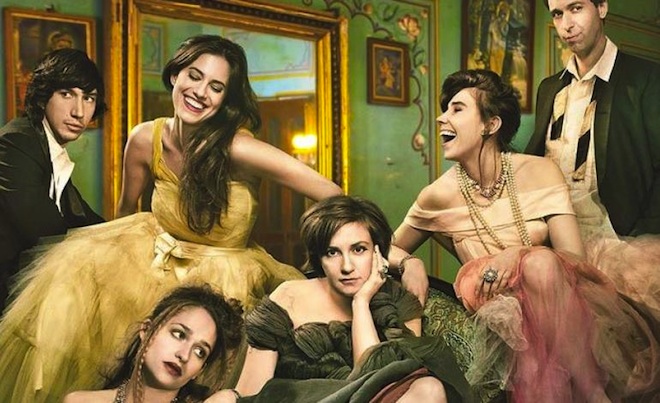 Jezebel.com recently offered $10,000 for pre-Photoshopped pictures from Lena Dunham’s Vogue covershoot. “This is about Vogue, and what Vogue decides to do with a specific woman who has very publicly stated that she’s fine just the way she is,” Jessica Coen explained at Jezebel. “Just how resistant is Vogue to that idea? Unaltered images will tell.” They got the pictures, and a lot of flack, within two hours. The verdict? “As expected, they’re great — Lena looks fantastic” — as if Jezebel had always intended to point out that Dunham didn’t need Photoshop.

All this would have been just another sideshow to Dunham’s show, Girls, had it not landed days before an episode in which Dunham’s alter ego, Hannah Horvath, is found defending Jezebel. The subject comes up in the 24 hours after Hannah’s editor, David, is found floating in the Hudson, somewhere near the Chelsea Pier. Hannah is interested in the details, which she finds on Jezebel’s sister site, Gawker, but she does not feel remorse or sadness. Hannah spends the episode trying to figure out why this might be.

What does she discover? That she can fake it.

After leaving work early, Hannah returns to her building to find Laird mulling his dead turtle, which he’s placed in an empty plastic Pom bottle for safekeeping. Caroline, still staying with Adam and Hannah, comes downstairs and the trio takes a walk around Brooklyn. They end up in a graveyard, jumping around and tossing the turtle-filled Pom bottle like a football in a bizarre and slightly stupid musical montage that includes a moment of pause where they pretend to act very solemn after spotting a grieving family. Har har. The point, however, seems to be to put Caroline in a spot where she can try to elicit emotion from Hannah. Caroline tells her a (fabricated) story about Adam – that when he was young, he cared for his cousin Margaret with muscular dystrophy whose only wish was to attend prom. Adam saved his money, bought his dying cousin a tiny dress and took her to the dance. Laird is in tears by the end. Hannah, not knowing the story is fake, simply asks why the dress was so small.

Does Lena Dunham even like Hannah Horvath anymore? Does she still identify with her character? What kind of alter ego is Hannah now? Hannah’s defence of Gawker (“a web portal that celebrates the written word”) and Jezebel (“a place feminists can go to support one another, which we need in this modern world full of slut-shaming”) is odd, in that it’s meant to be an unflattering endorsement. Dunham is reminding Gawker that its audience is made up of people like Hannah. Why?

Which one’s the feminist?

Last season, taking stock of the men of Girls was mildly depressing. Adam and Ray were distant – never really friends with the women, only ever coming together within the confines of a sexual relationship. Now?

Ray remains confused, but his presence in the social group is no longer defined by Shosh. He’s apparently struck up friendships with Hannah and Marnie via their jobs at the coffee shop (which he manages). Ray is genuinely empathetic when he learns of David’s death. He offers Hannah time off and some sound life advice. The latter is similar to the stuff he doled out last season, but comes with less annoyance now – Ray seems to actually care. He certainly does when Marnie quits (“Fancy people want to work with me, so I’m going to go give them that pleasure!”). Ray is his confrontational self when Marnie finds him with Herm watching her YouTube video, but he’s hurt when she walks out.

Adam remains torn between extremes. He’s given us the most sexist and degrading scene on recent television, by way of his sex act at the end of season 2. Now he may be the most feminist character on the show. While the world obsesses over the shape and nakedness of Lena Dunham/Hannah Horvath’s body, Adam never questions its appearance. Hannah’s body never speaks to societal issues, it’s not a symbol, nor is it a sex object. It just is. One might imagine that comparing a Photoshopped picture of Hannah to an original would, to Adam, be pretty ridiculous, if not meaningless.

Adam is concerned for Hannah when she tells him of David’s death. His response passes quickly to frustration when Hannah says, “No one even began to tell me what was next for my e-book.”

“Are you feeling anything?” he asks. “Beyond wondering when your book is gonna hit the stands?” He already knows the answer.

“If something, like, real happened to us &hellip if I die, would you just be like, ‘Oh, I hope I can make rent!?’” he asks. Hannah assures him she’d be sad and extremely disoriented, “I would also be anxious about how I would make rent, yes.” Adam, again, is the extreme. “If you died, the world would blur,” he says the next morning. “I wouldn’t know what a tree was.”