Google's new spheres and the shape of design

John Geddes explains why circles are the new rectangles

The spherical Nexus Q, the new Google device Jesse Brown writes about with critical insight here, is meant to connect your TV, stereo speakers and the movies you’ve rented online. It’s interesting as a bid by Google to grab a technological edge, but the lack of edges on the thing itself is also worth noting.

Roundness is the obvious antidote to the persistent linearity of modern design. Your phone is a rectangle. So is your iPod. The mid-century modern look that defines mainstream cool now more than ever is dominated by corners and cubes and clean lines.  Think of the Mad Men offices (or read about the show’s look here). When we talk about the way we’re connected to the world, we use a metaphor of infinite right angles: the grid.

But the Nexus Q follows in the lineage (as I must put it since curveage isn’t yet a word) of design attempts to break out of the box by going round. The great Canadian contribution was, of course, the Clairtone Project G stereo line, with its globular black speakers that look quite a lot like precursors to Google’s new offering. 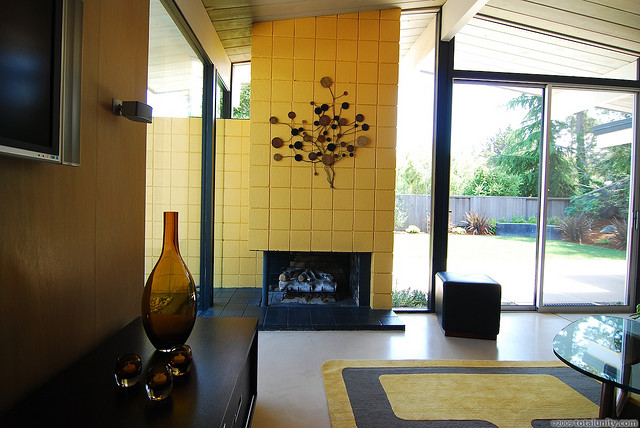 It has been widely noted that Steve Jobs, Apple’s late founder and almost inarguably the greatest influence on consumer design in recent decades, was raised in a Joseph Eichler modernist house, with uncluttered lines and nice, straight roof beams exposed to the impressionable eye. Still, looking at old pictures of Eichler’s California houses, I can picture a Project G stereo fitting in perfectly.

So perhaps the sphere shouldn’t be regarded as a rival to the cube, but as visual relief or even some sort of complementary counterbalance. At Expo 67, come to think of it, there was Moshe Safdie’s  Habitat, where we dreamed of living, but also Buckminster Fuller’s U.S. pavilion, where we went for diversion.