How a hippie helped eradicate smallpox 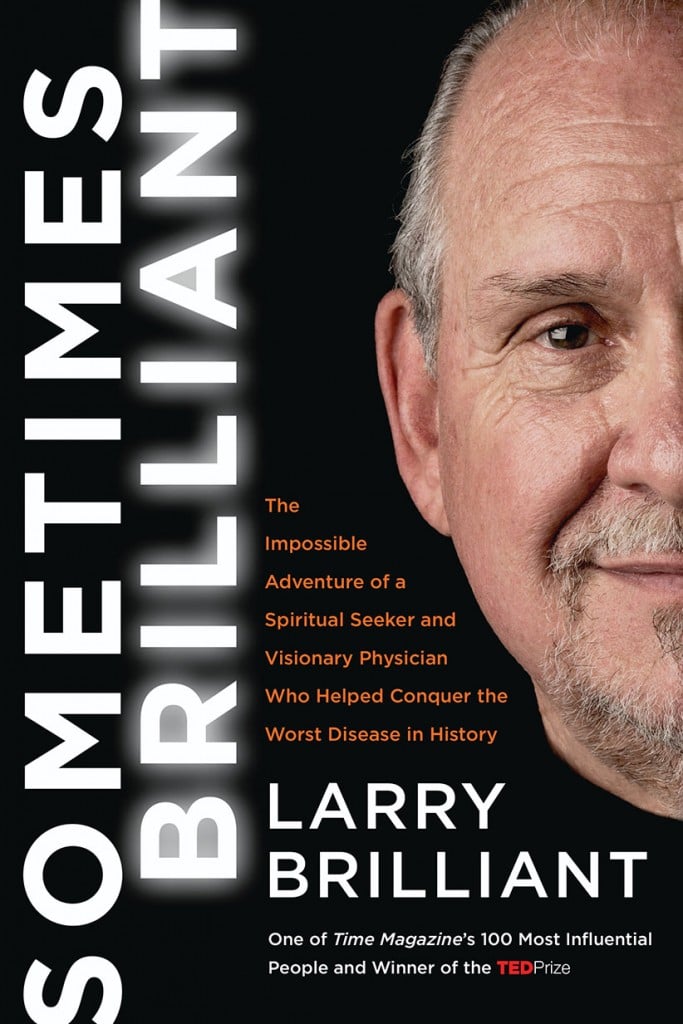 This world-renowned physician, epidemiologist and public-health crusader comes by his sense of civic duty honestly. His father, an ex-boxer who had a jukebox route in the American Midwest, testified in Washington about the Mafia’s extortion practices. By way of thanks, Bobby Kennedy visited the family home in Detroit. When Larry’s dad died of cancer in 1965, he found salvation in civil rights activism, fighting the war in Vietnam.

But Brilliant wasn’t just any hippie. He found himself among America’s counterculture royalty. This fascinating memoir traces his journey from med school student to smallpox warrior in India, where his faith in a benevolent God was repeatedly shaken in the face of mass death and suffering.

But first, the fun stuff. In 1970, Brilliant defied a coast guard blockade to deliver a baby on Alcatraz during a Native American occupation of the island. He set up free clinics in housing projects and edited a radical health magazine. He became a close friend of Benjamin Spock and joined Wavy Gravy’s famous Hog Farm commune, visiting with Ken Kesey and “canonizing” Timothy Leary with confetti.

“I was part of a generation that believed in a new vision for America,” he writes. “It was not a class struggle, it was a generational belief system.” However, when elements of the American New Left resorted to violence, Brilliant went to live in a Hindu monastery in the Himalayas. There, his guru told him to fight smallpox in India. The rest of the book is the story of how Brilliant and a team at the World Health Organization eradicated the disease by commandeering 150,000 Indian workers to conduct more than a billion house calls. Again and again, Brilliant’s knowledge of Hindu gods and Indian culture saved the day, winning over local bureaucrats, businessmen and politicians.

Brilliant clowns up his role as resident rule-breaker at the WHO in New Delhi, but it’s hard to imagine a worthier use for the skills this American hippie renunciate learned on the magic bus. He is currently acting chairman of the Skoll Global Threats Fund, established by eBay co-founder Jeff Skoll, working to solve pandemics, climate change, nuclear proliferation and conflict in the Middle East. Let’s hope he’s also working on a sequel, since Sometimes Brilliant stops in 1975.