Is the ukulele really, truly, honestly here to stay this time?

'How long can you call something a fad before you just have to admit the thing is just here?' 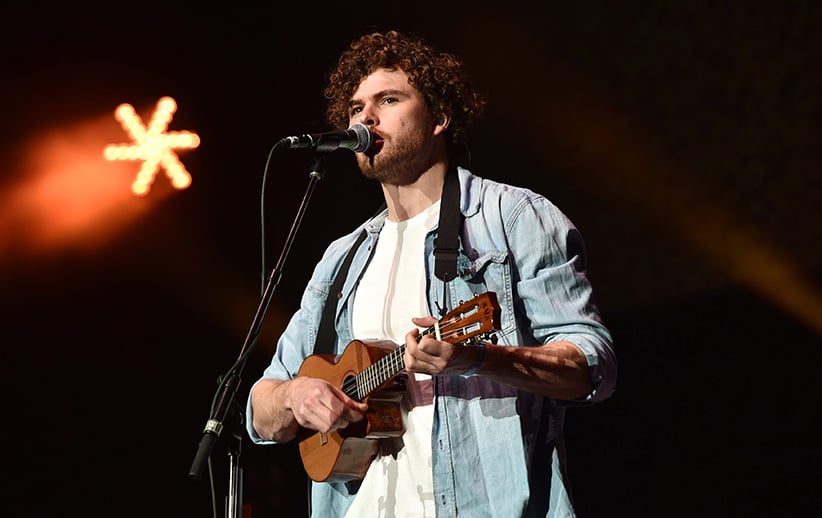 When the word “hipster” was recently used in a concert review to describe James Hill and his ukulele performance, he needed to look up the definition. Twenty-five years ago, when the Juno Award nominee first picked up the ukulele at the age of eight, it was considered a good starter instrument for children. As a teenager performing with the Langley Ukulele Ensemble, it wasn’t exactly as cool as, say, the guitar or the drums. But something changed, he says, in 2004, at the first Uke Fest West concert in Santa Cruz, Calif. “It was kind of Woodstock for the ukulele,” Hill says. “You started to have a sense that you weren’t alone and were maybe not as weird as you thought.”

Nowadays, the ukulele seems to be finding a home with every age demographic, not just the hipster subculture stereotyped by bearded twentysomethings listening to vinyl records in their lofts. A group of Grade 5 students in Hamilton playing ukuleles toured retirement homes in May. Getting more extreme, the DIY-focused site Make Zine offered a tutorial on how to build a flame-thrower ukulele, inspired by the dystopian futuristic action movie Mad Max: Fury Road. In Saskatoon, 20-plus ukulele players known as the Glowing Embers have an average age of around 85. And Helen Levine was featured in the Ottawa Citizen earlier this year for picking up the instrument at the age of 90. In the past few months alone, news outlets from Denver to Dublin also jumped on board with word of its resurgence.

But “the ukulele is back” is a narrative that’s been trumpeted in the press for more than 10 years now. The Financial Times wrote a story about the ukulele’s revival back in 2004—and again in 2009. For generations who remember Tiny Tim, there’s genuine reason to be skeptical of its current popularity. Could the ukulele—guitar’s often-teased little cousin—seriously be here to stay this time around?

Over the past five years, ukulele sales in Britain have doubled to about 250,000, according to the U.K.’s Music Industries Association. American sales jumped by 54 per cent in 2013, according to the National Association of Music Merchants. Meanwhile, in Canada, “we’re selling tens of thousands of these things,” says Jeff Long, from the musical-instrument retail chain Long & McQuade. “It’s gone past the toy stage to a fun musical instrument.”

With four strings, it’s easier to learn than a guitar, while the nylon strings are softer on the fingers. Its smaller size makes it more portable, not to mention cheaper. A starter ukulele might cost around $30, much more affordable than a beginner’s guitar, which could easily cost three times that amount.

“A lot of them will end up in closets, because parents are always trying to expose their kids to different things to see what sticks,” Long adds. Sports equipment can easily run up a bill of over $1,000, while a guitar or drums can cost a couple of hundred. “The barrier to entry for ukulele is so low, people are willing to make that jump,” Long says. “It’s like a lunch out.”

Toronto filmmaker Tony Coleman was eight when he saw the scraggly-haired Tiny Tim—with his distinctively large nose and high falsetto voice—sing Tiptoe through the Tulips on the TV show Laugh-In in the late 1960s. The audience had a good chuckle, but youngsters at home were left with the opposite impression. “It scared me,” Coleman remembers. The ukulele was so uncool, demand fell off enough for renowned instrument manufacturers such as C.F. Martin & Co.—which sold more than 11,000 ukuleles in 1950—to stop production of the instrument in the early ’70s. As the Museum of Making Music put it in its history of the ukulele: “Sadly, Tiny Tim closed the era of extreme popularity of the instrument on the mainland, without making a bridge to the future.”

The ukulele went through a long lull in the 1980s, only to find new life (again) in the mid-’90s, around the time Israel Kamakawiwo’ole started strumming Over the Rainbow and What a Wonderful World on TV. Years later, when Coleman inherited his sister’s ukulele, he started taking it to practices with his rocker friends. “Before we knew it, we were all jamming with ukuleles instead of guitar, bass and drums,” he says. “It doesn’t have any of the ego attached to ‘serious’ instruments.”

He soon discovered a vibrant community of ukulele players, which inspired him to direct the feature-length 2010 documentary Mighty Uke: The Amazing Comeback of a Musical Underdog. For every showing on the film’s world tour, which took place in more than 100 cities, “50, 100, 500 people would show up with their ukuleles,” Coleman says. “It was both absurd and profound.”

The ability to recreate a piece of music with a simple little instrument is like reproducing The Mona Lisa with a crayon, as Coleman describes it. And, at a time when music listeners are ever more likely to don oversized headphones and tune out the rest of the world, ukulele culture offers a counter-experience. “There’s nothing quite like 500 people playing Down by the Riverside.” Coleman says. “I would never buy the record, because it sounds horrible, but the feeling when you get all these people chugging together, it’s like being in a choir.”

The instrument grew up from the underground and into pop culture. A YouTube video of Zooey Deschanel—the quirky star of the TV series New Girl and the movie 500 Days of Summer—playing ukulele surpassed 16 million views. Hawaii native Jake Shimabukuro attracted more than 14 million views for his ukulele cover of George Harrison’s While My Guitar Gently Sleeps and performed Queen’s Bohemian Rhapsody at a 2010 Ted Talk. “One of the things I love about being a ukulele player is that, no matter where I go in the world to play, the audience has such low expectations,” he explained.

At concerts by Shimabukuro or Hill, “it’s not uncommon for people to show up with their ukes,” Hill says, as if fans are waiting for a moment when the performer asks them to strum along. “You don’t expect people to bring their oboes to the symphony concert.”

Fears that another Tiny Tim-like fringe artist could ruin years of good publicity for the instrument were somewhat soothed when Eddie Vedder released his 2011 album Ukulele Songs. No longer was the ukulele automatically synonymous with Tiny Tim. “Instead, we got the cool guy from Pearl Jam,” Hill says. It was like the quirky kids at school getting picked to play soccer on the cool guy’s team at lunch hour.

Vance Joy, a young, rising star of the music scene currently on tour with Taylor Swift, can’t put on a show without taking out the ukulele for his hit song Riptide. Hill’s recent album, The Old Silo, was nominated for a Juno. Even in Hawaii—well more than 100 years after the ukulele came to the island, thanks to Portuguese immigrants—they finally made the ukulele the state’s official instrument earlier this year.

Yet, a nagging feeling remains that the ukulele is living on borrowed time, even though many in the community are quick to disagree. “How long can you call something a fad before you just have to admit the thing is just here, it’s hit a steady state, and it’s just going to be around?” Hill asks. “I don’t expect to see the ukulele die out any sooner than we can expect the iPhone to die out.”