'The Marble Rye was the best I ever had' 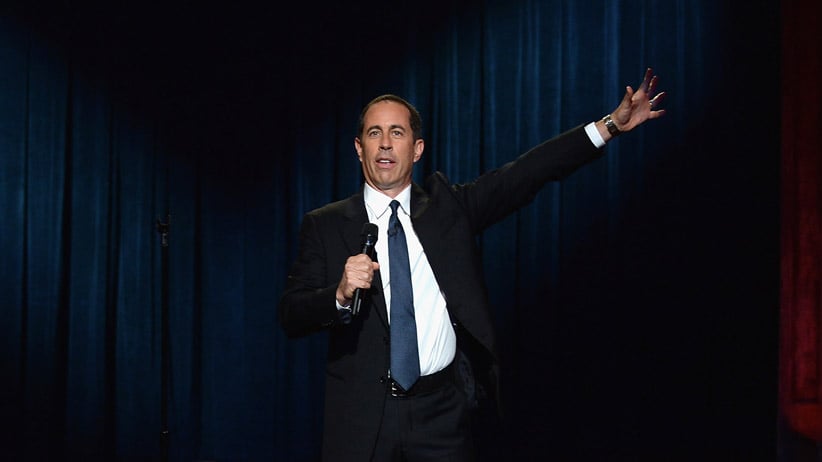 With Jerry Seinfeld recently in Windsor, Ont., for a performance, Blak’s Bakery was called to assist with catering the comedian’s dressing room. (The WFCU Centre, where Seinfeld was set to appear, is a regular client of the family-owned bakery.) As a bit of a Seinfeld fan, Tony Blak, who co-owns the bakery with his sister, sent a marble rye, along with a note.

“Dear Mr Jerry Seinfeld,” it read. “Being a keen observer of your television show, it has come to my attention that there is a shortage of marble rye in New York City. To help alleviate this shortage, I have come with 20 marble rye for you.” Blak invited Seinfeld to stop by if he was in the neighbourhood, assuring him that “no elder lady will beat you to the counter.”

Marble rye bread, a mix of light and dark rye and a descendent of the ancient family of rye breads, became a pop-culture reference 18 years ago with the broadcast of the 121st episode of Seinfeld’s eponymous sitcom. Titled simply The Rye, the episode involves the attempted replacement of the secretly revoked gift of a marble rye, the caper culminating in Jerry stealing a loaf from an old lady (played by the late Frances Bay of Mannville, Alta.) and George reeling the rye up to and through a third-floor window using a fishing pole. Though Seinfeld’s legendary bits and contributions to the popular lexicon are numerous, The Rye might be one of its more memorable episodes. And, with it in mind, Blak decided to attach a note to the bread he baked.

The baker thought perhaps the note would lead to the comedian coming by the bakery and perhaps posing for a photo. That didn’t come to pass, but Seinfeld’s wife, Jessica, did better than a visit and a picture, posting her praise of the marble for all her followers on Instagram to read.

“Every once in awhile, Jerry comes home from being on the road with something really good,” she wrote beside a lovely photo of two slices. “This time, it was the most gorgeous and delicious marble rye bread from Blak’s Bakery in Windsor, Ontario. If I lived there, I’d be smearing butter on this bread all day long.”

Every once in awhile, Jerry comes home from being on the road with something really good. This time, it was the most gorgeous and delicious marble rye bread from Blak's Bakery in Windsor, Ontario. If I lived there, I'd be smearing butter on this bread all day long.

A customer sent Blak the posting. “I was amazed, absolutely amazed, that not only did she mention our bakery [and] Windsor, but she took such a beautiful picture of my bread,” he says. “I can’t take photos that nice.”

A woman from New York—not Jessica—has since called Blak’s Bakery to ask if he can ship the bread to her, and Blak is figuring out the logistics necessary to do so. (He’ll apparently need approval from the Food and Drug Administration to sell bread in the United States.) Blak’s has also seen a slight uptick in local customers. “We’ve had maybe a couple of dozen customers or so who’ve come in and said,” ‘You know, I’ve never been here before,’ ” Blak says. “One of them says, ‘I’ve heard about you before, but I thought you were only about paczkis.’ ”

Blak’s is most famous for its paczki (pronounced ponch-key), a deep-friend Polish pastry served on Fat Tuesday, or Paczki Day in Windsor, where the tradition is particularly popular. But the bakery began 96 years ago, in the same spot where it stands today, as a bread bakery; Tony’s grandfather, Peter, had a hand-pushed cart that he used to deliver bread around the neighbourhood. Blak’s still uses the original brick hearth oven that was used in 1918, though it has since been converted to natural gas. Tony’s father, also named Peter, was born in an apartment above the bakery and raised the family in a house beside it. Tony’s son, also named Peter, and daughter are working with him now. One night last December, Peter was injured in an incident at the bakery and he died earlier this month.

Through a representative, Jerry Seinfeld said gifts of Seinfeld-related food stuffs is “commonplace.” “But,” Seinfeld added, “the Marble Rye was the best I ever had.”

“Wow, that’s wild,” says Tony, when told of Seinfeld’s assessment. Made with a lighter rye content, Blak’s rye is similar to the rye of New York; Blak’s bread is baked in that century-old oven and prepared from a starter that has been fed every day through the decades, taking on, Tony says, the natural yeast of the neighbourhood and the bakery.

“So, to think that a guy from New York thinks that my bread is the best marble rye he’s ever tasted, I feel as proud as punch. My dad probably would be overjoyed, and my grandfather, if he heard that.”