In 2010, Trudeau spoke frankly with Anne Kingston about drugs, men and how she survived the lows 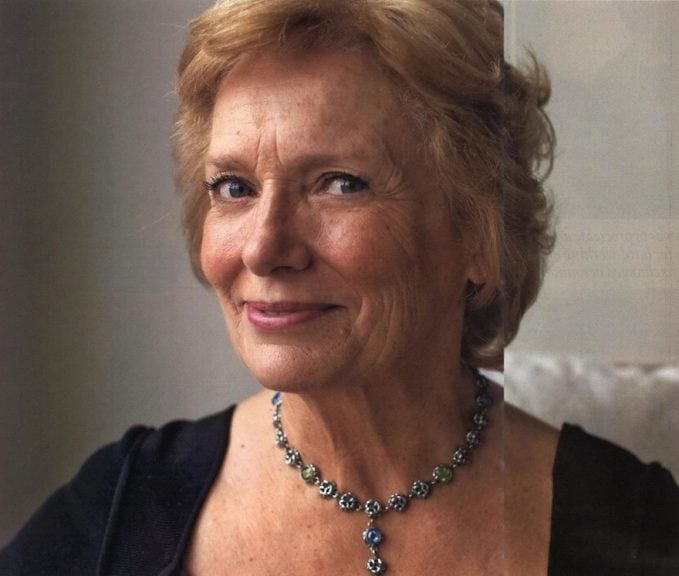 Margaret Trudeau is sitting in the living room of her Montreal apartment, chatting about the Prime Minister and marijuana. No, the former flower-child chatelaine of 24 Sussex isn’t time-travelling back to her days married to prime minister Pierre Elliott Trudeau in the ’70s, smoking spliffs under the noses of her Mountie detail. She’s vibrantly in the here and now as conversation veers to the government’s stance on medical marijuana. “I think Mr. Harper has told us we could grow four [plants],” she says. “I’m tempted to grow four.” She’s joking—or seems to be. Trudeau’s pot-smoking days are behind her—mostly.

Now a mental-health advocate, Trudeau is more interested in the role marijuana use played in her bipolar disorder, a condition she made public in 2006. A little grass gave her focus, she says: “some light and joy and delight.” Too much triggered manic episodes. She still indulges—occasionally. “I fall off now and then, but very, very seldom,” she says. “I’m too cautious now.”

“Cautious” was never a word used to describe Margaret Trudeau, who arrived on the national stage in 1971 as the ravishing 22-year-old bride of a debonair 51-year-old PM. Their unlikely union, which produced Justin, Alexandre (known as Sacha) and Michel, ended in 1977 amidst lurid headlines that the PM’s erratic wife had bolted to photograph the Rolling Stones. Margaret filled in the details in Beyond Reason, her 1979 tell-a-lot, which revealed her “long tunnel of darkness” during her marriage and her affair with an unnamed man later identified as senator Edward Kennedy. In 1982, a second memoir, Consequences, detailed dalliances with the likes of Jack Nicholson and Ryan O’Neal as she flitted between continents seeking her own fame.

Lifestyles of the rich and heedless eventually paled; Trudeau returned to Ottawa where she took a job co-hosting a local TV show. In 1984, she married real estate developer Fried Kemper, with whom she had two children, Kyle and Alicia, and retreated into domesticity. In 1998, she was back in the headlines with news she’d been committed to a psychiatric facility in Vancouver after telling a television interviewer she’d skied with princes William and Harry—a fabrication. Then events took a tragic turn: Michel was killed in an avalanche in B.C. in 1998. The next year, she and Kemper divorced. In 2000, Pierre Trudeau died.

Trudeau spiralled into deep depression before finally finding help—and new purpose. In early 1998, before her Vancouver hospitalization and Michel’s death, a 49-year-old Trudeau told Maclean’s that she believed her “usefulness was finished”: “I believed my job on Earth was to procreate and be a pleasant sexual diversion for hard-working men.’’ Today she says she loves her work criss-crossing the country, sharing her tortuous journey to wellness with packed audiences.

That message also provides impetus for Changing My Mind, Trudeau’s third memoir (out next week). In it, the recklessly naive Maggie T is gone; in her place, a wiser, more discreet Margaret recasting her life story through the lens of late-diagnosed mental illness, and offering advice in a bid to help others. Working on the book was painful, she says, even with two ghostwriters: “It took me away from my wonderful life that I had achieved in therapy and put me back into it—and not in a nice way but as a clear-headed person looking at the horror of mental illness.”

On this sunny, muggy late August afternoon, the 61-year-old Trudeau appears far beyond any horror. Her once dark curls are blond; she’s healthy and tan, boho casual in a white cotton tunic and bare feet. Trudeau’s clearly happy in this cozy, lived-in apartment overlooking Pierre Trudeau’s old art deco house, now inhabited by Sacha, a filmmaker, his wife, Zoë Bedos, and their two children. Justin, a Liberal MP, his wife, Sophie Grégoire-Trudeau, and their two children are nearby. So is Alicia, a poli-sci student at Concordia. (Kyle works in tech in Ottawa.)

Trudeau delights in her role as grandma. Toys clog the hallway; a rogue Cheerio on the living room rug appears dropped by a tiny hand. Yet she remains in touch with her inner ’60s hippie. She throws the I Ching, does yoga daily and talks in terms of “magic.” She believes Pierre Trudeau directed her to this place, her “eagle’s nest,” in 2007. His spirit is an eagle now, she maintains; he was named an “eagle chief” and she a “sister of the raven” in a Haida ceremony during their marriage. The asking price was well over her budget, she confides; her lowball offer was accepted because the owner wanted her to have it. “If I’m a Haida sister of the raven, which I am, Pierre would have found me this nest to watch over everyone,” she says.

In conversation, Trudeau is animated and engaging, even through frequent 180 degree turns. One minute, she’s sharing how she dropped 10 lb. by kicking her sugar habit. “I’d find Werther’s wrappers at the foot of my bed and not remember how they got there,” she says with a laugh. Five minutes on, she’s tearfully reciting a heart-rending poem she wrote for Michel a year after he died. “Oh!” she cries out after reading it. “Heartbreaking, eh? You don’t want to live after your son dies. You just don’t. Pierre couldn’t.”

Michel’s and Pierre’s deaths remain raw: “I was so traumatized I didn’t want to live,” she says. Canadians were compassionate: “Such love. Such love. And for Michel . . . ” Her voice cracks. “And then I was left alone.” She shakes her head sadly. “And you can’t be alone.” She holed up in her Ottawa house, stopped eating and lost 30 lb. “I didn’t want to breathe. I had to remind myself to breathe,” she says, tearfully. “I felt I had to go with Michel. I couldn’t see any other way. I couldn’t have him alone.” She pauses. “Maybe I should put it another way: I didn’t want to be alone. In my grief I was so focused on the loss of my boy that I forgot that I had a full life and lots of people who love me very much who are alive and well and here.”

Her family finally staged an intervention in late 2000, calling in psychiatrist Colin Cameron. Trudeau resisted, running into the snow without a coat, then was hospitalized. Cameron, who specializes in trauma disorders, provides a far more harrowing version of events in the book’s appendix. He recalls walking into chaos, pine needles strewn everywhere. Trudeau says her memory of that time is distorted. “I thought everything was normal,” she says, before adding that it wasn’t pine needles on the floor: “It was cedar [chips]. I was deep into Aboriginal healing.”

Her recovery took time. “I finally got courage and I know that courage came from Michel and Pierre—when I realized that their deaths gave me my life,” she says. Her illness manifested itself for decades, but she was in denial, blaming and lashing out at others. In 1974, she was hospitalized in Montreal for “serious emotional stress”; she blamed the pressures of life in a fishbowl—and marital tensions. Her description of being an unhappy political wife in Beyond Reason now seems prescient: “a glass panel was gently lowered into place around me, like a patient in a mental hospital who is no longer considered able to make decisions and who cannot be exposed to a harsh light.”

It took time to find the proper mix of meds that didn’t make her fat and more depressed. Today she’s almost drug-free, and has learned to cope. “I may cry too much and I may laugh too much but I live with it.” She’s lonely sometimes living alone, but has family and “beautiful” friends to rely on. “If it gets too sad, I go to a movie or a drive or call my kids.”

By now, conversation has moved to her bedroom, where Trudeau sits on her bed smoking a cigarette to even her nerves. A print of Botticelli’s The Birth of Venus adorns one wall. Over her head, there’s a portrait of her holding Justin as a baby. It’s a vivid reminder of Trudeau’s knack for attracting the spotlight as she shape-shifts with the zeitgeist—from ’60s hippie who snared a PM to ’70s Earth mother to ’80s celeb to post-millennial Mother Courage. And add to that memoirist serving up celebrity and divorce and motherhood and recovery.

Throughout the memoir, Pierre Trudeau provides a framework long after the marriage ends, though there’s no mention of his post-mortal real-estate guidance. The night he took his famous walk in the snow deciding to leave politics in 1984, Margaret and Kemper were in a hot tub conceiving Kyle. The day she married Kemper, Trudeau’s driver arrived with roses from the politician. When Trudeau died, Margaret was with their sons at his bedside. “Just because our marriage ended didn’t mean the love stopped,” she says. Asked how she forged harmonious post-divorce relationships with her husband, Trudeau says it was simple: “The only way was not to ask for any money. Period. The end.” She laughs. “Any money I ever got from Pierre Trudeau was grudgingly handed out. Everybody knows that.”

But he did leave the legacy of his name, which she has reclaimed professionally, though she’s Kemper legally. “But I think I should just be known as Margaret,” she says.

Her children have all read the book. “I told them, speak now or forever hold your peace,” she says with a laugh. Not that there’s much to offend. She treads carefully on how her illness affected their lives. And she downplays the end of her marriage to Kemper: “I was so fat and bored with Fried by the end,” she admits. Some people didn’t make the cut, she says playfully: “I have to apologize to all of the darling men in my life who got no mention.”

The suggestion that Justin’s political aspirations tamped her natural candour is waved away. “He’s so proud of me,” she says: “He says, ‘Oh Mom, you’re going to help so many people.’ ” She frets that words aren’t enough: “Here I am telling all of these people to go out and get help. But where are they finding it?” The Canadian Mental Health Association is a first stop, she says, but more support is needed.

She can’t resist a partisan jab when mentioning former senator Michael Kirby, who’s overseeing a national mental health strategy. “My dream is that when senator Kirby has the report prepared, he hands it to a compassionate government.”

Later, she mentions buying a new jacket for her book tour, one that’s Liberal red. If there’s a fall election, she says mischievously, she’ll be able to send out a subliminal signal. Just watch her.