Marie-Danielle Smith: 'You see, in the before times, we were able to extend the benefit of the doubt to a 16-inch-tall animatronic baby.' 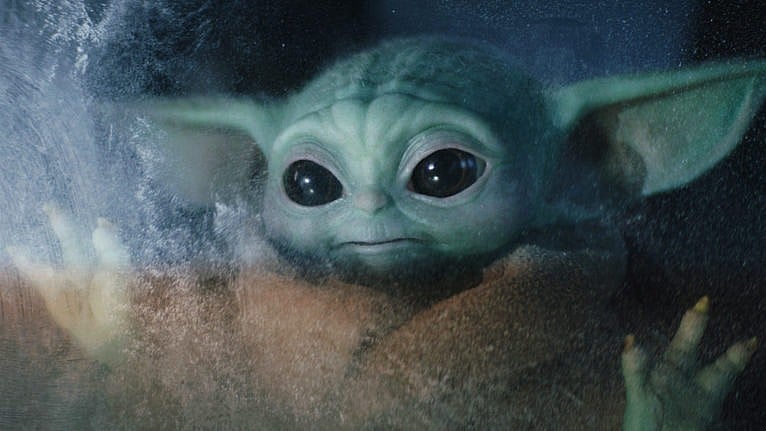 In the before times, we were able to extend the benefit of the doubt to a 16-inch-tall animatronic baby (Courtesy of Lucasfilm Ltd/Disney+)

There it is. The sad, diminutive cherry on top of the dumpster fire that has been this miserable year. Cancel culture has come for Baby Yoda.

American democracy is on the precipice, a global pandemic is raging, winter is coming and people are glued to their screens looking to lay blame. The most strung out among us have found a fresh place to direct their anger: the behaviour of a fictional alien toddler.

Bringing a baby from a galaxy far, far away into Earth’s social media wars feels like a bridge too far: the ultimate symptom, perhaps, of how addled and over-sensitive the hive mind has become. Our own solar system has its own share of life-or-death moral battles to wage. This is really not the way.

READ: If Baby Yoda can’t save the universe then no one can

The indignation stems from the second episode in the second season of Disney’s The Mandalorian, which, let’s note, aired three days into the exhausting marathon that was the U.S. presidential election. (Spoilers follow.)

In the episode, the titular character offers safe passage to an intelligent amphibian and her unfertilized eggs—the only hope for her family line—in exchange for information. The canister of roe is left in the cargo hold, and a hungry Baby Yoda helps himself. A stern one-line chastisement from his guardian does little to calm his appetite.

Cue furious online reactions accusing the toddler of trying to obliterate an entire species, complaints of sexism, extrapolations to the abortion debate and venomous vitriol toward the creative minds behind the show. Then mocking admonishments, defensive rebuttals, pleas to lighten the f–k up.

Those in the latter camp will point out that the Child, as he is known in the series—though the nickname stuck, he is not actually Yoda—has a taste for frogs. He swallowed a live one whole in the second episode.

Besides, with no apparent understanding of right or wrong beyond preventing the death of his father figure (the one who, ahem, feeds him), the big-eyed, wrinkly-faced babe used the Force to help slay a tusked foe that, for all we know, was the last of its kind. Whose egg, by the way, was promptly devoured by a pack of Jawas.

And with the same protective instinct, the same mental powers and the same outstretched, three-fingered hand, he nearly strangled a woman he couldn’t identify as an ally. You see, in the before times, we were able to extend the benefit of the doubt to a 16-inch-tall animatronic baby.

In the same episode that introduced the ultimate fodder for 2020 Twitter outrage, our pint-sized green friend breaks the shell of yet another egg and swallows its embryonic spider inhabitant, incurring the wrath of its siblings and giant mother. The scary arachnids, defending their murdered kin, are obliterated. No one weeps for them.

Those taking pains to debate the finer points of Baby Yoda’s ethics should remember that show creator Jon Favreau has characterized him as “a stray dog or having a little baby alligator or something” in Vanity Fair.

Humans on both sides of this contemporary “debate” are surely capable of tolerating a pretend alien infant’s moral ambiguity in a television show that heavily foreshadowed his lack of impulse control (and is otherwise chock full of casual violence). The series’ plot revolves around protecting an easily manipulated kid from falling into the wrong hands. As a Sith, he would do far worse than succumbing to omnivore instincts. It might even be fun to watch.

In any case, maybe riled earthlings shouldn’t apply their black-and-white, all-or-nothing, us-versus-them politics to a piece of nostalgic fiction intended for mindless entertainment. A good look, it is not.

During a year that brought us to our collective wit’s end, tested our capacity for grief and laid bare the realities of human inequality, we have got to be able to find a bit of mental escape in Star Wars. If writers didn’t think through every implication of a dark gag, you don’t need to either. Baby Yoda already suffers for the show’s bad acting and hammy dialogue; don’t burden his wee legacy with drive-by accusations of genocide.

Focus instead on how refreshing it is that the most adorable character in television history has been given some creepy rough edges beyond his soft cooing.

Notice that this entity plucked from Hollywood imaginations is making his little mark on the real world. Trained astronauts brought a Baby Yoda plushie into orbit, mid-November, on a trip to the International Space Station. The toy was given the job of floating freely to confirm zero gravity conditions, its fuzzy ears pointing every which way as it spun. There’s real, innocent joy in that.

And marvel that in a year that brought a downward spiral of strife, so many of us have enjoyed the privilege of sitting our butts on the couch and streaming science fiction at all.

So for your sanity’s sake, and for mine, let Baby Yoda be the one cultural phenomenon we protect from our most uncivil demons in the year 2021. Whether he turns out to be an angel or not.

This column appears in print in the January 2021 issue of Maclean’s magazine with the headline, “See the good, you must.” Subscribe to the monthly print magazine here.