A game noir from the mind of Stan Douglas

‘Circa 1948’ is a non-video game for non-gamers, designed by the famous artist 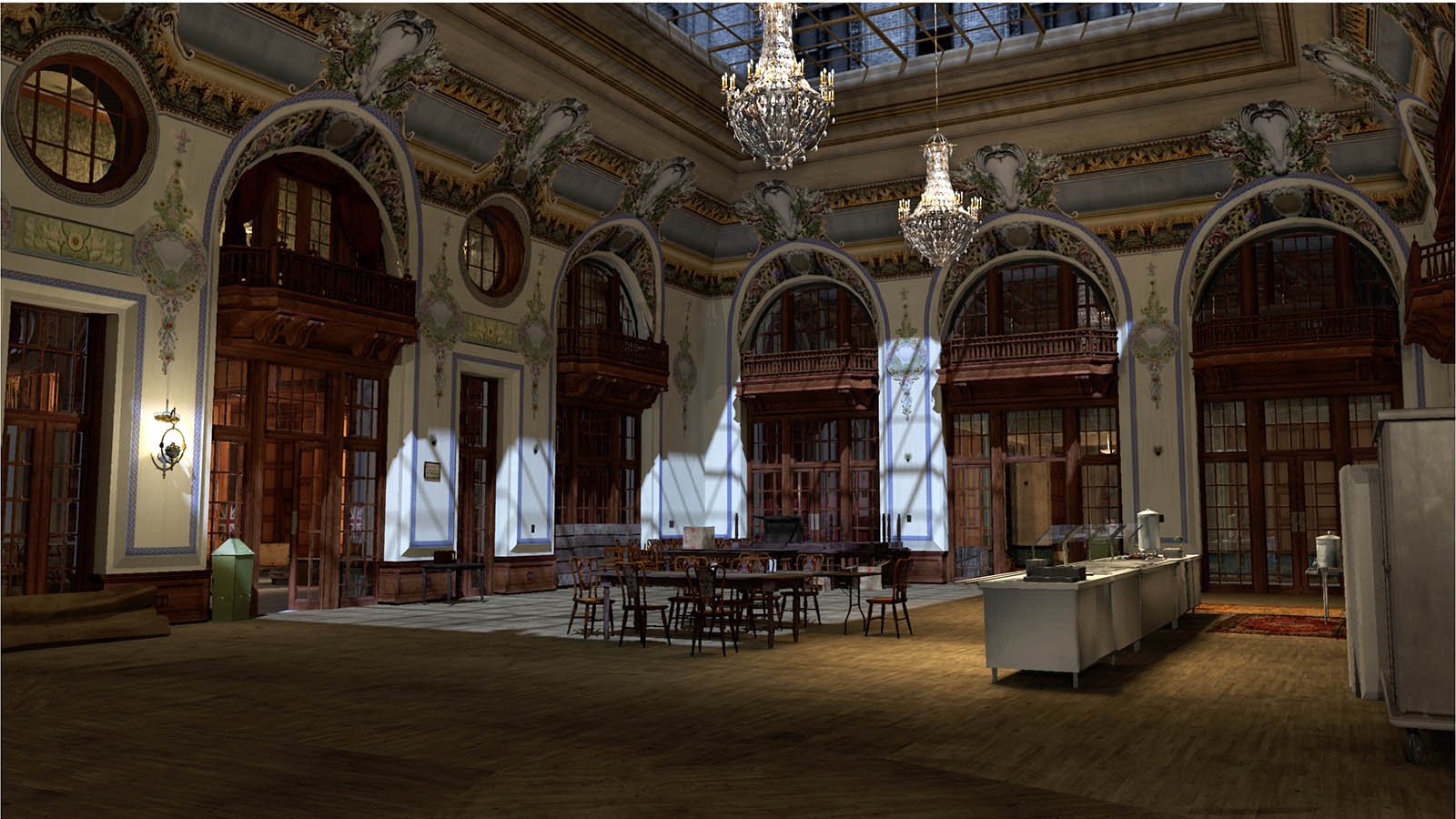 National Film Board of Canada

The Vancouver of 1948 could have fallen out of the pages of Raymond Chandler’s hard-boiled fiction. Prostitutes, gamblers and corrupt cops worked Hogan’s Alley, a racially mixed eastside area of mean clapboard houses, booze cans and jazz joints. The once-grand downtown Hotel Vancouver had been replaced by a newer version a block away. It was in a state of terminal decay, home to bookies, homeless war veterans and others down on their luck. For Vancouver’s Stan Douglas, an internationally renowned photographer and visual artist, it is an era with parallels to the economic meltdown of 2008-09: “transitional moments” of financial hardship, institutional collapse and uncertainty.

These were human stories worth illustrating, and to do so Douglas set aside his cameras and entered a partnership with the National Film Board of Canada (NFB) to produce Circa 1948, an interactive digital recreation of those two lost landmarks—the alley and the hotel—and the equally lost denizens who inhabited them. Together, Douglas and the NFB’s Loc Dao, executive producer, and a team of digital artists and technological wizards built a stunning three-dimensional visual and aural world accessible as an app to anyone with an iPad or iPhone, or via the NFB, through a photo gallery website.

Circa 1948 makes its debut in late April at New York’s Tribeca Film Festival. It is one of five projects worldwide entered in the festival’s Storyscapes division, which uses “interactive, web-based or cross-platform approaches to story creation.” What that head-spinning jargon means is different in every case. For Circa 1948, best described by one of the producers as “a non-video game for non-gamers,” it is a self-directed immersion into a forgotten era. Using the tilt and pan capabilities of a phone or tablet, or sliding your fingers along the screen, you wander the lanes of Hogan’s Alley lingering, like a character in a noir film, to hear an argument about gambling debts or a shakedown by a police sergeant on the take.

Two weeks before Tribeca, Maclean’s got a preview of the project that took five years from concept to fruition. Douglas has forged his reputation with intricate photo and film recreations of locations and events. “The thing is cameras are really fast, you click and you’ve got your picture,” he says. “This takes a bit more effort.”

It involved searching out photos and floor plans of the hotel that was torn down in the late 1940s as well as photos and aerial views of Hogan’s Alley, long since buried under the concrete of the Dunsmuir viaduct into the downtown. These were turned over to digital artists to build a hotel and an entire neighbourhood. Actors portrayed dozens of vignettes that play out as participants explore the venues, many of the scenes reflecting the shifting morality of peacetime. The rampant corruption, for example, is an accurate portrayal of the brutal reign of Vancouver’s police chief, Walter Mulligan, who was finally hauled in disgrace before the courts in the 1950s.

How a user assembles these narratives is up to him or her, says Dao. “You can have a different order of experience but the cumulative effect is that you start shaping your story and your understanding of these characters and these places,” he says. The project represents the NFB’s push to go beyond producing documentary film and animation to include “interactive media” as a third genre.

Where that leads is anyone’s guess. Douglas and screenwriter Chris Haddock, creator of Da Vinci’s Inquest, used the digital architecture of Circa 1948 to create a virtual stage setting for their noir thriller Helen Lawrence, which debuted in March at Vancouver’s Arts Club. It blends live actors with blue-screen technology to astonishing effect.

At Tribeca, filmgoers can enter the installation version, a room-sized enclosure of four screened walls, that lets them literally stroll through the Hotel Vancouver or Hogan’s Alley, with the view adjusting to their movements. The final bugs were worked out at the NFB studios. It was extraordinary to watch Douglas, a contemporary black man, explore the virtual alleys and open doorways of a neighbourhood once populated by railway porters and black barkeeps. It was a walk into the past to show us the future.