Our movie critic in Cannes rounds up his latest viewing 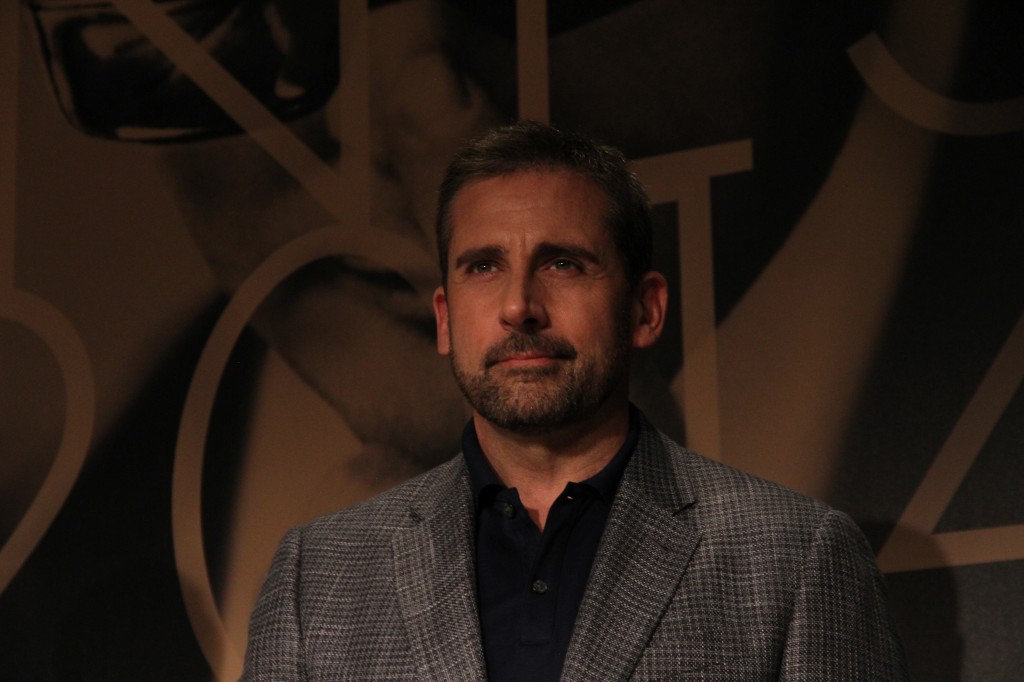 Steve Carell at the press conference for ‘Foxcatcher’ / photo by Brian D. Johnson

I know this is like getting excited about Christmas in July, but midway through the Cannes Film Festival, the next Oscar race is suddenly under way, less than three buzz-free months after the last one ended. Like a horn calling the hounds to the hunt, the Cannes premiere of Foxcatcher has emerged as one of the first clear contenders destined for an Academy campaign. One of just two U.S. films in the main competition, it’s another tale of real-life American eccentrics from Bennett Miller, who directed Capote and Moneyball. The previous day, Tommy Lee Jones rode in with The Homesman, a western that plays like a cross between True Grit and Unforgiven, with Jones directing himself as derelict cowboy who’s drummed into helping a single farm woman (Hilary Swank) transport three mentally-ill frontier wives across Nebraska to the protective custody of a more civilized parish. Speaking of drums, Whiplash, the story of a young jazz drummer tormented by a sadistic bandleader (J.K. Simmons), repeated its Sundance triumph by raising the roof at the Directors’ Fortnight. Expect it to be on the awards circuit in nine months as the Little Crowd Pleaser that Could.

Foxcatcher stars a shape-shifting Steve Carell in an uncanny, downright spooky performance as the late John C. Dupont, the psycho tycoon who sponsored Olympic gold-medallist wrestlers Dave and Mark Schultz, and “coached” their U.S. Olympic team to defeat in 1988, only to later shoot Dave dead and be convicted of murder. “It was so far out of his comfort zone,” said the director at a press conference in Cannes. “I’ve never seen Steve do anything that would give any material evidence he could do this.” (Though it has crossed my mind that Carell’s Dupont may be the evil cousin twice-removed of the delusional boss he played in The Office.) 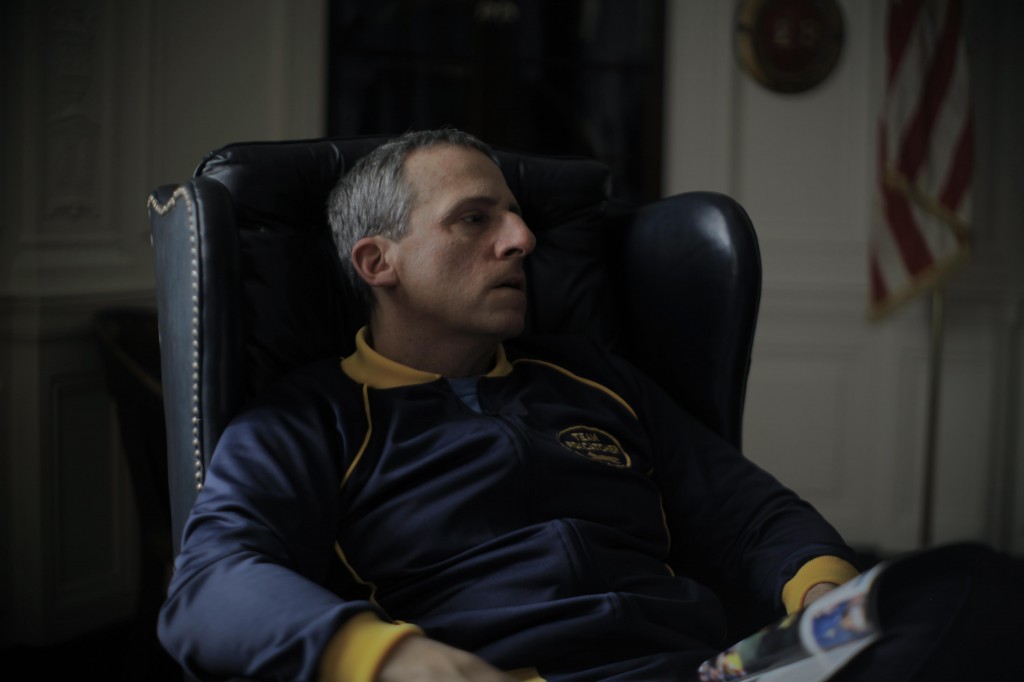 Carell, however, is virtually unrecognizable as Dupont, masking the character’s demons behind hooded eyes and repertoire of petulant behaviour. You also have to look long and hard to find the charismatic Mark Ruffalo in the bearded, balding Dave Schultz, an affectionate, happy-go-lucky family man who was concerned as his younger brother falls into Dupont’s web, but who himself becomes the ultimate victim of horrifically bad luck. Carell and Ruffalo, a study in opposites, are both superb, as is Channing Tatum, who once again finds good use for his pyramid physique, and conjures a fragile vulnerability beneath an air of stolid, square-jawed gullibility. 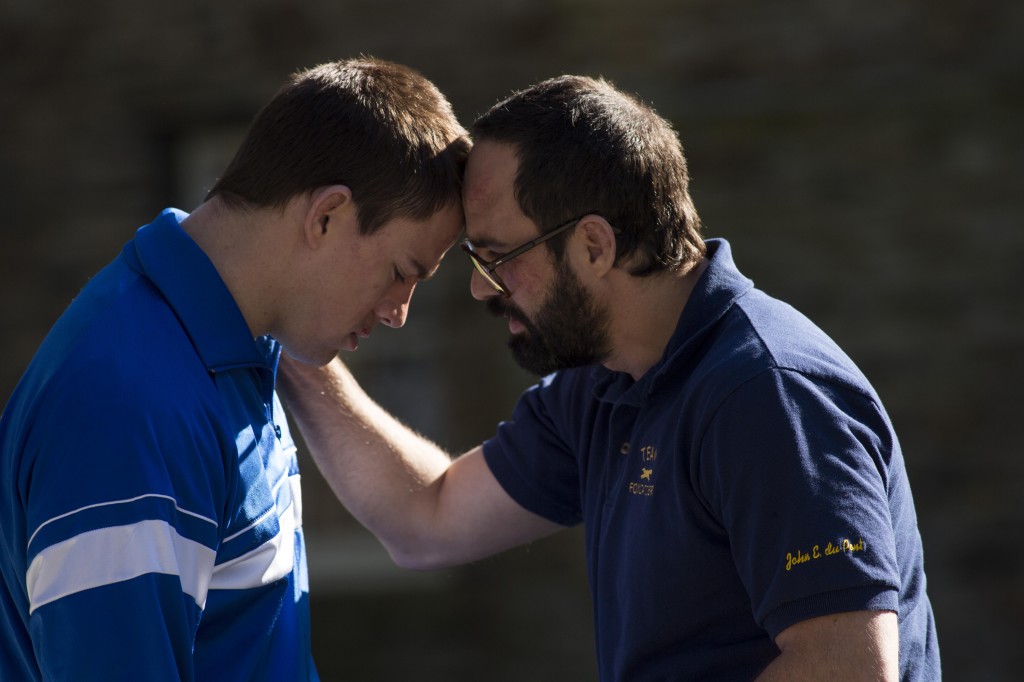 Foxcatcher, however, is a more challenging, atmospheric period piece than either Capote or Moneyball, which were both fuelled by the high-octane wit of their heroes. Shot with a grim, almost funereal palette, the narrative moves at a slow march toward its inexorable conclusion, as Dupont’s erratic, cocaine-fuelled psychosis shifts between the comic and the macabre. The sprawling Dupont estate, where John built a state-of-the-art wrestling gym, gives John—who’s obsessed with birdwatching, stamp-collecting and wrestling—plenty of distance from his imperious mother (Vanessa Redrgrave), a horse breeder who sniffs that wrestling is a “low” sport. Though the film only hints at Dupont’s sexual pathology, this character seems as haunted by his mother as Norman Bates was of his. 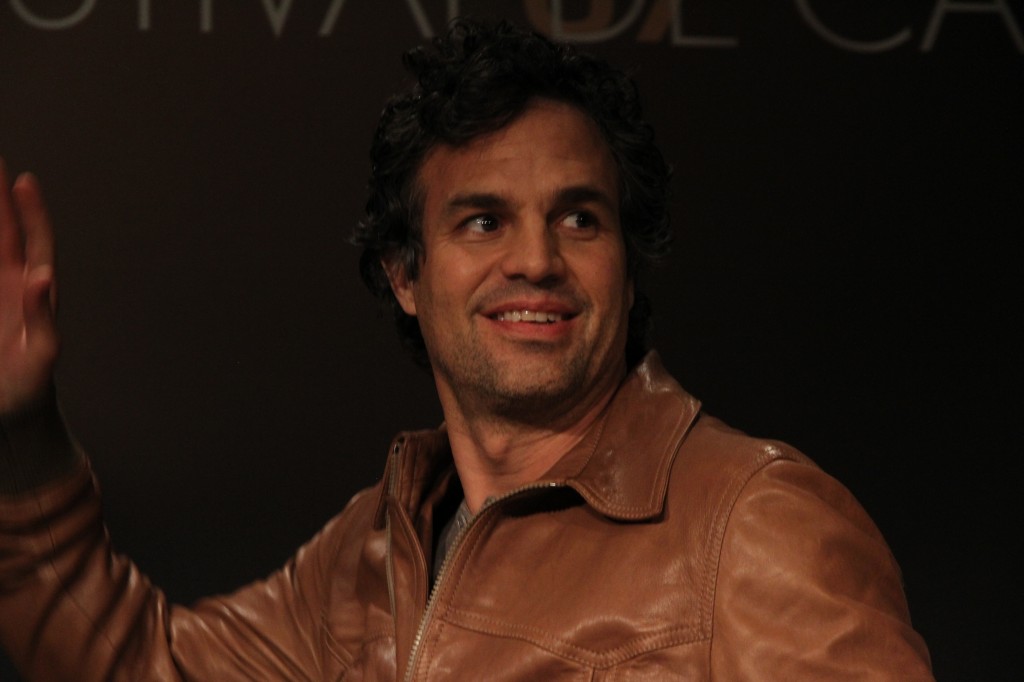 Endowed with the sombre gravitas of real-life tragedy, Foxcatcher is exactly the kind of movie that Oscar adores. Even in Cannes, where tastes run considerably less mainstream, it cast a reverent spell.

The Homesman is more of a dark horse. It’s a handsome, entertaining western with some magnificent landscapes. But it’s as derivative as it is dignified. With a plucky heroine who’s too handily outwitted by Jones’s crusty anti-hero, it could provoke some gender debates that will not be to the film’s benefit. The smug symmetry of director, star and hero seems all too pat. Clint Eastwood could pull this off, and I’m not sure Tommy Lee Jones does. Also, the True Grit resonance is hard to ignore, especially when Jones pays homage to it by casting Hailee Steinfeld in a minor role.

But they aren’t the only American Gothic dramas in Cannes. On Tuesday, we saw Ryan Gosling’s directorial debut, Lost River, which premiered out of the main competition, in the Un Certain Regard sidebar. Set in the charred ruins of a foreclosed Middle America, it’s a Lynchian art house of horrors, a fever dream with a carnival sideshow of fire and water that makes David Cronenberg’s Maps to the Stars seem almost mainstream by contrast.

Gosling takes Lost River so deep into his own private heart of darkness—and well beyond Oscar’s wheelhouse. It may well be the most weirdly ambitious directing debut that a Hollywood star has ever tried to get away with—including Johnny Depp’s The Brave. Whatever Disney imprinted on the former Mouseketeer must have left some crazy scars.

Incidentally, I couldn’t help noticing that while Gosling (who remains behind the camera) torches a family home in Lost River, Cronenberg features a Hollywood fire-starter in Maps to the Stars. It’s enough to make you wonder if pyromania is the latest fetish among Canadian filmmakers.