An Arab Spring of talent triumphs at TIFF Awards 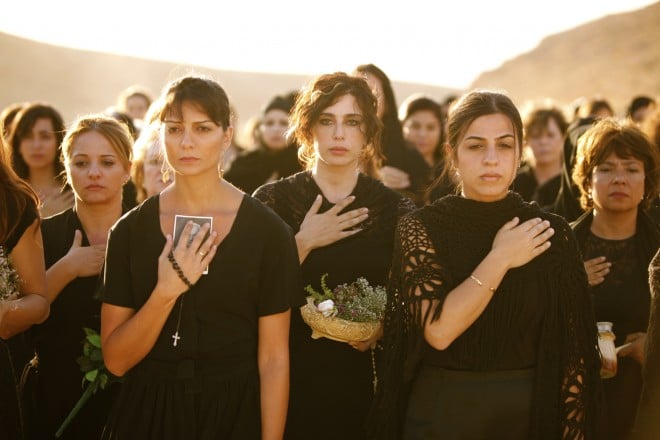 A scene from Nadine Labaki's 'Where Do We Go Now?', winner of TIFF's audience award

It’s a wrap. The 36th annual  Toronto International Film Festival climaxed today with an awards brunch that saw films rooted in Arab cultures win the two most prominent prizes. The $15,000 Cadillac People’s Choice Award, voted by festival audiences, went to Where Do We Go Now? by Lebanese director Nadine Labaki, a rousing tale of sisterhood solidarity about women of different faiths who band together to save their war-torn community from sectarian strife. And the $30,000 City of Toronto Award for Best Canadian Feature went to Quebec director Philippe Falardeau for his sensitive and stirring Monsieur Lazhar, about an Algerian refugee who navigates culture shock after landing a job in a Montreal elementary school.  “Very rarely does a film come along that does everything perfectly,” jury member Liane Balaban said of Monsieur Lazhar. “At the end of this movie, my jury members looked at each other, with tears in our eyes. We came to a unanimous decision.”  The $15,000 SKYY Vodka Award for Best Canadian First Feature was awarded to Edwin Boyd, Nathan Morlando’s stylish drama about a Second World War veteran became a Toronto legend by robbing banks  after failing to make a career as an actor.

The two Canadian awards are both well-deserved and came as no great surprise. But Labaki’s win came out of the blue. The titles most commonly bandied about for the audience award were The Artist, The Descendants and Salmon Fishing in the Yemen. And though Where Do We Go Now? is now a proven crowd pleaser, this film, which premiered in Cannes, is not much of a critic pleaser. Like Labaki’s previous feature, Caramel, it’s a broadly earnest drama that wears its feminist heart on its sleeve. But Labaki, who also stars in the film, is a vivacious and dynamic personality, and when you combine her presence on stage at a gala premiere with the film’s triumphant populist narrative, the audience vote begins to compute. Still, unlike  previous People’s Choice winners like Slumdog Millionaire and The King’s Speech, this choice is unlikely to be a precursor for Oscar success, at least outside the foreign film category. The first-runner up for the audience award was Asghar Faradi’s  A Separation, a sly critique of Iranian patriarchy. It was the big winner at the Berlin Film Festival, is one of those rare films that’s both a crowd pleaser and a critical darling. And the third most popular film was Ken Scott’s Starbuck, a Quebec comedy about a sperm donor who learns he has 533 children. 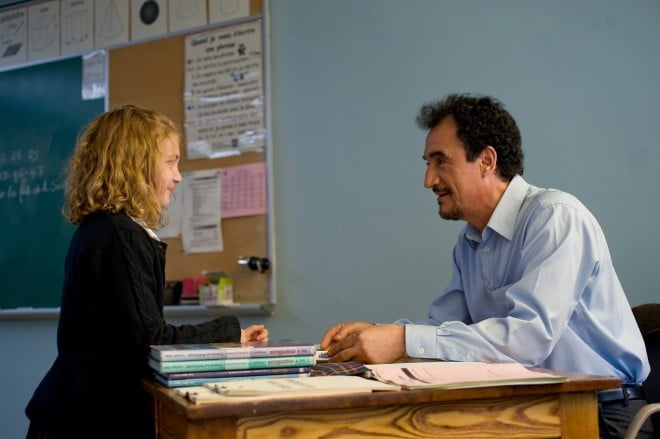 At the awards brunch, I talked to the two Canadian prize winners. I asked Falardeau—whose producers also backed Denis Villeneuve’s Oscar-nominated stage adaptation, Incendies—if he was hoping Monsieur Lazhar would be chosen as Canada’s official foreign-language nominee for the Academy Awards. “I would trade that nomination for just a good solid release in Quebec,” he said, pointing out that the critical acclaim of his previous films has not been matched by box-office success.

Meanwhile, Morlando told me that Edwin Boyd is a project that goes back to 1995, when a University of Toronto professor got him into touch with someone who knew someone who knew Boyd, who was living under an assumed name. “My uncles lived in the East End and I grew up talking about the Boyd gang,” said Morlando, explaining that as a philosophy student studying existentialism at the U of T, “I became interested in the anti-hero, and he [Boyd] seemed to be the perfect example of that. He was inspired by film noir and James Cagney.” 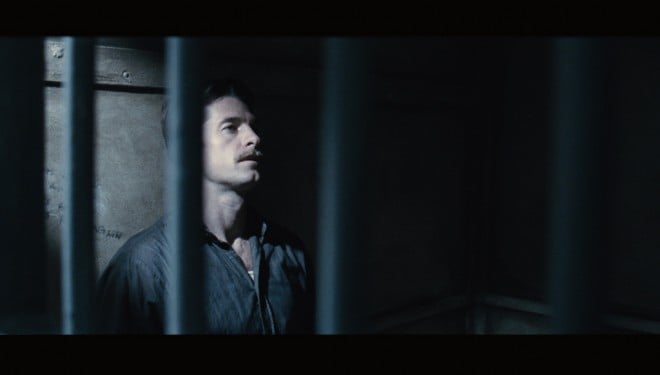 TIFF’s audience vote for most popular documentary went to John Shenk’s The Island President, about Maldives President Mohamed Nasheed, whose island nation is gradually sinking into the sea due to rising ocean levels caused by global warning. Nasheed, who attended TIFF, offered a written message at the awards pronouncing the film “quite excellent.” First runner up among the docs was Bess Kargman’s First Position and second runner up was Cameron Crowe’s Pearl Jam Twenty.

The Prize of the International Critics (FIPRESCI Prize) for Special Presentations was awarded to Gianni Amelio for The First Man, a France-Algeria-Italy co-production. The jury wrote that “Amelio’s realization of an unfinished Albert Camus novel
explores the legacy of colonialism with the tenderness of a memoir and the unflinching gaze of a war reporter.” And the film’s producer issued a statement saying the film “brings Camus back to the earth of the Arab Spring.” The FIPRESCI prize for films in the Discovery program went to Swedish director Axel Petersén for Avalon, an ’80s tale of nightclub hedonism.

The Midnight Madness People’s Choice Award went to The Raid, about a SWAT team trapped in a Jakarta apartment block with  drug dealers and killers. First runner up was Adam Wingard’s You’re Next and second runner-up Bobcat Goldthwait’s God Bless America.

FILED UNDER: A Separation Monsieur Lazhar Nadine Labaki TIFF2011 Where Do We Go Now?