Beyond Bond: A 50-year-old franchise finally comes of age with 'Skyfall' 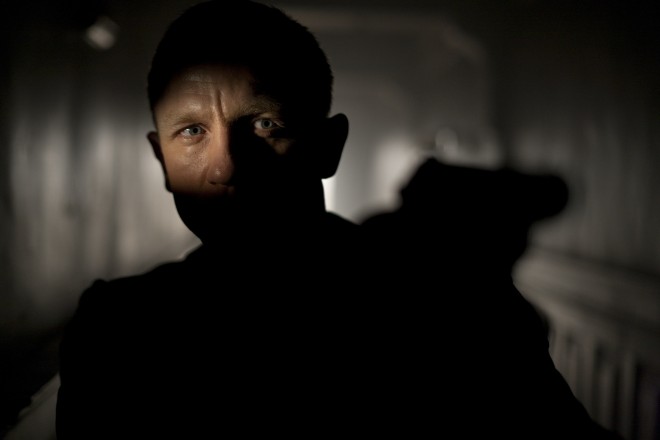 I saw Skyfall at a press preview in Manhattan, before the Flood, back in mid-October, when I also had the pleasure of interviewing Daniel Craig. I can’t remember the last time that my excitement to see a much ballyhooed Hollywood blockbuster was so richly rewarded. I came out of the screening thrilled by what I’d seen and immediately tweeted that Skyfall is “the best Bond movie ever—and that’s not hype.” Which drew a startled response. At least one journalist asked if I wasn’t worried I might want to recalibrate that superlative in the cold light of morning. But I had just re-watched all my favorite Bond films while researching an epic essay on the franchise for the Maclean’s special issue commemorating 50 years of 007. So I felt confident making the claim.

However, as Skyfall finally hits theatres this week, I have no desire to review it. As a film critic, I have the privilege of being able to see a movie fresh, before people like me ruin it with a lot of clever opinions and observations. With most Bond movies, there’s not much to spoil: Bond infiltrates megalomaniac’s lair, gets captured, stops world from ending, escapes with the girl.  But Skyfall has a story that’s stronger than most of those dreamt up by Ian Fleming, and it has some serious surprises. So I’m not going to offer a shred plot summary—there’s more than enough in the trailer. Instead, let me spell out with a few broad strokes why Skyfall is the best Bond film ever. 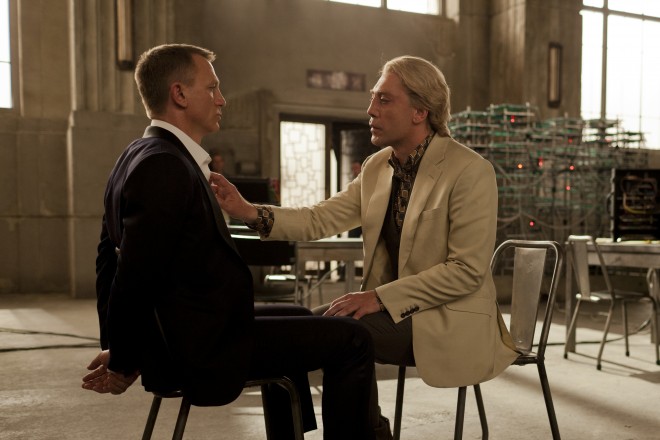 Sean Connery originated the role and will always be the quintessential Bond. But Craig is the first actor to really wrestle with the tormented psychology of the character Fleming created. He’s also the first actor who does not seem trapped in the role. As Craig pointed out in his interview with me, having a strong measure of creative control was an essential part of his deal when he was cast for Casino Royale. He took that one step further by personally recruiting an Oscar-winning filmmaker, Sam Mendes, to direct Skyfall, and with him came a prime echelon of Oscar-pedigree talent like no Bond film has ever seen—notably Javier Bardem, Ralph Fiennes, Albert Finney, and the promotion of Judy Dench’s M into a much meatier role.

Mendes, meanwhile, recruited cinematographer Roger Deakins, the Coen brothers’ go-to DOP, whose influence cannot be overstated. Bond movies tend to revel in eye candy, but none has been so uniformly gorgeous as Skyfall, which unfolds as a suite of stunning visual compositions, from the neon aquarium of Shangai to the moors of Scotland. Deakins has nine Oscar nominations for pictures ranging from The Shawshank Redemption to No Country for Old Men; it would be cool to see him finally win for a Bond movie.

Skyfall elevates the Bond genre to a new level of A-list refinement. But it’s a game-changing movie in more ways than one.

Casino Royale smartly rebooted the franchise, which had been languishing in overblown spectacle and campy farce. Craig slammed it back to earth with a vengeance and more than earned his license to kill, and to shag. It was a movie that had a lot to prove. Then, with a script hobbled by a writers’ strike and a miscast director (Mark Forster), the follow-up, Quantum of Solace, turned out to be a mess. With Skyfall, Craig no longer looks like a guy trying to prove himself. He’s supremely comfortable in the role. And the movie reconnects his character to the franchise by embracing, and deflecting, its classic tropes with a deft wit. But it goes beyond Bond, and takes him places that Fleming never dreamt of.

The result is a rather belated coming of age for the most successful franchise hero of all-time. Coinciding with the golden anniversary, it’s something to celebrate. If you wait long enough, retro fashion eventually comes back into vogue—as a new generation discovers 007, Bond hasn’t been so cool since the 1960s. Enjoy it while it lasts.

For Brian D. Johnson’s video montage of 007 through the ages, go to: Best of Bond. 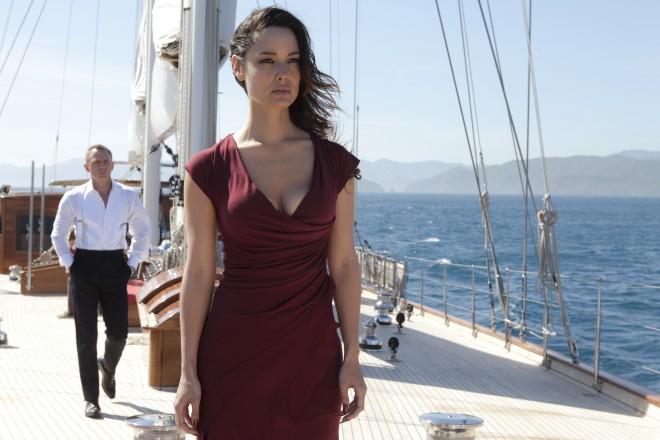