Brian D. Johnson on the films that surprised in Cannes 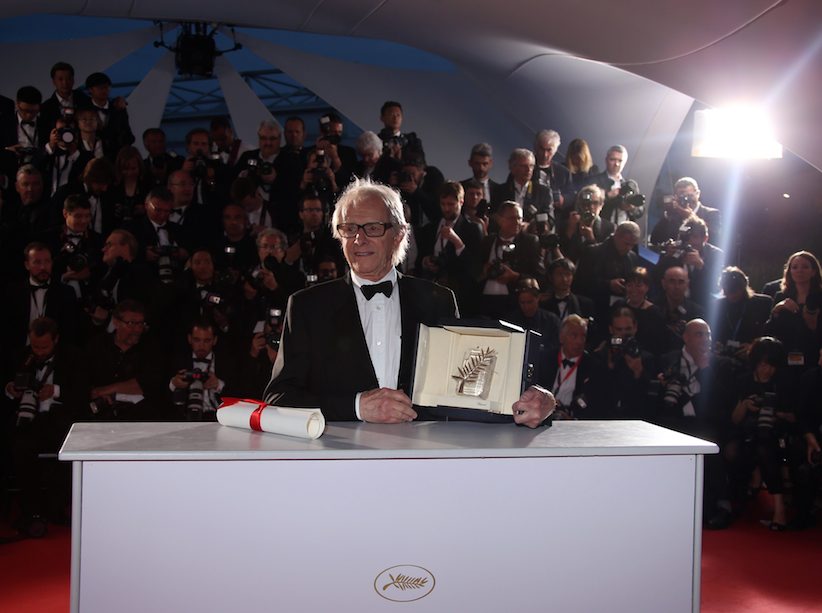 For anyone who came to Cannes to be shocked and amazed, George Miller’s jury did not disappoint. Snubbing several of the festival’s most critically acclaimed films, it redeemed Quebec director Xavier Dolan, whose It’s Only the End of the World had been savaged by blistering reviews last week. On the closing day of the festival, fellow Canadian Donald Sutherland presented Dolan with the Grand Jury Prize, second only to the Palme D’Or. The 27-year-old filmmaker fought tears as he accepted the award, which marks another step in the steady ascension of his career since launching his first feature in Cannes six years ago. Dolan won the third-place Jury Prize here two years ago for Mommy. Now with It’s Only the End of the World—an ensemble drama adapted from a French play about an artist coming home to his family after a 12-year absence—he has matched Atom Egoyan as the only Canadian to get this close to the Palme D’Or.

The winner of the Palme also came as a surprise. The jury snubbed the crowd-pleasing hit that topped critics’ polls—Toni Erdmann, a subversive feminist comedy from German director Maren Ade, one of three female directors among 21 in competition. The top prize went to veteran British director Ken Loach for I, Daniel Blake, a tragicomic tale of a droll working-class hero battling the British welfare bureaucracy after being disabled by a heart attack. It is the second Palme for Loach, a socialist who has carved a career out of working-class realism (he won a decade ago for The Wind That Shakes the Barley). There’s no question that I, Daniel Blake is one of his best films. Funny, trenchant and relevant, it was the only movie in competition that brought me to tears—after much laughter. But we habitually look to Cannes for a film that will lead the next revolution in cinema. And no matter how worthy Loach’s movie is, there’s nothing revolutionary about it cinematically—even if its political message rings loud and clear.

Accepting the award from Miller’s former Mad Max star Mel Gibson, Loach came across like a Brit Bernie Sanders, as he denounced the class divide that serves “a tiny few with grotesque wealth” and “allows people to go hungry in the fifh-richest country on the planet.” He added that among cinema’s various traditions, there’s a “cinema of dissent,” which has a duty to represent the disenfranchised. “There is a danger now of despair,” Loach warned, “and when there is so much despair, the people of the far right take advantage. We must say another world is possible and necessary!”

In accepting his silver award, Dolan championed its emotional mandate. He read a long, tortured acceptance speech, breaking into tears again and again. “I prefer the folly of passion to the wisdom of indifference,” he concluded, offering a quote from French author Anatole France.

By the time he arrived at the post-awards press conference, the director had composed himself. I asked what the prize meant to him after such a bruising ride from the critics. “It’s always discombobulating to be eager to share things that you’ve worked on so hard with all your heart, thinking that you’ve distilled in each character a lot of love and pain and complexity,” he said, “and [to see them] narrowed to being stupid and mean.” 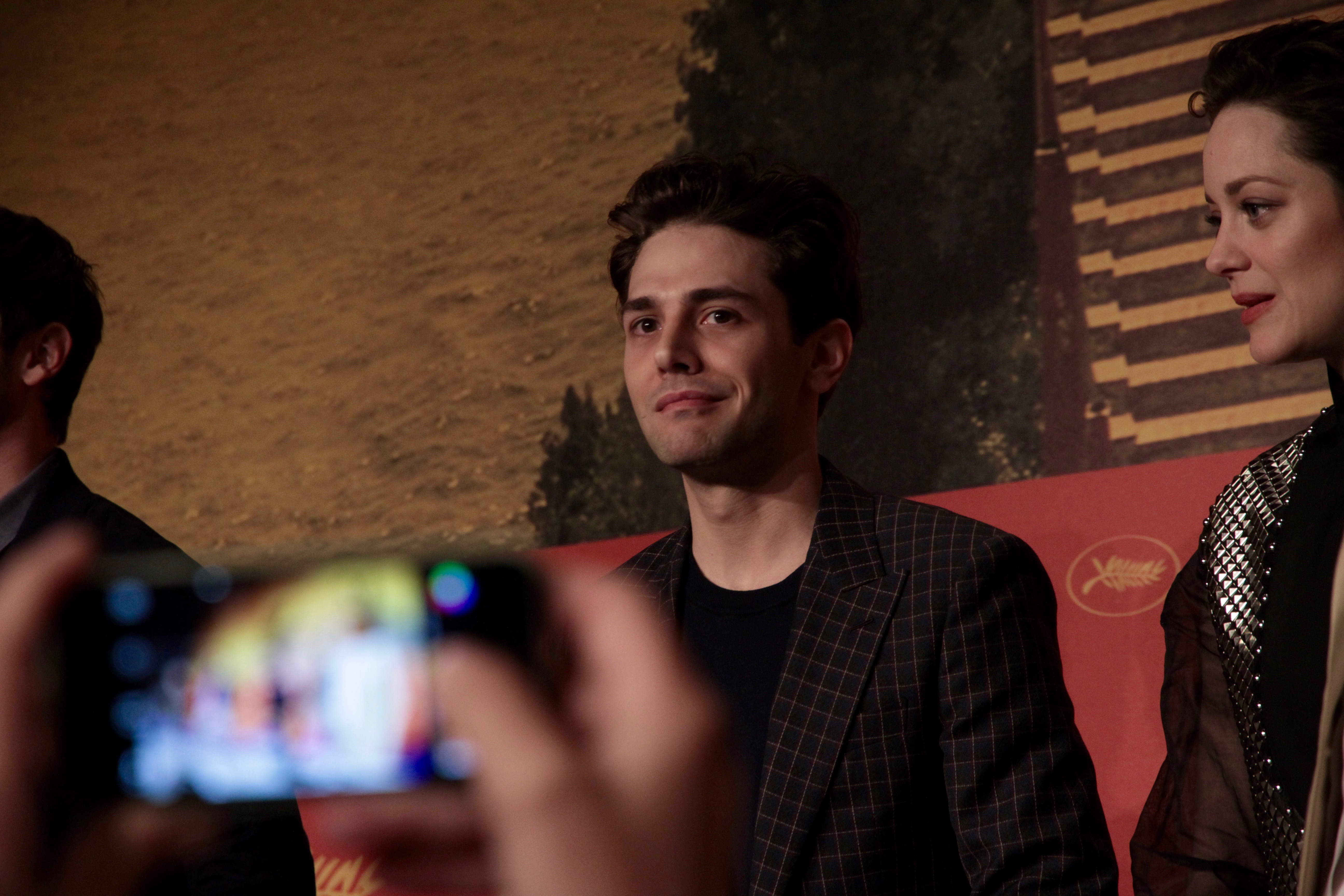 Unlike many filmmakers, Dolan says he will always read his critics. “Who are you making films for? The critics or the public? Are the critics a public? I think they are.” But to be awarded by a jury of respected filmmakers, “means that you have to remain true to yourself no matter what people think. It’s an unoriginal thought, but it’s how I feel, right here, right now.”

Cannes is a place where passions run high when films are discussed. Some people are looking to cinema to save the world, others for the world to save cinema. Iranian director Cristian Mungiu, who split the best director award with Olivier Assayas (Personal Shopper) for his film Bacalaureat, threw another caution into the conversation, warning that auteur cinema is in serious danger. “It’s wonderful to have this social cinema,” he said, “but cinema should stay diverse.”

In fact, this was an exceptionally good—and diverse—year for films in Cannes, if not an entirely satisfying one. We come here looking for cinema we’ve never seen before, something breathtaking that will change the face of cinema, or even save it from oblivion. Nothing in the competition had that kind of explosive impact. Instead we saw an unusual number of solid films with more modest ambitions. In many, a measured narrative would wend its way to an open-ended conclusion, without climax or catharsis. There was nothing like the eviscerating force of last year’s Holocaust drama, Son of Saul. None of the films tackled heavy political or historical themes, with the notable exception of Loving, Jeff Nichols’ graceful period piece about a biracial couple fighting for the right to be married in Virginia. Instead the competition offered up an eclectic gallery of personal dramas, ranging from stylish melodramas (The Handmaiden, Elle, The Neon Demon) to intimate portraits of families unravelling (It’s Only the End of the World, Julieta, The Salesman, Bacalaureat).

It’s fascinating to see themes emerge from the tightly curated slate of 21 features in competition. In one movie after another, we found ourselves watching the detectives, as the protagonist turned into an amateur sleuth trying to unlock a mystery close to home. In The Unknown Girl, by Belgium’s Dardenne brothers, a young doctor (Adele Haenel) refuses to admit a woman knocking on her clinic’s door after hours. The next day, the would-be patient is found dead on a riverbank—an African immigrant with no papers—which sets the doctor off on an obsessive mission to trace the victim’s identity. It was among a surprising number of movies that were threaded with a procedural narrative without being genre films—circuitous odysseys in which characters follow their nose as they try to get to the bottom of something. I, Daniel Blake’s working-class hero (Dave Johns), who’s never used a computer, has to navigate a Kafkaesque labyrinth of online applications and heartless interviews as he tries to makes sense of the British welfare system. In Julieta, Pedro Almodóvar guides us through an origami maze of flashbacks and narration as the title character tries to figure out what happened to her estranged daughter. And in Personal Shopper, Olivier Assayas casts Kristen Stewart as an American in Paris who gets sucked into a scary vortex of text messaging a mysterious stalker, who could be the ghost of her beloved dead twin brother, or someone alive and dangerous.

The competition offered no end of amateur sleuths grappling with the fallout of a sexual assault. In The Salesman, by Iran’s Asghar Farhadi (The Separation)—awarded best screenplay and best actor—a husband (Shahab Hosseini) tries to find the man who slipped into his apartment and attacked his wife. In Bacalaureat, Romanian director Cristi Mungiu (who won the 2007 Palme d’Or for 4 Months, 3 Weeks and 2 Days) spins the Byzantine tale of a distraught father who uses influence-peddling to help his daughter ace her exams after she’s traumatized by a sexual assault outside her school. And in Elle, a darkly comic melodrama by Paul Verhoeven (Total Recall, Basic Instinct), Isabelle Huppert portrays a powerful executive who is brutally raped by masked intruder, then goes hunting for the culprit. A return to form for Verhoeven, Elle landed near the end of the competition as a witty, burlesque palate cleanser—the kind of feminist revenge movie that may appeal more to men than to women.

Huppert’s razor-sharp protagonist in Elle could be the evil twin of the less assured female executive (Sandra Hüller) who stumbles along an eccentric path to empowerment in Toni Erdmann. And both were indicative of the festival’s most striking trend: while just three of the 21 Palme D’Or contenders were directed by women, the vast majority of good movies were driven by powerhouse performances from actresses. They range from Kristen Stewart in Personal Shopper to a majestic Sonia Braga as tenant being squeezed out of her beachfront home in Aquarius. The Philippines’ Jaclyn Jose was named Best Actress for her role as a petty drug dealer trying to bargain her way out of custody in the Ma’ Rosa. And South Korea’s Kim Min-Hee and Kim Tae-Ri cast a spell as an heiress and maid wrapped in the silky lesbian intrigues of Park Chan-Wook’s The Handmaiden. British director Andrea Arnold, meanwhile, won the festival’s third place Jury Prize for American Honey, starring Sasha Lane, a young woman who had never acted before.

But my favourite title of the festival (alongside Toni Erdmann) was Paterson, a film that doesn’t fit any category or trend. Driven by Adam Driver—as a bus driver who writes poetry, or a poet who drives a bus—it’s act of pure poetry by Jim Jarmusch, and one of his best films in a long time. “Cinematic” and “poetic” are both words that get used to describe something that’s neither cinema nor poetry. Jarmusch has crafted a one-of-a-kind Zen gem that that transcends both, and obliterates the difference. The jury seemed in a mood to honour singular films that make a difference, and it’s a pity that it failed to register Paterson‘s originality and quiet genius.

Finally, on the lunatic fringe of the competition, we had the inevitable quota of films engineered to shock, bewilder, torture, or bore us to death—sometimes all at once. That was true of Nicolas Winding Refn’s Neon Demon, a story of cannibalistic models, and played like a film in a coma dreaming it was being directed by Cronenberg. And it wasn’t the only film in competition to feature cannibalism. Bruno Dumont’s more tasteful Ma Loute is a surreal period piece about peasants who dine on tourists. 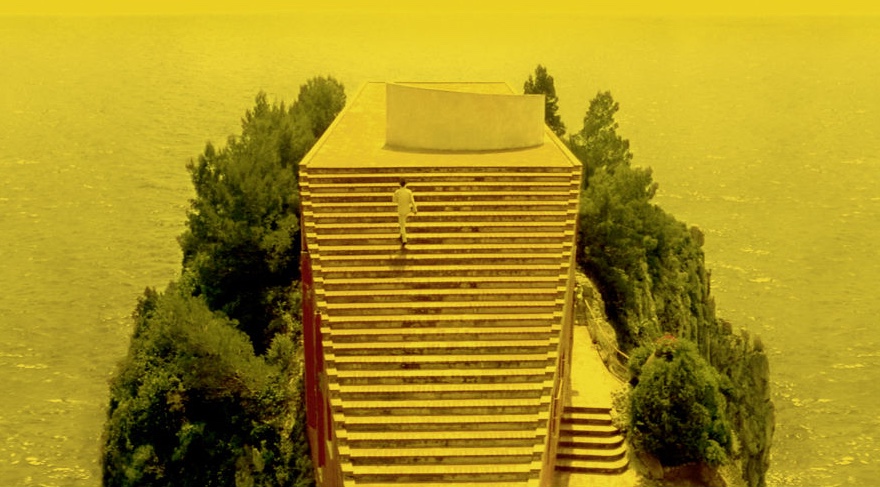 The poster for this year’s festival featured a golden, gold-tinted image from Jean-Luc Godard’s Contempt, of a man climbing the Aztec-like steps of the Casa Malaparte on the Mediterranean island of Capri. It mirrors the fabled red staircase that ascends to the festival’s Lumière cinema—and the animated sequence that precedes every film in Cannes, of red stairs rising from the sea to the heavens accompanied by the dreamy strains of Camille Saint-Saens’ Carnival of the Animals. The symbolism captures the ethos of Cannes: we come here with high expectations. The festival is altar to be climbed. But perhaps we should leave the last word to jury member Donald Sutherland, who found its air-conditioned climes dangerously alpine. During the jury’s opening press conference he kept telling us he was freezing. At the jury’s closing press conference, he showed up in a black headscarf. He said he couldn’t risk catching a cold, because at the age of 80, “that could be it—pfffft.”