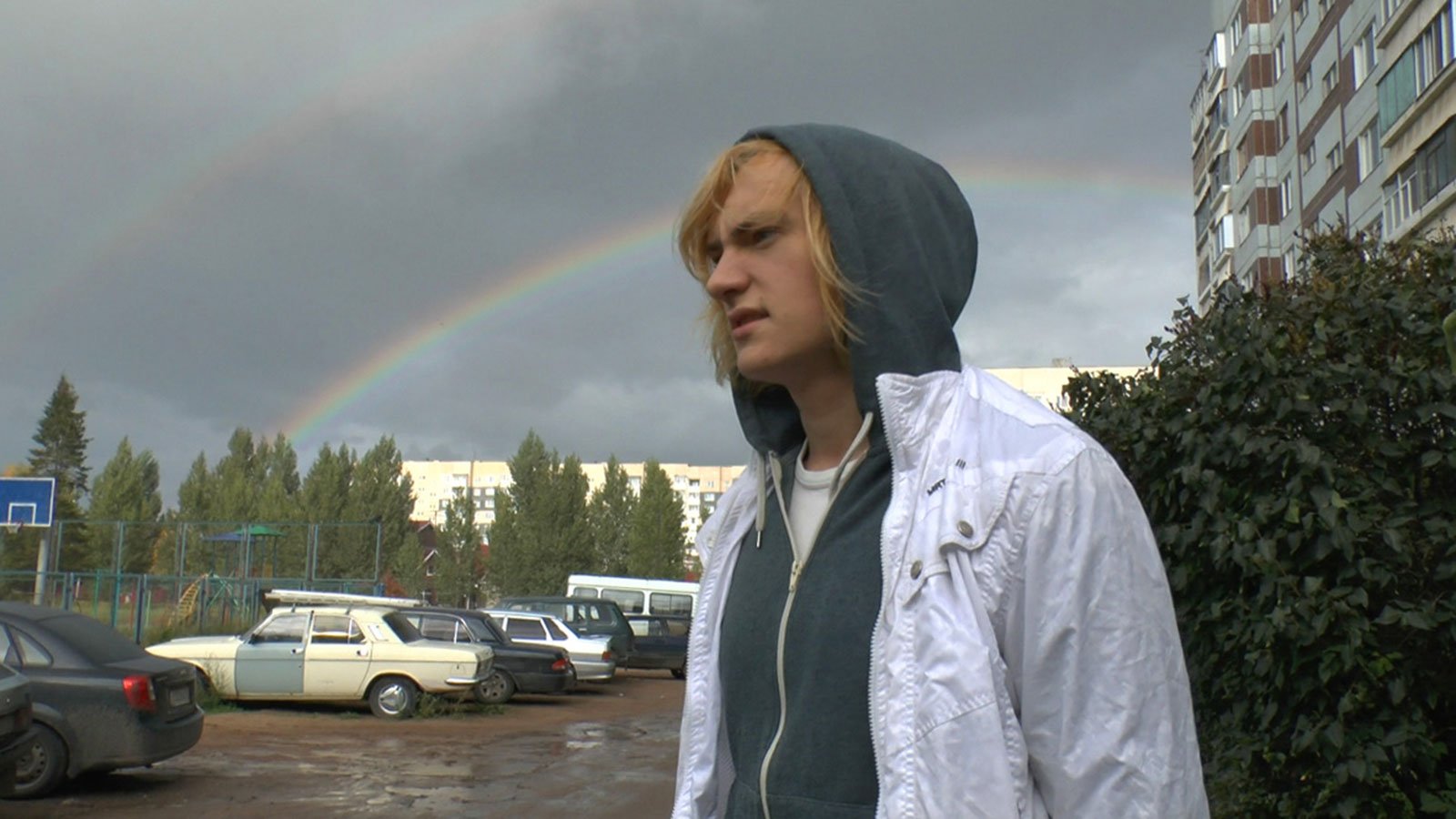 “Imagine a child—I am speaking of myself now—a teenager at the age of 14, 15, who always comes to school late because he is bullied there, and before entering recites ‘Our Lord in heaven . . . ’ It’s true. This is not a joke. And it’s not funny.” The boy speaking is Pasha, a gay Russian teenager and one of the protagonists in Children 404, a new documentary about LGBT kids in Russia that is showing at this year’s Hot Docs film festival in Toronto. The film takes its name from an online mutual support group for gay Russian youth, which in turn is a play on the common Internet error message that appears on screen when a page cannot be found. It’s meant to suggest that in today’s Russia—especially since last year’s law banning “propaganda” supporting “non-traditional sexual relationships” among minors—gay youth are similarly banished. “The law states that it protects minor children under the age of 18, but of course no one has asked those under 18 for their opinion,” says Elena Klimova, the group’s founder.

The film is a fragmented but powerful collection of stories about discrimination, ostracism and inner pain. As part of its production, 45 teenagers agreed to be interviewed and to ﬁlm their daily lives. Most did so anonymously. “The idea was to give these children a voice, because nobody believed that they exist,” Askold Kurov, one of the filmmakers, tells Maclean’s. “We wanted to feel their world, and to see what they see themselves.”

The results are startlingly intimate and at times heart-wrenching. “It was impossible for me to walk down the halls. They spit on me, humiliated me and called me names,” one teen says. “My parents asked about the scratches and bruises. I said that I fell down,” another confesses. As for Pasha, we don’t need to imagine his life in a provincial Russian high school, one he left at the age of 16 to move to Moscow. He returns to the school in the film. The principal greets him warmly. Some students do not. They shout insults at him in the cafeteria, undeterred by the camera filming them.

Part of Vladimir Putin’s efforts to build an inward-looking and nationalistic country involves conflating homosexuality with Western culture in general. It’s striking to see that its effects have reached even young boys. Among the abuses thrown at Pasha in the school is this: “Get the f–k out of here and go to your f–king Holland!” Pasha appears stoic and bemused by this. “Happily enough, they still remember me,” he says. A little later, a school staff member confronts him in the hall and demands that someone call the police.

Throughout the film, Pasha is planning a move to Canada, a place he seems to conceive of as an almost fantasy-like refuge. He tells the principal he feels a mental affinity with the people. He loudly sings O Canada in broken English in the middle of a cavernous memorial hall dedicated to Lenin. He envisions himself living in a house by a lake in Toronto. “I just want to find a boyfriend, love one another, and be happy,” he says.

Pasha has in fact moved to Toronto since the film was shot. He is studying English and has changed his name to Justin because he wants to erase his Russian past. He says he’s happy here and wants to stay. But his life in Canada lies beyond the ﬁlm’s narrative. Toward its conclusion, we see Pasha visiting his maternal grandparents at their home in rural Russia—his grandfather wearing a camouflage jacket and cap, his grandmother in a shapeless floral-print dress. They obviously care deeply for him.

“So, are you leaving us, running away from Russia?” his grandmother asks.

His grandfather jokes that when gay marriage is permitted in Russia, men will finally have a chance to have a proper marriage. His grandmother says Pasha will probably meet a “n—-r girl” in Canada and bring home a “n—-r baby” whom she will welcome and his grandfather will take hunting.

“It doesn’t matter. I tell you, love is the most important thing,” Pasha says.