Disaster aside, the Oscars were a win for diversity—and independence

It was a shame how the Best Picture award snafu ruined an otherwise historic moment. But the night was bigger than one foul-up.

It was an Oscar night for the history books—and Ripley’s Believe it or Not. Just when you thought the White House had cornered the market on nightmarish chaos, while Hollywood was standing firm as a Left Coast bastion of dignified sanity, in the final throes of an Oscar show well into its fourth hour, everything unraveled in a Hollywood heartbeat. It seemed that the David-and-Goliath duel between La La Land and Moonlight—between an opulent studio musical about a white couple conquering showbiz and a micro-budget movie about a young gay black man coming of age in Miami—appeared to be over. Warren Beatty opened the envelope and stared at its contents dumbfounded for what seemed like an eternity, then handed it to Dunaway. Next thing you know the whole gang from La La Land had filled the stage to accept Best Picture while Beatty was mumbling “it says ‘Emma Stone,’ ” and by the time its four producers had gotten around to thanking their wives, all hell broke loose. A guy with headphones ran interference through the crowd, clutching red envelopes. Then out of the melee, La La Land producer Jordan Horowitz announced that there had been a mistake—that Moonlight won Best Picture. “No, it’s not a joke!” And for few moments, the folks from Moonlight and La La Land were all jostling onstage at once, losers and winners trading places in a scene of utter chaos.

As it turns out, even the Academy Awards are not immune to fake news. Twitter went wild. Billy Crystal wasn’t the only one to tweet this sentiment: “I wish that had happened on election day.” Someone else jibed, “La La Land won the popular vote but Moonlight won the Electoral College.”

MORE: Why the Oscars mix-up was the worst-case scenario for the Academy

By the morning after, the confusion had cleared. Warren Beatty was not senile. Faye Dunaway was not blind. The Academy’s venerable accounting firm, PricewaterhouseCoopers, took all the blame and profusely apologized. Beatty had been given the wrong red envelope, a duplicate of the Best Actress Award that had just been won by Emma Stone. Dunaway glanced at it, saw “La La Land” under Stone’s name, and pronounced it the winner without a second thought. It was lucky La La Land had four producers, and that the orchestra didn’t prematurely play them offstage, or the telecast might have ended before we got to see the most colossal mishap in Oscar history.

For Moonlight, the Academy’s adopted poster child of racial and sexual diversity, it was a Hollywood ending as unlikely as the film’s success, which seemed to come out nowhere. A crazy plot twist that outstripped any fairytale sequence in La La Land—whose stars seemed as delighted by the reversal of fortune as everyone else. A camera caught Ryan Gosling giggling onstage as the new result was announced. Backstage, holding court for the media, Emma Stone gushed with unquestionable sincerity: “God, I love Moonlight so much! I’m so excited for Moonlight! … I think it is one of the best films of all time.” And why wouldn’t they be thrilled? After seeing their movie tie the Academy record with 14 nominations, and winning six of them, these two bright, liberal-minded actors might have been feeling a touch of survivor guilt. Their movie was about underdogs triumphing over the rigged showbiz machine. Besides, racial diversity, and speaking truth to power, was the official theme of the evening, from the acceptances speeches to host Jimmy Kimmel’s opening monologue and unrelenting jabs at Trump—”Remember last year when it seemed like the Oscars were racist?” 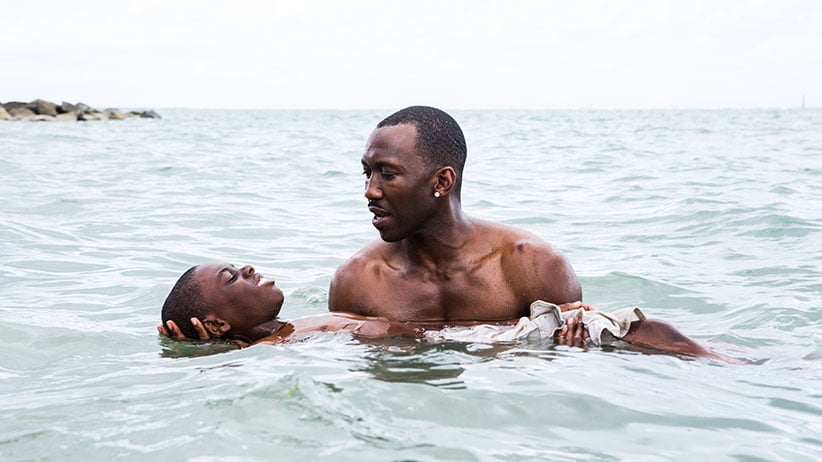 A scene from the movie “Moonlight” (David Bornfriend)

Even aside from the gong show that climaxed the ceremony, it was a historic evening—for Moonlight, for La La Land, and for Hollywood—as new landmarks were set left and right. For the first time since 2007, two black actors won a competitive Academy Award Oscars on the same evening: Mahershala Ali and Viola Davis were honoured for supporting roles in Moonlight and Fences, respectively. Though it’s hard to believe this took 89 years of Academy history, Ali also became the first Muslim actor to win an Oscar. And Davis is the first black actress to receive three Oscar nominations.

When you add two more African-American winners—Moonlight director Barry Jenkins for Best Screenplay and Ezra Edelman, winning Best Documentary Feature for O.J.: Made in America—the ceremony set a record for the most black winners in one year. Also four of the nine Best Picture nominees—Hidden Figures, Fences, Lion and Moonlight—revolved around protagonists of colour. Which is ironic, considering that the Academy expanded its Best Picture slate from five nominees in 2010 with the goal of opening the gates to more commercial blockbusters, not more black and brown artists. Instead, the broadened category has enabled a new mission of diversity, which became an emergency mandate after the Academy became branded with the hashtag #oscarssowhite.

Moonlight’s win marks a historic victory not just for diversity, but for independent cinema. Costing just US$1.5 million to produce, it becomes the lowest-budget film ever awarded Best Picture. And even though La La Land was unfairly cast as the villain in the David-Goliath contest between the two frontrunners—a studio pageant about self-absorbed white artists living out their fantasies, and career ambitions, in a retro-modern revival of song and dance—it, too, is a miracle of indie filmmaking. Its 31-year-old writer-director, Damian Chazelle, becomes the youngest nominee ever to win Best Director. And for this likeable, modest and passionate young man, who barely looks old enough to vote, the film represents an extraordinary feat. La La Land was a passion project cooked up with his composer and college roommate Justin Hurwitz, whom he met at 17. After the meteoric success of their their little-jazz-movie-that-could, Whiplash, Chazelle met Ryan Gosling in Cannes, cornered Emma Stone backstage after her performance in Cabaret on Broadway, and La La Land catapulted Chazelle to the stars—as if he were acting out the showbiz fantasy of the characters he’d created. 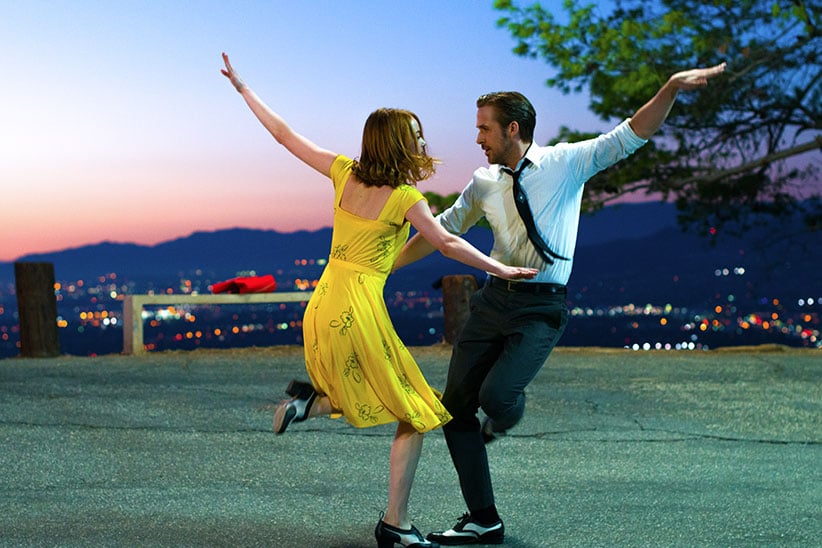 Of course, it’s a crying shame and a staggering embarrassment that La La Land‘s coronation was so rudely disrupted, and Moonlight‘s victory was so hastily tacked on to a imploding ceremony.   And after the Academy had rushed to purge a bunch of its aging white members to make room for younger, more diverse constituents, there was there poetic injustice of seeing Beatty and Dunaway up there, struggling with the envelope, looking like they’d lost their marbles just in time for the 50th anniversary of Bonnie & Clyde.

But happily, it’s only showbiz. No one got hurt. For the viewers who endured the marathon and stuck it out to the eleventh hour, there’s perverse delight in watching something go unbelievably wrong on live television as millions watch. The Academy’s dignity is armoured with such a godlike air of invincibility that it’s almost comforting to know that Oscar’s gold-plated skin can crack. And on this night of blazing madness in real-life La La Land, the City of Stars, Moonlight‘s quiet blue beauty somehow found its way through.

Though I couldn’t help thinking: if a sane and sober accounting firm working for the most slickly produced awards show in the world can screw up in such devastating fashion, how safe do we feel about the world’s biggest showbiz winner, Donald Trump, drumming his restless little fingers within tweeting range of the nuclear codes? But that’s a whole other movie.