The writer, performer and director made some of the most influential comedy films of the 1970s, '80s and '90s 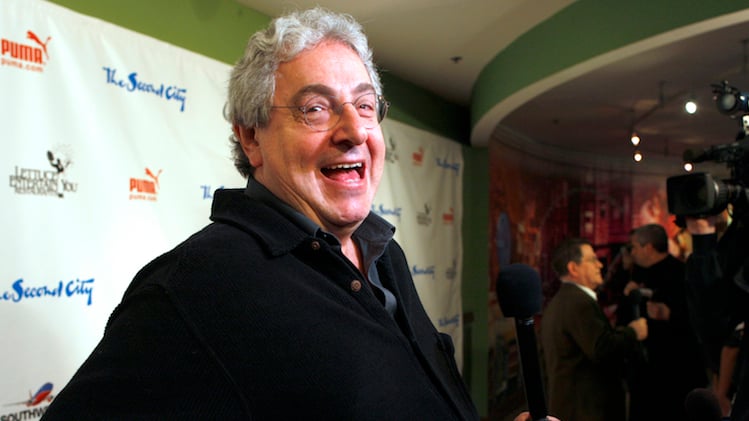 Harold Ramis has died at the age of 69 from “complications of autoimmune inflammatory vasculitis,” according to his hometown newspaper, the Chicago Tribune. The versatile writer, performer and director became one of the most significant figures in North American comedy, helping to develop SCTV and making some of the most influential comedy films of the 1970s, ’80s and ’90s.

When the Second City comedy troupe created its own TV series, SCTV, Ramis, a long-time member of the group, was chosen as the first head writer of the show, also appearing on camera in many sketches. His most famous character was Moe Green, SCTV’s station manager.

After three years doing SCTV in Toronto, he left the show to write screenplays in Hollywood, and wound up writing the script for National Lampoon’s Animal House, one of the biggest comedy successes of the ’70s and the introduction of a whole new style of comedy—a combination of anti-establishment anger and childlike slapstick—that would become the template for many film comedies to come. Ramis was quickly drafted for other youth-oriented anti-establishment comedies: first he wrote Meatballs, his first collaboration with Bill Murray, and then he wrote and directed Caddyshack, a “slobs vs. snobs” slapstick farce that became a revered classic for a whole generation of comedy writers and performers.

In the 1980s, he directed another National Lampoon movie, National Lampoon’s Vacation, which led to many sequels (not involving Ramis), but his biggest success was as a co-writer and performer on Ghostbusters, where he played the bespectacled ghostbuster Egon; it was one of the biggest hits of the decade and led to a whole new cycle of big-budget special effects comedies, proving that dry and hip comedy could be combined with the advances in effects technology to create a movie that was crowd-pleasing for both adults and children.

But perhaps Ramis’s greatest achievement was a smaller-scale film he and Murray made almost a decade after Ghostbusters. Groundhog Day, co-written and directed by Ramis, starred Murray as a TV weatherman who finds himself inexplicably condemned to live the same day over and over again. The movie’s endlessly inventive variations on its simple premise, and its seamless development of Murray’s character from selfish to warm-hearted, has made it one of the most beloved film comedies of all time, and showed Ramis as a comedy director who could be warm and thoughtful while still being funny.

Ramis’s other movies ranged from the successful Analyze This movies to less successful projects like his remake of Bedazzled, and his last film, the historical hipster comedy Year One (which was produced by one of his great admirers, Judd Apatow). He also continued to act in his own movies and others’—appearing as Seth Rogen’s father in Apatow’s Knocked Up, for instance. Despite his skill as a performer, it’s as a creative artist that he made the biggest impact. In television and film, in several different decades, he helped create new trends and styles in comedy that others then followed. And his most popular movies are still as popular today as they were at the time, if not more so. If there’s one person who disproves the idea that comedy doesn’t stand the test of time, it’s Harold Ramis.