How a typo created a scapegoat for the AIDS epidemic

A 1984 study planted the seed that would lead the media to falsely demonize Gaëtan Dugas as Patient Zero of an epidemic that would kill more than 700,000 people in North America 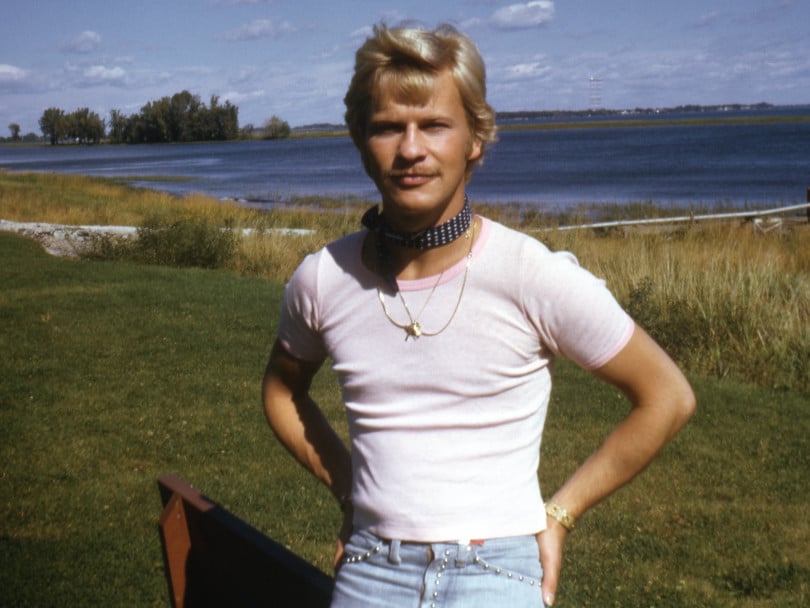 Gaëtan Dugas loved to fly. Adopted by a large family in the Quebec City suburb of L’Ancienne-Lorette, he grew up next to the airport, watching planes take off and wishing he were on board. He trained as a hairdresser, but once airlines lifted the ban on men doing the work of “stewardesses,” he found his dream job. He became one of Air Canada’s new cohort of male flight attendants.

It was 1974. Dugas was a wildly handsome, flamboyant and utterly promiscuous 22-year-old surfing a jet stream of sexual liberation. It was an era when flying was still glamorous, people smoked on planes and the horizon of casual, carefree sex appeared limitless. With a bleached-blond coif and the pants and shirt of his uniform re-tailored to be skin-tight, Dugas wore his gay pride to work. He shared makeup tips with his female colleagues and competed with them to pick up the hottest male passengers. By the end of the decade, the Air Canada flight attendant with the cute French accent and men in every port was a minor legend, known from the airline crew lounge to the bathhouses of New York and Los Angeles.

READ MORE: To win the fight against AIDS, we must end the war on drugs

In 1980, he was diagnosed with Kaposi’s sarcoma, a previously rare skin cancer that would become the mark of AIDS. In the LGBTQ community then, it was known as the mysterious “gay cancer,” with no indication it was contagious. Two years later, Dugas was living in New York and undergoing chemotherapy when Bill Darrow, an investigator for the U.S. Centers for Disease Control and Prevention (CDC), interviewed him about his sexual activity for a cluster study of men afflicted by AIDS. Dugas was extremely co-operative. Estimating he’d had some 750 sexual partners in the previous three years, he gave Darrow a list of 72 contacts from his address book and became Patient 57 in a CDC study of linked cases. Released in March 1984, the same month that Dugas died of AIDS, Darrow’s study planted the seed that would lead the media to falsely demonize Dugas as Patient Zero, arch-villain of an epidemic that would eventually kill more than 700,000 people in North America.

And it all began with a typo.

When Darrow published his report, Patient 57 was renamed Patient O, with the letter “O” standing for “Out-of-California.” Somewhere along the paper trail, the “O” got confused with a zero. Adding to the confusion was the fact that Dugas was the study’s “original” patient, placed at the centre of the cluster diagram, between patients from L.A. and New York. Darrow stressed that there was no evidence that Dugas had infected the others—never mind that he’d introduced AIDS to North America as Patient Zero. But that was the sensational claim made in 1987 by San Francisco journalist Randy Shilts in his bestseller about the AIDS epidemic, And the Band Played On. Cementing Dugas’ legacy as a monstrous degenerate, the book provoked a spate of lurid headlines, and later a cheesy HBO mini-series. It was a textbook case of “fake news” that “went viral” before either term was even coined.

In 2016, scientists debunked the Patient Zero myth with a conclusive study of blood samples that showed Dugas’ virus was unrelated to others in his cluster. By then, it had been established that the HIV/AIDS virus, which likely originated with African primates, had been circulating in North America since at least 1970, and that its incubation period was three or four times longer than the one or two years between sexual contact and illness in the CDC cluster.

Now, Killing Patient Zero—a powerful documentary by Canadian filmmaker Laurie Lynd that premieres at Toronto’s Hot Docs festival this month—sets out to clear Dugas’ reputation once and for all, while challenging the urban legend that he was a sexual predator who deliberately infected his lovers.

Based on Richard A. McKay’s landmark book, Patient Zero and the Making of the AIDS Epidemic (2017), the film features 38 interviews with friends and colleagues of Dugas and Shilts, as well as doctors, scientists and gay men and women who lived through the epidemic, notably the sardonic Fran Lebowitz. They include Darrow, who laments how his study was skewed, and Michael Denneny, Shilts’ editor and publisher, who takes the blame for igniting the Patient Zero hysteria with a shameless publicity ploy to sell And the Band Played On.

Denneny recalls a PR woman coming into his office in tears on a Friday afternoon, saying no one wanted to cover the book. “I panicked and called up an ex-boyfriend who happened to be a publicist,” he says. “He suggested the following, which I thought was extraordinarily clever. The story of Patient Zero is only mentioned in 11 pages. He said, ‘You pull this material out and present it to the New York Post, a miserably homophobic newspaper. This story has everything you want. It has beauty, it has depth, he’s an airline steward and, best of all, a foreigner. They’re going to eat it up.’ ”

Shilts hated the idea, calling it yellow journalism. But Denneny eventually talked him into it, arguing it was the key to getting his groundbreaking work about AIDS onto the national agenda in a Reagan era of deep denial. The Post broke the story with the headline, “The man who gave us AIDS.” And the New York Times, which had refused to review the book, would publish 11 articles on it over several weeks. Dugas’ family, horrified to see Gaëtan so cruelly exploited, refused to co-operate when 60 Minutes came looking for interviews. They’ve stayed out of the media ever since.

What’s remarkable is that the prime movers of the Patient Zero myth were all gay and progressive—the publisher, the publicist and Shilts, who died of AIDS in 1994. It wasn’t just the straight world that craved a scapegoat. And two decades before he made Killing Patient Zero, Lynd admits that Shilts’ book had a huge impact on him as a young gay man. “It woke me up,” he told Maclean’s. “I was living in New York and had blinders on—I was so lucky I didn’t get AIDS—and I bought into the whole Patient Zero thing.”

His filmmaker friend John Greyson was more circumspect, however—he had the prescience to puncture the myth with his surreal musical satire, Zero Patience, a small Canadian film that premiered the same week in 1993 as Philadelphia, the AIDS drama starring Tom Hanks.

Greyson, among other subjects in Lynd’s film, points out that Dugas’ promiscuity wasn’t as freakish as it sounds in the context of the times. Between rising up against persecution in the Stonewall riots at the end of the ’60s and being decimated by AIDS in the ’80s, the 1970s represented a brief window of delirious freedom for the gay community. “We thought that sex was good for you,” says Lebowitz, marvelling at the male capacity for racking up anonymous encounters. “New York was an orgy. To me, it seemed you couldn’t possibly have sex with so many people.” Putting things in perspective, Denneny says, “If you scored two nights a week, that meant you didn’t score five nights a week, so you felt frustrated.”

No one disputes that Dugas was an overachiever and may have played an unwitting role in spreading the AIDS virus. But the most sinister accusation was that he did so with psychopathic intent, as a kind of “Typhoid Mary.” In interviews, Shilts went so far as to compare him to Jack the Ripper and serial killer Richard Speck. Lynd, who suspects Shilts was influenced by “internalized homophobia,” tries to undo the damage through testimony from those who knew Dugas as a kind, generous soul who was singled out only because he was such a co-operative patient. Like many early AIDS victims, Dugas persisted in having sex during his illness because there was no proof that it was sexually transmitted. But because his co-operation helped prove that it was, Greyson sees him as a hero, and as a gay man boldly immune from guilt and shame who “epitomized a politic of deep pleasure.”

A fellow flight attendant, Elaine Watson, remembers Dugas as someone who was “ahead of his time—he was who he was; he didn’t pretend to be straight, he didn’t pretend to be anything.” Another close colleague, Gaetane Urevig, has fond memories of a joyful soulmate who used to tell her, “One day, I’ll be a star.” Gaëtan Dugas didn’t live long enough to find out the sad consequences of his idle prophecy. But, as his legacy finds a warmer spotlight, he may have finally scored some long-overdue redemption.