How the shower scene from 'Psycho' slashed its way into legend 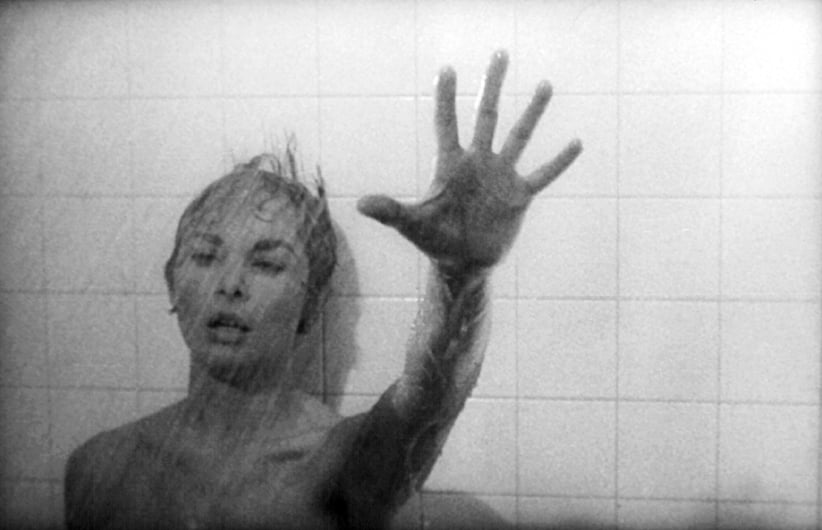 The shooting script for Alfred Hitchcock’s Psycho includes an odd bit of formatting. Amid the normal flow of action, dialogue and the establishment of settings and camera placements—e.g. “EXT. HIGHWAY 99 – LONG SHOT” and “EXT. BATES’ MOTEL – (DAY)”—there emerges, in all caps, two unsettling words: THE SLASHING. A scene that might normally require one line splashes descriptively over two full pages, including this colourful bit of direction: “An impression of a knife slashing, as if tearing at the very screen, ripping the film.”

It’s a masterful, prophetic explanation of Psycho’s infamous “shower scene,” a cinematic shock without precedent when it was released in 1960, in which the film’s star and the viewer’s only point of identification—the tormented secretary-turned-thief Marion Crane (Janet Leigh)—is brutally murdered in film’s first half. Like The Godfather’s severed horse head wake-up call, or the mock-orgasmic “I’ll have what she’s having!” scene in When Harry Met Sally, the sequence is a piece of near-universal cinematic currency: The silhouette behind the shower curtain; composer Bernard Herrmann’s screeching violins; the unblinking eyeball in the bath; the blood pinwheeling hypnotically down the drain. Even if you haven’t seen Psycho, you’ve seen the scene: in comedic parodies courtesy The Simpsons, Planes, Trains & Automobiles or National Lampoon’s Vacation, or in more faithful homages in Brian De Palma’s Phantom of the Paradise, or a recent shot-for-shot recreation on the Fox TV series Scream Queens that features Jamie Lee Curtis (Leigh’s daughter) foiling her own bath-time skewering.

And for film scholars, it really was as if the knife had slashed through the movie, torn through the screen, and carved out a rupture in pop culture that scholars and fans are still peering into, wide-eyed. Film critic Jonathan Rosenbaum has called the shower stabbing “the most drooled-over sequence in the history of cinema.” It’s also arguably the most studied: it’s afforded pride-of-place in books like David Thomson’s The Moment of Psycho, Stephen Rebello’s Alfred Hitchcock and the Making of Psycho and Raymond Durgnat’s A Long Hard Look at Psycho (who writes, “The shower scene blasphemes against a modern American religion: fresh hygiene, bodily health, sensuous happiness, ever-renewable innocence”). The sequence has even merited at least one book-length study of its own: Philip J. Skerry’s 316-page analysis Psycho in the Shower: The History of Cinema’s Most Famous Scene.

“Really, it changed everything,” says Alexandre O. Philippe, director of 78/52, a new documentary focussed on Psycho’s seminal slashing sequence that makes its Toronto bow at the Hot Docs film festival on May 4—and the latest pathologist to dissect the corpse in the tub. “For me, it changed the ritual of movies. It’s a pretty astounding thing, and it’s not something we think about today.”

78/52 is remarkable in its synthesis of all this extant scholarship and fascination. The film features interviews with film scholars, filmmakers (including Guillermo Del Toro, whose status as a Hitchcock scholar arguably rivals his own artistic bona fides), Janet Leigh’s body double (who reveals that Hitchcock insisted she wear an awkward “crotch patch” for the weeklong shower shoot), and notable Hollywood enthusiasts (Elijah Wood, Ileana Douglas, Jamie Lee Curtis). Using interviews, recreations, and close-reading analyses, Philippe develops an image of the shower sequence as a shared cultural obsession that people keep returning to: a enigmatic, alluring piece of film that still possesses the power to fascinate, arouse, unnerve, shock, and revolt.

Hitchcock reportedly spent a full week of Psycho’s tight four-week shooting schedule perfecting the sequence, and now Philippe has spent nearly three years studying it and deconstructing it, again and again and again, for 78/52. (The doc’s name is indicative of how granular Philippe’s focus was: it refers to the 78 shot set-ups and 52 cuts that comprise the scene itself.) “It’s probably the one scene that’s the most discussed and written about in the history of movies—and deservedly so,” says the filmmaker. “Yet it’s a scene that, in a strange way, we know so little about. It’s a scene that has so many secrets. In a way I’ve been studying this scene for three years, and I’ve been studying Hitchcock for my entire life. I feel just now that I’m starting to understand this scene.”

As a young kid, Philippe was a Hitchcock obsessive. Growing up in Switzerland, he’d screen the Master of Suspense’s films on ruddy VHS copies for his family Sundays, accompanied by introductions and post-screening Q&As—good training for a process he’s been repeating since 78/52 premiered at Sundance earlier this year, en route to Hot Docs. A graduate of NYU’s Tisch School For the Arts, Philippe received attention for his 2010 documentary The People vs. George Lucas, which delved into rabid Star Wars fandom. His film about zombies in pop culture, 2014’s Doc of the Dead, cemented Philippe’s status as a young talent making good films about films, and the broader cultural context they shape.

In this sense, 78/52 is a consummate statement. While a documentary about the Psycho shower scene may scan like an object of niche interest, Philippe and his chorus of talking heads do a wonderful job developing the sequence as a kind of primal scene for contemporary pop culture: it introduced a new standard for screen violence (author Bret Easton Ellis notes in 78/52 that Psycho made murder “an acceptable part of entertainment”), and for depictions of female bodies in savage distress. Through crafty, typically Hitchcockian sleight-of-hand, Psycho changed how we identified with on-screen characters by forcing the viewer into an uncomfortable association with the feckless murderer Norman Bates after Marion Crane’s death. It also, however incidentally, anticipated the violence and ferment of America in the 1960s by moving the sadistic violence of the horror film out of gothic castles and mad scientists’ laboratories and straight into buttoned-down, domestic, all-American everyday life—all while elevating the ostensible shlock of a nude shower stabbing to high art.

The artistic risk is that burrowing so thoroughly into one film—let alone one scene—would exhaust its thrills. Yet unlike the reveal of a magic trick, which spoils the effectiveness of the spectacle, Philippe’s documentary deep-dive only enriches the appreciation of Hitchcock’s craft and canny. “I do not claim to have cracked or solved all the mysteries of Psycho, or even of the shower scene,” Philippe says, humbly. “My hope is that it will give people this desire to go and watch Psycho again, and to dig deeper.”

More than an academic dissection of an acutely studied and obsessively drooled-over sequence, 78/52 is bound to lead viewers back to Psycho, and to the seeming safety of the Bates Motel. And just when you thought it was safe to steal $40,000 from your boss, high-tail it out of town, seek refuge in a suspiciously vacant motel, hop in a piping hot shower, and shampoo that sin right out of your hair.