How the Western has waned

Westerns once ruled the movie theatre. But a remake of 'The Magnificent Seven' shows just how far the genre has fallen. 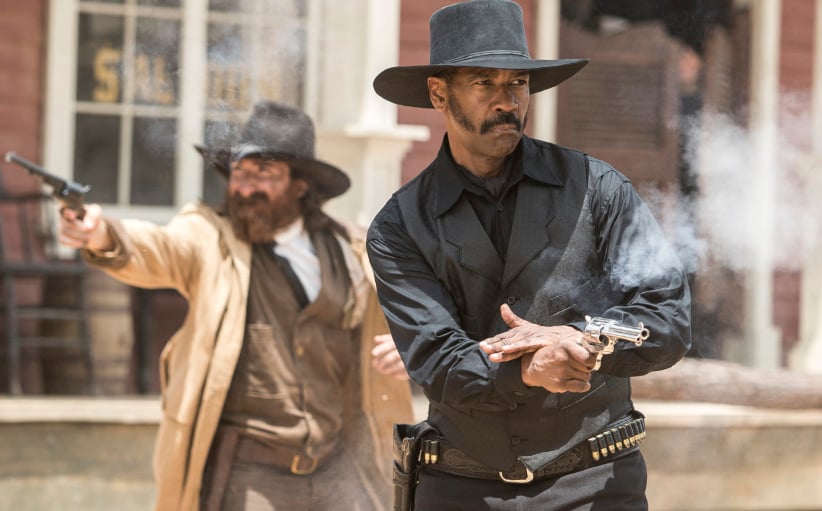 When the first version of The Magnificent Seven was released in 1960, it came into a world where Westerns dominated popular culture. The latest remake of The Magnificent Seven (an Americanization of the epic Seven Samurai) appears in a different world. When it premiered at Toronto International Film Festival on the way to a wide release, it was a rarity: a Western seeking a mass audience. “It’s no longer a popular genre,” says Andrew Nelson, author of Still in the Saddle: The Hollywood Western, 1969-1980. John Wayne would have been shocked to hear that.

Westerns have had trouble since the 1960s, when young people turned against old establishment forms. But recently, there have been more high-profile Western disappointments than usual. Cowboys & Aliens, an expensive blend of science fiction elements with a Western setting, was one of the first big flops of the decade. The usually infallible Disney had a bomb with The Lone Ranger, a movie about a once-iconic Western character who was a complete stranger to most moviegoers today.

Few studios now would greenlight a Western as a summer tentpole, especially with the increased importance of the international market. Vincent Lacomme, who runs the French website WesternMovies.fr, points out that the well-regarded Russell Crowe vehicle 3:10 to Yuma “cost $55 million to make and grossed $53 million in the US, and barely $16 million in other territories. For historical reasons, it remains mostly an American genre.”

But even in America, viewers may not be familiar enough with the style. “Yesterday’s generations were born with serials and B-Westerns,” Lacomme says, and everyone used to know the clichés, like the sheriff trying to clean up an outlaw-ridden town. Today, the conventions of superheroes fill the space that Westerns once occupied. “A child born at the turn of the century is now 16,” says Boyd Magers, editor and publisher of the web site Western Clippings. “He or she simply has no connection to the real west or the ‘reel’ west.”

“Audiences think of the classic frontier, where you can ride on horseback for days and not meet another person, as so far in the distant past as to not be relevant,” adds Cynthia Miller, author of International Westerns: Re-Locating the Frontier. “A common off-the-cuff reaction is ‘those are my father’s or grandfather’s movies.’ ”

But fathers and grandfathers still vote for awards. Nelson explains that where older Westerns were populist, many of today’s entries “are generally intended to win awards and garner critical acclaim.” Quentin Tarantino’s last two films, Django Unchained and The Hateful Eight, were Westerns. Charles Portis’s Western novel True Grit had already been made into a film with John Wayne, but the Coen Brothers remade it in 2010 as a more artful, less traditional film—and leaving out the stock Western elements may have made it a better picture. “A ‘prestige’ film intended for a serious, and perhaps more intellectual, audience can do certain things that a film intended for a popular audience can’t,” says Nelson.

Filmmakers have also had success taking elements of the Western without exactly making one. Alejandro G. Iñárritu’s The Revenant was a tale of the 19th-century American frontier, but it was sold more as a nature epic, and won Academy Awards for Iñárritu and star Leonardo DiCaprio. Movies like Hell and High Water and TV shows like Justified have told modern stories with the feel of Westerns: some of the iconography is there, but they don’t alienate today’s viewers.

What is still waiting for revival is the pure commercial Western, where the clichés are played straight. The Magnificent Seven might do it, and so might October’s In a Valley of Violence, with Ethan Hawke as a gunslinger and John Travolta as a marshal. But Bob Welch, editor-in-chief of American Cowboy magazine, worries that today’s moviemakers can’t present Western heroism unironically: “They’ve left behind an important part of the good versus evil theme. Westerns don’t portray a hero who appeals to a code of conduct above and beyond themselves.” Audiences will accept that from Captain America. But from people in cowboy hats? That may be too much to believe.