Do directors matter in blockbuster movies?

Joss Whedon won't be directing any more 'Avengers' films for Marvel. But superhero flicks are no place for an auteur anyway, writes Jaime Weinman 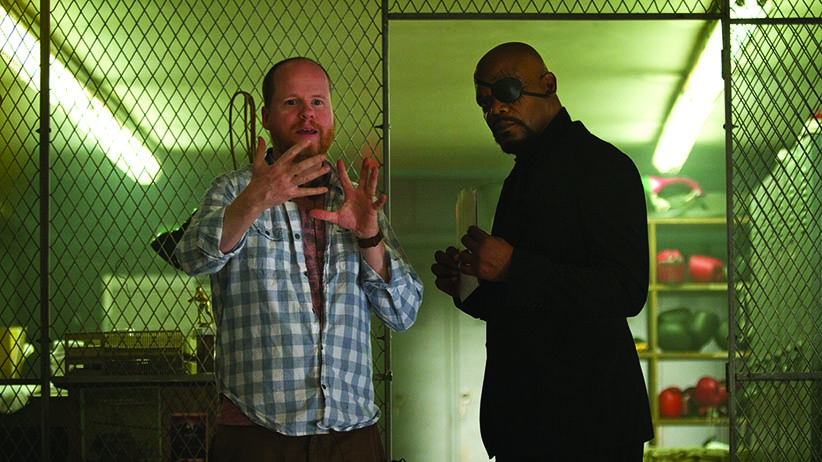 Can a superhero movie have a personal style? A little, maybe, but not much. Joss Whedon, director and writer of Avengers: Age of Ultron, is known for his very personal work in TV and film. But while his Avengers films have some of his trademark one-liners, they look and feel very similar to other Marvel movies. “You watch a Buffy the Vampire Slayer episode like ‘Hush,’ or the Firefly episodes he worked on, and there is a visual style there,” says Noel Murray, a film critic for The Dissolve. “I don’t think that’s evident at all in The Avengers.” Now that Whedon is leaving Marvel’s films, he will be replaced on the sequels by Joe and Anthony Russo, who had done mostly TV comedy (Arrested Development, Community) before they were hired by the studio. The modern blockbuster is not the place for an auteur.

Kevin Feige, the producer of all the Marvel films, is so far from treating directors as stars that he often hires interesting filmmakers who are a little down on their luck. When Whedon got the first Avengers, he was coming off a failed TV series (Dollhouse). Other choices have been journeymen with some relevant experience. The director of the first Captain America movie, Joe Johnston, was picked because he’d made a similar Second World War superhero adventure, The Rocketeer, in 1991. These directors can do what the movie requires, but they don’t have power to compete with the producer or the studio.

Related: Why Marvel Studios needed the Spider-Man franchise back

Directors who expect to have power don’t find themselves in a good position in comic book movies. Edgar Wright, a writer-director known for taking complete control of his projects (like Shaun of the Dead), found this out on Marvel’s other 2015 production, Ant-Man: after years developing it, he clashed over fitting it into Marvel’s overall plan, and left shortly before ﬁlming started. More recently, Canadian director Michelle MacLaren (Breaking Bad) was replaced as director of a proposed Wonder Woman movie. Variety reported that she left because she wanted “an epic origin tale in the vein of Braveheart.” Her replacement? Patty Jenkins, who was fired from Marvel’s Thor 2.

Not that this is anything new in the movie business. “The idea of a director-driven Hollywood is a bit of a myth,” says film historian Peter Labuza, host of the podcast Cinephiliacs, who compares Feige’s model to John Lasseter’s producer-driven system at Pixar, or the classic studio system of the 1930s, “where producers take more creative vision, creating a house brand.”

This is particularly true with huge-budget, blockbuster movies, which are often too big for one director to control. The biggest scene in the 1959 smash Ben Hur, the chariot race, was handled by a second unit with no input from the movie’s nominal director, William Wyler. On a modern superhero film, Noel Murray says, the director will work with the actors, but “if it was just stunt people and doubles and people running through a tunnel, someone else directed those things.”

Related: The power of superhero mythologies—and why we must open them up

That doesn’t mean a director can never bring a world view to a franchise film. Avengers: Age of Ultron, where Iron Man (Robert Downey Jr.) creates a mass-murdering robot, reflects Whedon’s obsession with dysfunctional families. And Christopher Nolan brought some of his own preoccupations to the Batman movies.

But as franchise movies are planned more in advance, with each movie setting up the next, it may be harder for a director to try anything different, as Wright found out. “How big a risk can you take on a director’s vision, when the entire corporation’s profit projections are riding on it—not just for this year, but for the years of sequels to come?” asks Farran Nehme, writer of the film blog Self-Styled Siren. When Warner Brothers allowed Bryan Singer to make 2006’s Superman Returns as a very personal, melancholy film, it under-performed at the box office and produced no sequels. That may be a mistake no studio will make again. A company making superhero movies is like a supervillain—it’s trying to take over the world. It can’t risk everything on the whims of one of its henchmen.