Hollywood Canadians Rachel McAdams and Ryan Reynolds are both trapped in formula fare. 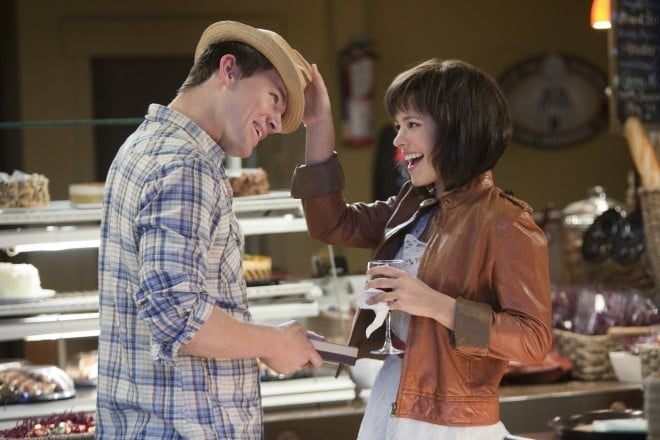 Channing Tatum and Rachel McAdams in 'The Vow'

There are few Hollywood stars who appear to be as genuine, innocent, and downright likable as Canadian actors Ryan Reynolds and Rachel McAdams. Both have movies opening this week, his-and-her titles that present a fatal date-night choice of gonzo male action versus chick-flick romance. Reynolds co-stars with Denzel Washington as a CIA man  relentlessly on the run in the hellbent thriller Safe House. And McAdams co-stars with Channing Tatum as an an amnesia victim who loses all memory of her husband after a car crash in The Vow. Both of them do a decent job, but their respective talents are squandered in stories that go through motions of Hollywood formula.

The Vow is soft-headed romance and Safe House is gritty action, but both are disingenuous confections that don’t add up. Which is not to say they don’t provide some pleasures. McAdams has never looked more adorable, and Reynolds bulls his way through the bloody gauntlet of Safe House like that steed tearing through the barbed wire in War Horse. Men all over North America will be dragged to The Vow. It’s the designated date movie for Valentine’s Day, while Safe House pays fleeting lip service to romance with a token girlfriend who’s abandoned for a frantic marathon of gunplay, chase scenes, and torture.

Rachel McAdams cruises merrily through The Vow as if she’s humouring her co-star, the script and the audience. Don’t get me wrong. I love Rachel McAdams. Who doesn’t? Not just because she has the beauty, warmth and candour of a true movie star, but because she can act: she seems incapable of a false note.  So what is she doing in a phony valentine like The Vow? As Canada’s sweetheart racks up another Hollywood romance, threatening to become the Meg Ryan of her generation, she should be holding out for movies worthy of her potential. She has, in fact, wrapped a new film directed by Tree of Life director Terrence Mallick, which is exciting. But in the meantime she deserves better than The Vow‘s shlock. She deserves a more substantial suitor than an expression-challenged Tatum Channing,  Hollywood’s hunk du jour. And finally, if she’s going to shoot a movie in her hometown, it should look more authentic than The Vow‘s lame attempt to pass off Toronto as Chicago. But then, everything about this romance seems inauthentic.

It’s “inspired by a true story”—a phrase that is so often appended to Hollywood fables that seem utterly divorced from reality. The inspiration, in this case, is the case  of New Mexico’s Kim Carpenter and his wife Krickett, who had to reboot their relationship after a car crash wiped Krickett’s memory of it. Kim and Krickett! Too bad the film had to ditch the real names. But this first feature—co-written and directed by Mike Sucsy (Grey Gardens)—is fiction.

Paige (McAdams) has forgotten that she’s got a husband, a record producer named Leo (Tatum), and that she has a vital career a sculptor. She’s also forgotten that she dropped out of law school to be an artist, to her parents’ horror, and dropped her old flame. She has regressed to her square, pre-enlightened youth, still loyal to her parents (Jessica Lange, Sam Neil) and the creepy old boyfriend (Scott Speedman), who work to reclaim her affections as if winning her back to a cult.

Via flashbacks, we see Paige and Leo meet cute, fall in love over a box of chocolates and get married in a guerrilla wedding in an art gallery with their friends, a bohemian posse right out of central casting. Then post-amnesia, Leo takes her through the courtship all over again. Tatum is absurdly perfect, virtuous—and eager to take shirt off. He’s a chick-flick trooper.  As Paige’s gothic parents, Lange and Neill are like sinister conspirators as they try to steal their daughter back to the Bourgeois World of No Art. Speedman does his best to act snaky as the old flame, but frankly, he seems a far more interesting prospect than the featureless Tatum. Any guy who gets roped into seeing The Vow on Valentine’s Day should be rewarded with special favours. 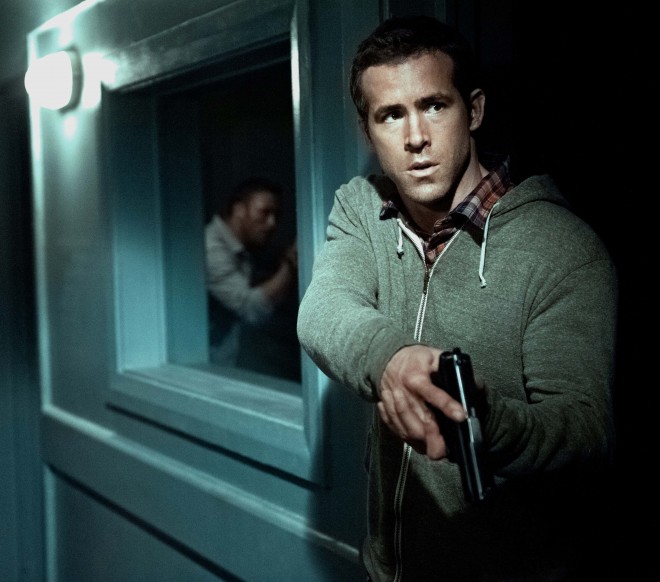 Ryan Reynolds plays a rookie agent who’s the custodian of a CIA safe house in South Africa. His job suddenly gets interesting, too interesting, when he’s charged with protecting a legendary spy-turned-traitor (Denzel Washington), who’s carrying a digital file of incriminating evidence and who has a small army chasing him. You don’t really need to know about the plot, which is sketchy at best. Safe House is all action, and very little talk. Directed by Swedish hotshot Daniel Espinosa, it’s shot in a grainy, saturated, handheld style, with such rapid-fire editing that the cutting becomes a martial art unto itself. This is slam-bang rock’n’roll mayhem that plays like Tony Scott on amphetamines. It’s well crafted, and the visuals are virtuosic, but this is show-off filmmaking, an eye-candy blitz of empty calories. Some people are hooked on this stuff, but it’s not to my taste.

Safe House is outfitted with an overqualified, underemployed cast—Vera Farminga, Sam Shepard and Brendan Gleeson go through the motions as sullen CIA honchos; there’s not a whole lot of acting for these actors to do. Washington plays the cool-hand manipulator, acting with his little finger, and conveying more with the disinterested way she shoots people dead, as an afterthought, than with dialogue. It’s a vanity project of a performance. Reynolds is the star of the film, but because he’s the junior actor, playing the rookie character, he’s given even less to work with. Racing from pillar to post, he just keeps his head down, accumulates cuts to his face, and does the job—canon fodder on the front lines of Hollywood flash and trash. A good Canadian boy.