Let the right one in: 'Admission' and 'Olympus Has Fallen' 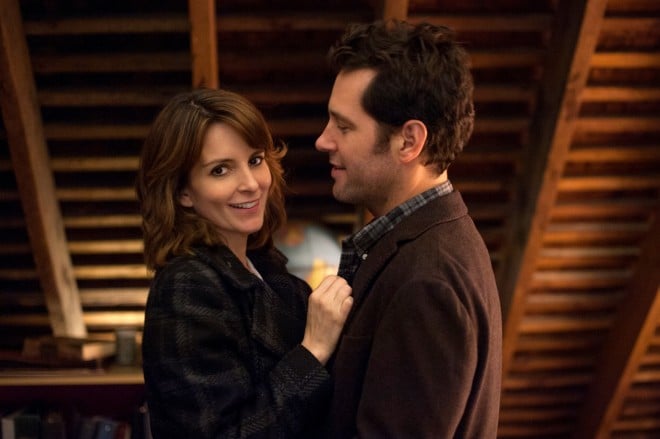 Opening this week are two Hollywood offerings from opposite ends of the brains/brawn spectrum—Admission and Olympus Has Fallen. Both are about the barbarians at the gate. The first is not as smart as its academic pedigree would suggest; the latter is not as dumb as you’d expect.  And neither movie breaks the mold of its own formula—respectively a fortysomething romcom and a stars-and-stripes disaster flick. But each is entertaining, up to a point. It’s an apples and oranges choice—snakes & ladders in an ivory tower versus the wholesale destruction of the White House. I’d recommend Admission, if only for the deft, amiable performances of Tina Fey and Paul Rudd. But for an action junkie who just can’t get satisfaction from another Die Hard sequel, Olympus Has Fallen offers a generic methadone fix. (Also opening this week is Home Again, a drama about Jamaican deportees by Canadian director Sudz Sutherland, which I wrote about in last week’s magazine.)

Tina Fey plays to her strength as brisk, brittle career woman, a control freak with a quick wit who has all her ducks in a row, but is about to see them go flying every which way. She plays Portia, a straight-laced admissions officer at Princeton University—which, surprisingly, has lent its brand to a movie that doesn’t always show the institution in the most flattering light. On a recruiting visit to a rural alternative high school,  Portia meets her match in its left-liberal administer, John (Rudd), a former classmate who urges her to consider one of his students (Natt Wolf) for Princeton. He’s a charming but unconventional kid, an autodidact without the required academic qualifications.

The complication, which establishes the premise, is that John believes the student is the son Portia secretly gave up for adoption many years ago. The script traffics in some facile stereotypes, notably Portia’s mom, a crusty old feminist hippie played by Lily Tomlin. But Tomlin’s performance overrides the cliché of the role with such swagger that she brings it to life. Although Fey and Rudd don’t generate much in the way of sexual chemistry, their comic timing is silk-smooth. The repartee between her hard-boiled intellect and his touchy-feely generosity makes a good combo, and a novel reversal of the archetypical male-female division of emotional labour.

For parents trying to slip their children through the ivory gates of academe, Fey’s deliciously self-immolating performance as a gatekeeper has an irresistible lure. She cuts to the quick with a tart comment early in the film, condemning those “parents who think that their kid’s application is the final referendum on their parenting skills.” The film’s turnaround, of course, is that, as she tries to bend the rules for her own candidate, she too succumbs to maternal myopia.

What makes Admission worth the price of admission is the cast. The movie is inelegantly long for a romantic comedy. Only Judd Apatow gets away with romcoms in the two-hour ballpark, and that’s because he lards them with enough jokes to justify it. Admission is no laugh riot. But it has some wit, and at least it’s about something that we haven’t  seen before. Despite the formulaic structure—every character is a type, paired off with his or her textbook opposite—there’s a whiff of inside-baseball realism to the its detailed portrait of the university admissions process, with that literal egghead, Wallace Shawn, bringing mock gravitas to his role as the Admissions dean. 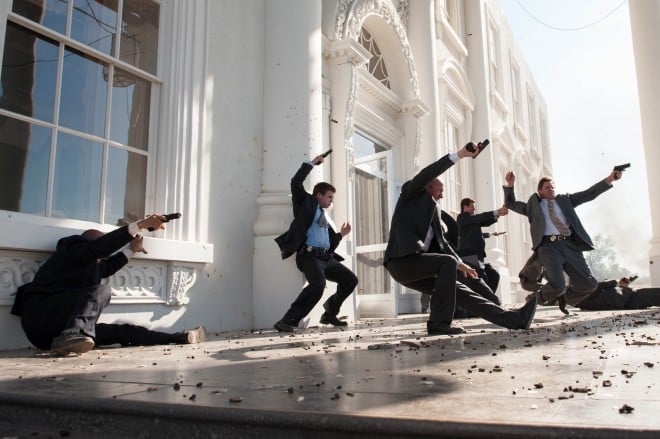 For those who like this sort of thing—and I’m not a big fan of the jingoistic action genre—it does the job. As if taking a cue from Jeremy Renner, Gerard Butler keeps his head down and plays it dead straight as no-frills hero Mike Banning, a defrocked Secret Service agent who fights to redeem himself, and save his president, who is held hostage in the White House bunker after a massive North Korean terrorist assault. Directed by Antoine Fuqua (Training Day), the action unfolds with compelling intensity. And though Renner plays the hero, there’s almost an ensemble parity among the 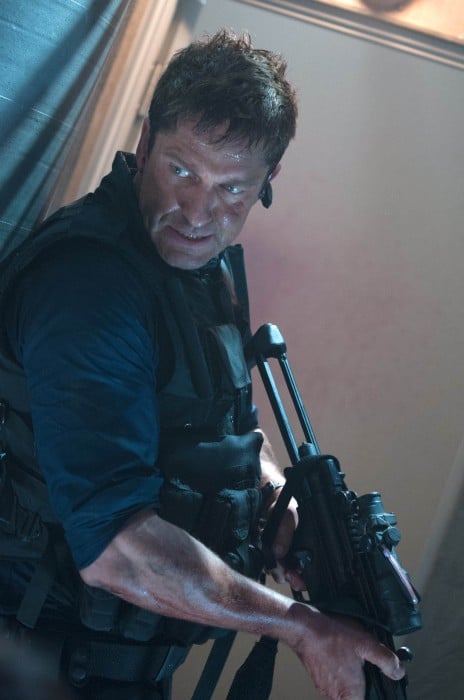 Gerard Butler in 'Olympus Has Fallen' / Courtesy of VVS Films

principals, who include Aaron Eckhart as the president imprisoned in the White House, and Morgan Freeman as a congressman who becomes the acting president, which by now doesn’t take much acting—it seems Freeman can play the president in his sleep.  The North Korean villain, meanwhile, is a slippery, mild-mannered megalomaniac played by Rick Yune (The Fast and the Furious), who earned his Dr. Evil pedigree as the bad guy in Pierce Brosnan’s final Bond picture, Die Another Day. Even the minor parts are filled with overqualified actors, including Ashley Judd as the president’s wife and Oscar-winner Melissa Leo playing a Hillary Clintonesque role as the scrappy Secretary of State—a rather humiliating role in which she gets dragged around the White House floor and hurled around like a cartoon version of battered woman.

As with any disaster movie, this one offer the perverse, vicarious thrill of seeing America’s national monuments shattered under military siege. Although the story is preposterous, the notion of a clandestine attack on the heart of Washington, under the cover of diplomacy, is sobering enough that you might worry the North Koreans would want to use the script as a playbook. The movie certainly arrives with uncanny, if fortuitous, timing. One could imagine it being used as a propaganda spectacle to rally North Koreans to support the great war that they are being promised—but the ending would have to be changed.