'Man of Steel' could use more man and less steel 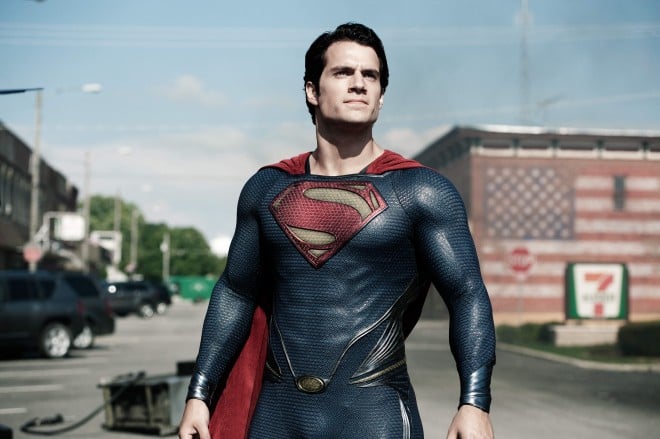 Now the most anticipated blockbuster of summer has arrived, I wish I could embrace it with a review that’s more rapturous than mixed.  As someone old enough to have grown up on Superman comics when they were they were sold for a dime on newsstands, I’m ashamed to say I care deeply about this guy. I think my first ambition was to be Superman. And like a die-hard Maple Leafs fan, I’ve rooted for him over the years against all odds—from the original black-and-white TV show with George Reeve in a saggy suit through Christopher Reeve’s valiant run on the big screen. Superman is the prototypical and Almighty superhero. And trying to capture his virtue and invincibility in the flesh of film has always been a challenge. But after the dead-end reboot of Superman Returns (2006),  I was as excited as anyone by the Man of Steel trailer, and encouraged to see the franchise gain some heft with director Zach Snyder (300, Watchmen) and producer/co-writer Christopher Nolan (The Dark Knight).

But there’s a dirty war going on in Man of Steel, and I’m not talking about the earth-shaking showdown between Superman and Krypton’s genocidal General Zod. It’s the war between carnage and character that now rages at the heart of every comic book blockbuster. And once again, carnage wins by a landslide. I know it seems perverse to complain that there’s too much action in action movies. But what is so magnificent about Man of Steel—the immaculate casting, the elegant design, the poise of the actors, the sweet spots of emotion—is overwhelmed by endless tableaux of destruction. The apocalypse has become just another blockbuster trope, as obligatory as the chase, the fireball and the fist fight. It’s no longer a question of “stopping” the apocalypse, just deciding how much of it to dish out before declaring victory over it. So before our Man of Steel can save the world from Zod’s alien army, it has to be all but demolished before our eyes. There’s no visible bloodshed, just acres of what you might call “steelshed,” as the towers of Metropolis/Manhattan are lacerated, shredded, toppled and crushed in a shameless marathon of 9/11 porn.

Too bad, because there’s a good movie buried in the rubble.

Man of Steel is an origin story that deepens the mythology of the franchise with the Wagnerian complexity that has become Nolan’s signature. It takes Superman’s origin back to ground zero on Krypton, with the screams of his mother suffering through the planet’s first natural childbirth in 1,000 years—the first “origin” story to take its mandate so literally. Kal-El, our alien baby in a manger, is a Christ figure from the word go. The only son of Jor-El (Russell Crowe), he’s a born saviour, sent to rocketing to Earth as his people’s last shot at salvation. Krypton is about to vanish off the face of outerspace, imploding from bad environmental stewardship. As the doomsday clock ticks, Jor-El battles General Zod (Michael Shannon), then launches the Chosen One with a codex that contains the entire DNA of Krypton’s people. Before the planet goes boom, Zod is exiled for his crimes, which allows him to escape its destruction and hunt down Kal-El on Earth with his bad-ass army.

The movie’s first act, which takes place on Krypton, unfolds as a space opera, in which super-advanced technology co-exists with warrior knights in armour. Shades of Star Wars. I found the Krypton sequences tedious and cheesy. Couldn’t wait to get to Earth. Once we’re there, the narrative jumps back and forth between flashbacks of Clark Kent’s troubled boyhood, as Firestarter Kid struggling to contain his powers, and his early adulthood as a bearded labourer trying to mind his own business, when not anonymously saving lives.

The beard is a cool trick. It allows for the gradual reveal of an actor who is perfectly cast, even though he’s British. Henry Cavill is to the Man of Steel manor born. He looks stupendous in the suit, and with his chiselled features, he could be made of steel, ridiculously handsome in an other-worldly way. Also, when given half a chance, he can act. Behind the inscrutable good looks, his eyes flash with glimmers of intrigue, pain and lust. And he has something to work with. Born an alien but raised a human, his character is tormented by a conflict that is at once existential and global. And as he battles Zod for Earth’s destiny, he must choose between saving humanity or letting Earth become New Krypton.

Superman eases into his mission, and the costume, at the same time that he meets the intrepid Lois Lane. Played with saucy smarts by Amy Adams, Lois gets an upgrade in the reboot: when not being a damsel in distress, she’s a Pulitzer Prize-winning investigative journalist who comes armed with iPad and says, “I get writer’s block if I’m not wearing a flak jacket.” The idea is that she’s no dummy. And by the end of the movie, when Clark has finally signed on as a reporter at the Daily Planet, we know she’s not going to be fooled by those glasses.

The cast is universally strong. Casting a black man as Perry White, the Daily Planet’s gruff editor, may seem like a colour-blind casting gag, but Laurence Fishburne lends the role a real-world gravity. Kevin Costner, who seems to be making a minor comeback with every role, makes a fine Pa Kent, the ideal dad, while Diane Lane gives some dimension to Martha Kent, the ideal mom—both nostalgic throwbacks to a mythic America of infinitely patient, super-tolerant farm folk. As the Kryptonian fascist, who’s really just trying to save his people, Michael Shannon chews the scenery with admirable gusto. But the more original and entertaining villain is his cohort, a dominatrix femme fatale played by German actress Antje Traue. She injects a super-wholesome movie with the kinky frisson of a young Angelina Jolie, while pointing out that her race’s lack of morality gives it an “evolutionary advantage” in the battle.

That battle is interminable, and while it rages, Man of Steel spins on a moral axis that verges on the theological. Make no mistake: winning the war against Zod is about standing up for good human values against heartless alien values. Superman is the god who takes human form and votes human. He’s the patriotic alien. With his vote, humanity and America become synonymous. And when his loyalty is questioned, he says, “I grew up in Kansas. I’m about as American as it gets.” So there.

Along with big action, Man of Steel likes big ideas. And the script is cluttered with exposition—not unlike Christopher Nolan’s Inception. It’s curious how the abstraction of CGI carnage and the abstraction of plot verbiage seem to go hand in hand.  But one thing missing from this resolutely earnest film is humour, which is odd when you consider it’s based on a comic book. You realize humour is missing in action when a shy joke finally makes an appearance in the dying minutes of the movie. Something about the Man of Steel being hot. He is. Too bad the movie isn’t as hot as he is. But fortunately, Man of Steel is hot enough, and good enough, to set in motion a new franchise that might still prove exciting and original once it learns to control its own superpowers and let the characters take charge.