'Popstar' exploits the fine line between stupid and Bieber 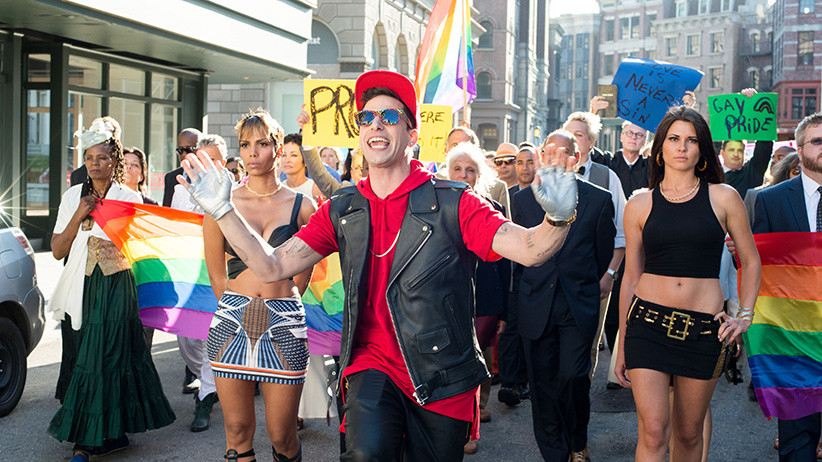 From the start, the ascent of Justin Bieber, the self-styled bad boy of beautiful cherubs, seemed to dovetail with the rise of comedy troupe Lonely Island. In 2005, the L.A.-based trio got their big break when they were signed to Saturday Night Live, with Andy Samberg as a featured player and Akiva Schaffer and Jorma Taccone as writers. That December, the Lonely Island-penned “Lazy Sunday” sketch, a parody rap video starring Samberg and Chris Parnell as two posturing tough guys rhyming about hitting a matinée screening of The Chronicles of Narnia, aired on SNL.

“Lazy Sunday” was an overnight hit, spreading via a then-emerging website called YouTube. And it was on YouTube, in 2007, that talent manager Scooter Braun stumbled upon a grainy home movie of an angelic 12-year old crooning “So Sick” by American R&B singer Ne-Yo at a Stratford, Ont., talent show.

On paper, Lonely Island’s new movie scans like an explicit parody of Bieber. “The title and the marketing has definitely made it seem more like it’s based on him than we originally intended,” says Samberg. “But we’re fans of Bieber! We’ve hung with him and are fans of his music. We weren’t going into this thinking, ‘What needs to happen is a big Bieber takedown movie!’ ” In fact, says, Samberg, “I think when you watch his documentary and see him expertly drumming at the age of four, you realize he was going to be big one way or another. He’s kind of . . . ” and here Samberg pauses, riffling for the perfect word, “touched.”

In Popstar: Never Stop Never Stopping (even the title nods to 2010 concert film Justin Bieber: Never Say Never), Samberg plays heavily inked, halfway-brain-dead pop singer Conner Friel, a.k.a. “Conner4real,” who finds his career declining thanks to a bungled sophomore album and a series of media gaffes—including a record release stunt that has his album automatically downloaded to home appliances. It almost seems as if Conner’s primary function is to embarrass himself, fuelling a culture addicted to the 24/7, TMZ-tracked culture of celebrity shaming.

But Popstar, far from a mean-spirited takedown, springs from the group’s bona fide love of commercial hip-hop and bubblegum pop. “We love pop music,” says Schaffer. “We think it’s ridiculous. But how can it not be ridiculous? It’s an impossible situation to be in and not be ridiculous.”

Popstar is informed as much by modern manufactured singers as by the previous generation of boy bands, and what Taccone calls “the puff-piece docs” often used to promote such artists, like feature-length documentary ads. Conner is the breakout star of pop trio the Style Boyz—a sort of cross between the boy band LFO and the Beastie Boys. Unlike its obvious mockumentary antecedent, the dopey headbanger classic This Is Spinal Tap (“our favourite movie ever,” says Schaffer), Popstar finds the pathos and sympathy in its cartoonish characters—something Lonely Island pulled off in their 2007 film Hot Rod, with Samberg as a clueless stuntman with delusions of greatness.

This balancing act between satire and sympathy has endeared Lonely Island to the very stars they’re ostensibly poking fun at. Cameos abound in this film, from Mariah Carey and Usher to DJ Khaled, Carrie Underwood and Seal. But there was one who wouldn’t return Lonely Island’s calls. “We were really trying to get Bill Clinton to play saxophone,” says Schaffer. “That was a big one,” says Taccone. “But that’s been going on for years for us now.”

Even without Bubba, Popstar is not lacking for silliness. The lavish concert sequences, in which Conner is accompanied by dozens of holograms of himself, half-singing/half-rapping his nonsensical singles while his DJ mans an iPod in a Daft Punk-style helmet, captures pop music in all its inflated stupidity: a culture suspended between decadence and decay. In one side-splitting snafu, a wardrobe malfunction leaves Conner naked on stage, appearing as if he’d been castrated.

The Lonely Island guys may be enamoured with the culture they’re lampooning. But, for the more cynical, it’s easy to wish pop music was actually as surreally stupid as Popstar presents it—it might be more meaningful, or even just entertaining.