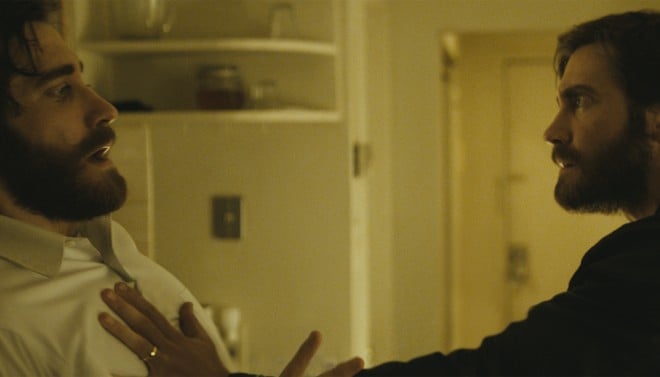 Facing an onslaught of 366 films from 70 countries, festival-goers may start to see double—in more ways than one. You want to see Denis Villeneuve’s first English-language feature, the one starring Jake Gyllenhaal? Choose carefully. Would that be Enemy, the Canadian movie that Villeneuve adapted from Nobel Laureate José Saramago’s novel, The Double? Or or would it be Prisoners, a Warner Bros. thriller by Villeneuve starring Gyllenhaal as a detective searching for two young girls who have been abducted? It’s a case of The Two Jakes. Or make it three, because in Enemy, Gyllenhaal plays two identical characters, who aren’t twins, just doppelgängers. Which sounds a lot like another TIFF movie,  The Double, starring Jesse Eisenberg and Mia Wasikowska in an update of the Dostoevsky novella about a man who finds his life usurped by his doppelgänger. 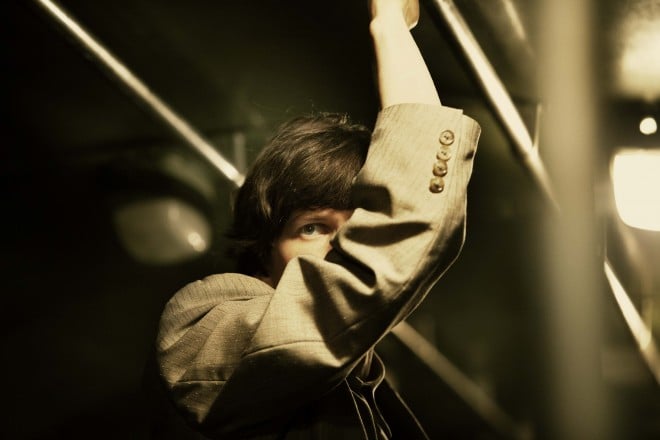 Jesse Eisenberg in 'The Double'

If those aren’t enough doppelgängers for one film festival, there’s yet another film asking us to do a double take: The Face of Love, starring Annette Bening as a widow who meets an exact double of her husband (Ed Harris) five years after his death. I mean, what are the chances? Are there not enough actors to go around? Of course, playing two roles in one movie has got to be a kick for an actor. But it’s much easier than it used to be. When Jeremy Irons portrayed twin gynecologists in Dead Ringers, David Cronenberg had to use optical sleight of hand. Now with digital technology, having an actor play two roles in the same scene is a snap.

There’s a lot of overlap on the titles in the TIFF program as well. And if you’re even the least bit dyslexic, as I am, they can pose a real challenge. Maybe you want to catch that Canadian comedy about the right and wrong reasons. What’s it called again? . . . Well, that depends. It might be The Right Kind of Wrong by Jeremiah Chechik or All the Wrong Reasons by Gia Milani, both of which can be easily confused with For No Good Reason, a documentary about illustrator Ralph Steadman.

And if you want to see Gloria—for which Paulina García won the best actress prize at the Berlin festival for her portrayal of a fiftysomething woman looking for love in a dance club—careful you don’t end up at Gloria Victoria, a seven-minute 3D blast of Russian constructivist animation about art and war set to the sound of Shostakovich.

Or say you want to go straight to Paradise. Will that be Ulrich Seidl’s trilogy-ending Paradise: Hope, about a 13-year-old girl with a crush on a 40-year-old doctor at a diet camp? Or  Paradise Falls, a Canadian short billed as “Wes Anderson meets the Brothers Grimm”?

It’s enough to drive a film critic to drink. Make it a double. 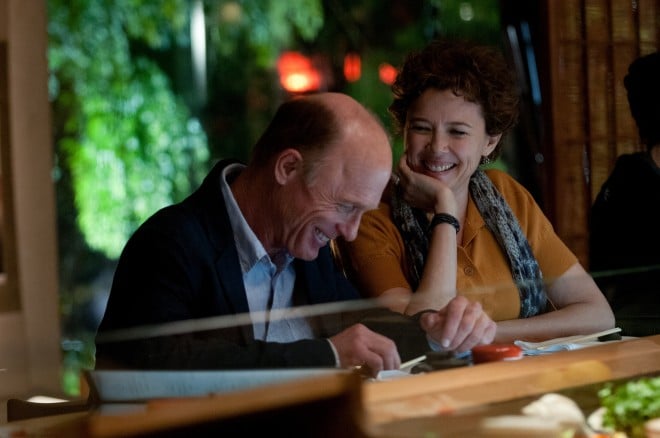 Ed Harris and Annette Bening in 'The Face of Love'