Powered by strong performances, this reboot is passionate, darkly thrilling and strangely grown-up 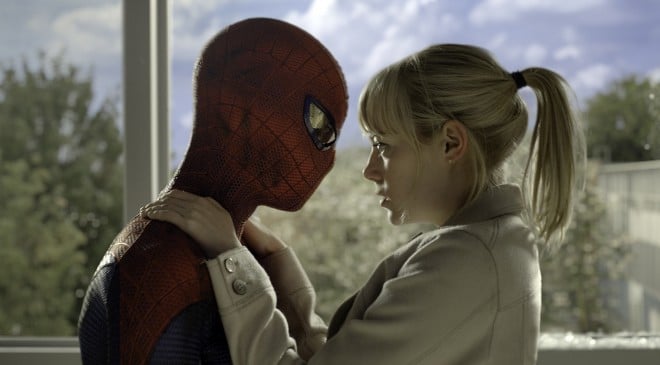 Andrew Garfield and Emma Stone in 'The Amazing Spider-Man'

Just when you think this whole superhero business means the end of civilization as we know it—and that in the din of every blockbuster we can hear cinema’s digital death rattle—along comes a glimmer of hope. The Amazing Spider-Man, amazingly, lives up to its billing. After seeing the trailer, which undersells the drama, I was expecting The Mediocre Spider-Man, The Satisfactory  Spider-Man or at best the Not So Bad Spider-Man. But this is one superhero movie that makes an honest attempt to do for its genre what superheroes try to do for the world: redeem it. Refreshingly free of Iron Man irony and smarty pants cynicism, it’s passionate, darkly thrilling and strangely grown-up. Emotional and character-driven, it  has the strength of its convictions, as the story of an angry young man who defies  gravity with gravitas.

I’ve been entertained by a few comic book movies in the past, but I can’t remember being quite so moved by one. Or coming out of the theatre talking about the actors rather than the effects.  Not that this 3D extravaganza lacks visual charm and elegance. With all those vertiginous angles and webs, Spidey’s world is tailor-made for 3D. It’s spun from dimensional silk. And as he swoops up, down and around Manhattan’s skyscraper canyons, the movie becomes a rectilinear adventure in perspective.

The Amazing Spider-Man is a reboot. After Sam Raimi’s Spider-Man trilogy—starring Tobey Maguire, Kirstin Dunst and James Franco—had run its course, Sony/Columbia  reset the story to zero with a new director, new writers and a new cast. The director, unbelievably, is named Marc Webb. Yes, Webb. This is just his second feature, after making his debut with the offbeat romance (500) Days of Summer. The screenwriting team include James Vanderbilt (Zodiac), Harry Potter wiz Steve Kloves and Oscar-winning veteran Alvin Sargent (Ordinary People). 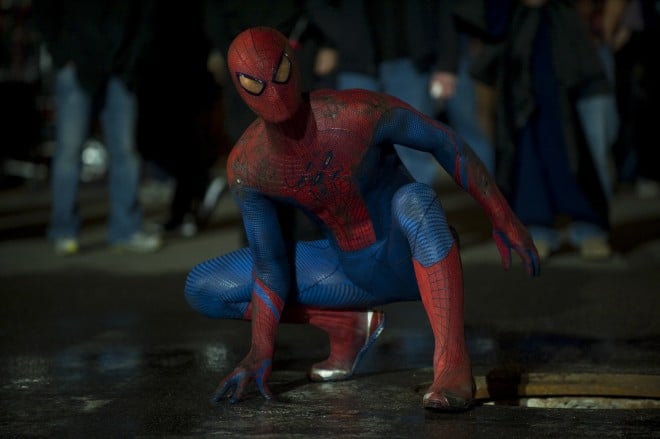 The look and tone of the reboot is darker, grittier and more naturalistic than the Raimi movies, even though the villain is a giant reptile that runs amok in Manhattan, prompting sly cracks about Tokyo. As Peter Parker/Spider-Man, Garfield conveys a lot more power and menace than Maguire. Both play him as an outcast, a troubled introvert, but Garfield makes him a virtual punk. Origin stories are always the heart of any superhero saga. And, as with Raimi’s movie, the debut episode is rich with irony, as this unwitting kid discover the powers that he’s gained through a spider bite. But his realization is conflated with revolt, and the violence of male adolescent sexuality. Also, the writers, maybe taking a cue from Iron Man, have endowed Parker with a stronger sense of agency. He not only designs his costume via the Internet (Eureka! All the Olympic athletes wear lycra!) but fashions the technology of his web-thread shooters, which turn the action scenes into a veritable Cirque du Spider-Man.

The story, meanwhile, involves an earlier love interest than Mary Jane Watson, the girl next door portrayed by Dunst. She’s Gwen Stacy, Parker’s first high-school crush, played with seductive intelligence by Emma Stone, who’s emerging as the most exciting actress of her generation. Denis Leary keeps is dry and droll as her dad, the police chief who’s determined to bring in the masked vigilante climbing the walls of his city.  Rhys Ifans distills a nuanced performance as a Dr. Curt Connors, a madder-by-the-minute scientist toying with inter-species genetics in the hope of growing back his amputated arm. Martin Sheen brings a dash of West Wing nobility to his role as Peter’s uncle, as Sally Fields bears down on a featrure-length grimace of motherly concern as his aunt.

What’s gratifying about this reboot, unlike Raimi’s first episode, is that the romance is given room to breathe. We don’t have to wait for the final scene for the mask to come off with that first kiss. There’s heavy necking in the second act. And the violence is not bloodless. (This doesn’t strike me as a move for small children.) As with any comic book blockbuster, the mayhem gets  a bit overdrawn in the climactic sequence—with action so fast it strains the limits of 3D. But by then The Amazing Spider-Man has earned its superpowers, and hooked us with a drama that suspends disbelief by much more than a thread. 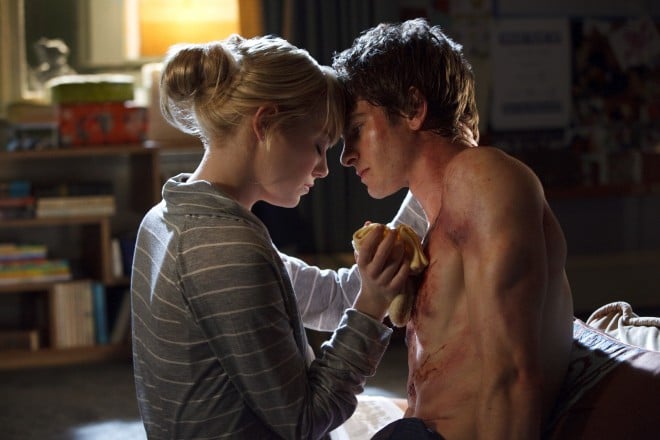