And yes, Harrison Ford is back, along with much of the original cast 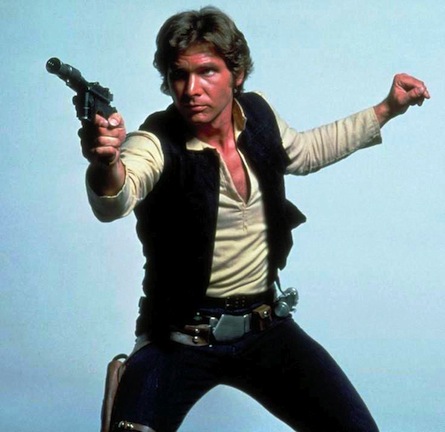 The cast has been announced for the new Star Wars film, directed by J.J. Abrams.  And, they are: John Boyega, Daisy Ridley, Adam Driver, Oscar Isaac, Andy Serkis, Domhnall Gleeson, and Max von Sydow. The stars of the original trilogy—Harrison Ford, Carrie Fisher, Mark Hamill, Anthony Daniels, Peter Mayhew, and Kenny Baker—will be back, as well.

Unfortunately, there is no word on which actor will play which part, but there are some obvious conclusions.

Ford will play Han Solo, Fisher will be back in the role as Princess Leia and Hamill will be Luke Skywalker. All three of the actors from the original film have already dropped hints that they are returning to work with Abrams on the new films. In fact, they caused quite the fan commotion a couple days ago when they were spotted in London, just as Abrams was due to begin filming at a nearby studio.

As for the other roles, fans are free to begin speculating immediately.

“We are so excited to finally share the cast of Star Wars: Episode VII,” Abrams said in a release. “It is both thrilling and surreal to watch the beloved original cast and these brilliant new performers come together to bring this world to life, once again. We start shooting in a couple of weeks, and everyone is doing their best to make the fans proud.”

There are high hopes for this latest Star Wars film under Abrams. But fans have also expressed trepidation, since the rights to Star Wars are now in the hands of Disney and some fear that the Star Wars brand could become overexposed as Disney looks to make money from its $4-billion investment in Lucasfilm.