Director Peter Jackson on his last Tolkien movie, his favourite villain—and why his kids haven’t read Lord of the Rings 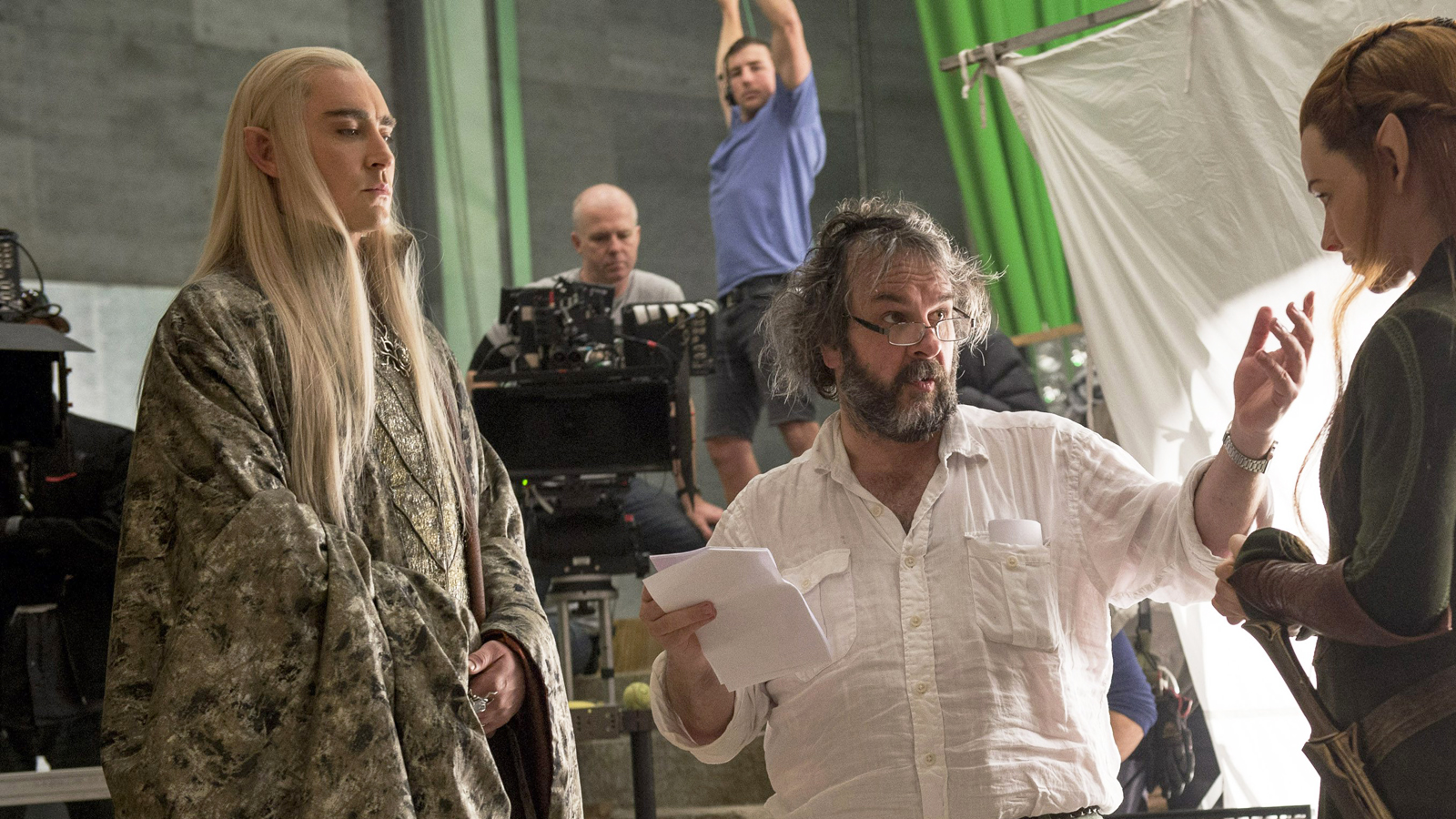 For 15 years, director Peter Jackson has transformed the mythical books of J.R.R. Tolkien into films filled with the orcs, elves and dwarves of Middle Earth. The three Lord of the Rings movies and the first two parts of The Hobbit have racked up more than US$5 billion at the box office, along with 17 Oscar wins. It’s also been a family affair: His partner, Fran Walsh, co-wrote and co-produced the films with him. Now, Jackson is back with the finale, The Hobbit: The Battle of the Five Armies, which opens on Dec. 17.

You said, “I’m very sad,” when you directed the last scene of Ian McKellen as the wizard Gandalf. How do you feel now?

I feel satisfied, no regrets. Those moments were really raw. You suddenly get to the end of the day that—bang—never again are you going to work with him on a Tolkien film, never again are you going to see him wear [Gandalf’s] beard and the cloaks, which have become iconic. That really hits you. But Ian’s still a good friend and we go ’round to visit him in England, so he’s not fallen out of our lives.

Did you have any clue what was in store when you and Fran started on Tolkien?

Your children have grown up while you worked on Tolkien. They’ve even been in the films. What do they think of the books?

In a way, our children’s upbringing has been totally dominated by Tolkien. It’s been a big part of the reason why Mum and Dad don’t go away on a holiday, because we’re too busy. It’s not that they resent it, but I just think there’s enough of The Hobbit and Lord of the Rings in their lives that they don’t have to want to read the books, yet.

This film isn’t called The Battle of the Five Armies for nothing.

Were there any scenes, particularly action ones, that you stored up for this film?

That’s implying I knew what I was doing three, four, five years ago. This movie was shot at the same time as the other Hobbit films. A lot of the battle is created in post-production. We shoot live action with the actors and a certain amount of fight stuff with extras, but then a lot of the really big stuff is all done in CGI [computer-generated imagery]. There’s stuff in the battle that we put in this year that we just dreamt up. That’s the beauty of it: a certain amount of it you pre-plan, you write three scripts, you film together, but then you still get the satisfaction of organically being able to add a lot more creative influence each year for each film.

There have always been two criticisms of your Hobbit: The children’s book has been stretched into three parts, and a lot of new scenes and new characters have been added.

Look, people are entitled to think whatever they want. I can’t engage with people’s opinions, because it’s millions of people. Otherwise, you’re going to drive yourself crazy. What you’re seeing in any of my movies is the film I’d want to see, so if you think there are bits [that are] boring, well, sorry, but it’s essentially reflecting my taste.

What you get now, with the release of the third Hobbit movie, is the keystone. This is the point where, hopefully, it becomes six movies in a chronological order. Prior to this, people were always saying we did Lord of the Rings, now you’re doing The Hobbit, and was The Lord of the Rings better, and is The Hobbit? We’re about four or five years away from the generation that will have no living memory of what order we shot these films. Kids are going to start at the ﬁrst Hobbit movie and they’re going to—you know, if they like it, enjoy it, and they want to watch it—they’ll finish with Return of the King. We’ve experienced them the wrong way ’round.

A major plot line running through this film is the issue of power: who can handle it, who should wield it, and what they do when they get it.

The theme through Tolkien’s stories is really that the true power at the end of the day doesn’t lie with nations, kings and powerful warriors. Real power lies in the common folk, of which the hobbit is his representation. The hobbit ultimately exerts more influence over these stories, and a greater sort of significance and courage—especially with the [all-powerful One Ring that The Hobbit’s Bilbo Baggins] hands on to [his adopted heir] Frodo—than any of the armies involved. It all comes down to the hobbit carrying that ring [so it can be destroyed], which is the culmination of these films, too.

Is there an analogy to today? There are some people who wield enormous power in this world.

Yes, sure, there can be. I’m not a filmmaker who believes in trying to create messages in films; that’s not my job. Then, I’m just trying to lecture people. If you can create an interesting, complex film, then you’re inviting other people to put their own interpretation onto it. This story [The Hobbit] was written in 1937 and The Lord of the Rings was published in 1954. [Tolkien] hated the industrial age, he hated machinery. The Hobbit is a perfect world for him; industry is represented by the coming of the orcs—and that was what he was really writing about and fighting against.

But is it influenced by the First World War? It is. I’m sure a lot of the Canadians would understand going away to a foreign land a long way away [that] you never dreamt of [visiting]. Then, all those boys coming back in 1919 to the same society that they set out to save, but for them, it’s different. They’ve changed so significantly during that four-year experience over in France, they’re never going to be the same again. There’s a sense of that with both Bilbo and Frodo. Hey, we’re human beings, we’re as weak today as we were when Tolkien wrote these books, and he’s writing pretty universal, timeless themes.

I see [the dragon] Smaug as being like the dictators in the Middle East, like Saddam [Hussein]. While this big dragon’s sitting on this gold, there’s kind of a relative stability. The dragon itself is intensely evil, but once he’s killed, the immediate result is it’s unstable; everybody’s fighting each other, war’s breaking out. There’s an obvious modern-day interpretation, but that’s not anything I put in there; that’s in the book that we adapted.

I want to end with some rapid-fire answers. Who’s the most trustworthy hobbit, Bilbo or Frodo?

I would say Frodo, because he is more innocent and naive.

The mines of Moria, from The Fellowship of the Ring.

I’m partial to the battle scene/sequence from last year.

Is this “the end of all things,” as Frodo says at the end of The Return of the King?

Probably. There’s only ever been two books that Tolkien sold the film rights to. We’ve now shot them both.

FILED UNDER: j.r.r. tolkien lord of the rings Peter Jackson the hobbit The Interview