The film's greatest strength is the performance by lead Adam Driver, who has leapt into his first role as a romantic action hero 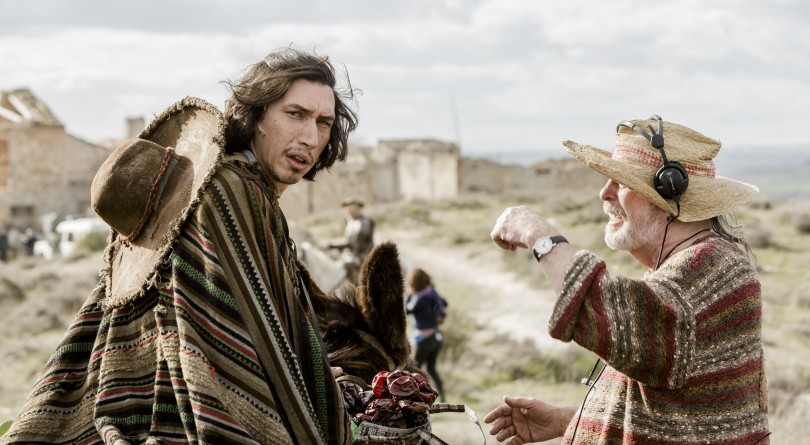 Terry Gilliam is in a good mood. As he sits down for an interview at a beachfront lounge in Cannes, he’s positively beaming. Wearing a tropical print shirt and a ruddy sunburn that’s starting to peel, the grey-bearded director looks like a castaway King Lear coming off a long exile on a desert island. Which is not far from the truth.

After a Sisyphean struggle to make The Man Who Killed Don Quixote, a production cursed by a litany of disasters, Gilliam’s passion project has finally reached the screen at the Cannes International Film Festival, almost 30 years after he first set out to make it. “I’m immensely relieved,” says the 77-year-old writer-director, declaring that he’s now absolutely confident about the impending success of his famously cursed movie.

Never mind that it would premiere out of competition in an unenviable slot at the butt end of the festival—as a closing-night confection after a passel of awards were handed out to a pantheon of  more “serious” auteurs. (Japanese director Kore-Ed’s Hirokazu’s family drama Shoplifters won the coveted Palme D’Or, wihile Spike Lee’s BlacKkKlansman took the runnner-up Grand Prize). Never mind that, among the odd starry-eyed rave, The Man Who Killed Don Quixote would be bloodied by reviews bearing headlines like “sloppy, but not a total disappointment” (The Hollywood Reporter) and “a loud, belligerent, barely coherent mess” (Variety”). Never mind that a week before the premiere, as a former producer took legal action to block the screening, Gilliam suffered what appeared to be a small stroke.

A French judge finally quashed the lawsuit, but “it was a tense moment,” recalls Gilliam. “I was making jokes—‘What would happen now if I got hit by a car? It would be more publicity!’ And the next thing I know I’m in the hospital with an MRI scan. It’s a blocked artery, one of the little arteries that bring blood into the white matter of your brain. So that bit of my brain is not being fed.” Laughing heartily at his predicament, as if it’s one last pesky obstacle threatening his sanity, he adds: “We’ll see what the results are later, if there’s anything left.”

“It’s hard to find anything Terry doesn’t joke about,” said the movie’s leading man, Adam Driver, in a later interview. “We had a celebration when we passed the first week of shooting, because the last time they didn’t get that far.” Gilliam’s previous production of The Man Who Killed Don Quixote was shut down after a week of filming in 2000, after a string of catastrophes—NATO jets roaring over a target practice area near the desert location drowned out their sound; flash floods destroyed equipment, turning the desert to mud; and aging French actor Jean Rochefort, who played Quixote, suffered a herniated disc that prevented him from mounting a horse. 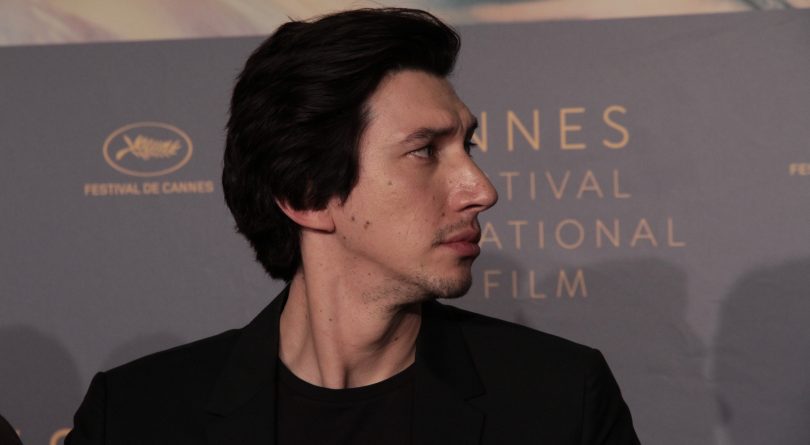 The Quixote curse—cinema’s equivalent to the one surrounding Shakespeare’s “Scottish play”—predates Gilliam’s involvement by a long shot. Orson Welles spent 27 years, off and on, trying to adapt the iconic 17th-century novel by Miguel de Cervantes, and was still working to finish his film when he died in 1985. It’s as if the madness of Quixote, the mad old Spaniard tilting at windmills, seems to rub off on everyone who touches the story.

The 2002 documentary Lost in La Mancha, which captured the absurd mayhem of Gilliam’s previous production, has become a classic in the sub-genre of on-set disaster docs, alongside Burden of Dreams (1982) and Hearts of Darkness: A Filmmaker’s Apocalypse (1991)—stories of Werner Herzog and Francis Ford Coppola respectively, as their productions and their sanity become unravelled up-river in the jungle. Now the makers of Lost In La Mancha are making a follow-up to their documentary called He Dreamed of Giants. Co-director Louis Pepe has said the sequel is more of a portrait of Gilliam “and what’s going on inside his head” than of the conflicts raging around him.

Gilliam’s story was never scripted as a straight adaptation of the Cervantes novel. It’s a film within a film, the saga of a brash American advertising executive named Toby who becomes ensnared in Quixote’s manic delusions while shooting a Russian vodka commercial in Spain. Driver took on the role of Toby, originally played by Johnny Depp, who drifted away from the project. John Hurt was set to replace Rochefort as Quixote, but both actors died last year, and the role finally fell to Jonathan Pryce, a veteran of three previous Gilliam movies (The Adventures of Baron Munchausen, The Brothers Grimm and Brazil.)

Although Gilliam struggled to make the movie for less than a third of his original $32 million—cobbling his budget together from co-producers in Spain, Portugal, France and Belgium—he’s quick to find a silver lining. He says he simply cut down the script and the salaries. And he eliminated an annoying time-travel device, instead giving Toby a flashback to his youth as an aspiring artist who once shot a student film about Don Quixote. Gilliam, perhaps the most quixotic character of all, insists that the movie he’s finally completed is “far better than what I tried to make 25 years ago.”

He certainly struck gold with Adam Driver, who can be seen as his generation’s answer to the young Johnny Depp, a brilliant young actor still uncorrupted by Hollywood. “Here’s a guy who doesn’t look like Johnny Depp,” says Gilliam. “He doesn’t look like a movie star. He doesn’t even behave like an actor. He’s got this strange, interesting face, a real face as opposed to a perfect face. One minute he’s geeky looking, and then there’s scenes where he’s beautiful.”

After his breakout role as Lena Dunham’s erratic boyfriend on HBO’s Girls, Driver, 34, has made an impressive mark on the big screen, from cutting a villainous swath through two Star Wars movies to finding Zen-like magic as a bus-driving poet in Jim Jarmusch’s Paterson, with a brief turn as a Jesuit missionary in Martin Scorsese’s Silence. Now in Cannes, he skewers racism as a nervy undercover cop in BlacKkKlansman and leaps into his first lead role as a romantic action hero in The Man Who Killed Don Quixote.

It’s a very physical part: “There’s fire, you’re riding a horse, you’re diving in a pool of rocks,” says Driver. “Star Wars is more abstract—trust us, your lightsabre actually works.” The actor also raced a motorbike, and narrowly missed becoming another curse statistic when he crashed a couple of times on the side of a cliff.

Towering above the slapstick mayhem of Gilliam’s extravaganza—which could be a children’s movie if it weren’t so laden with profanities—this eccentric movie star unleashes a manic energy that we’ve only seen on a small canvas until now. It may be tempting to conflate the flamboyance of his character, who’s consumed by Quixote’s visions, with that of an actor trapped in the chaos of Terry Gilliam movie. The director, says Driver, “sets an atmosphere where everybody’s at the front of their feet. We had to be because we didn’t have a lot of time and horses are facing the wrong way and there are there are seven different languages on set.”  But then, he adds, “I feel pressure with every job—that you’re going to be bad or it’s going to fail. If anything, you’re more excited to work with people who have been trying to make something for 20 years. They’re so tenacious.”

As a director, Gilliam says, he must embody both the imagination of the hallucinating knight and the practicality of his sidekick, Sancho Panza. And he’s the poster boy for the notion that indie filmmaking may be the ultimate contemporary version of Quixote’s quest. That spirit was vividly evident in Cannes, where the competition’s cinematic landscape was littered with quixotic heroes—from a 12-year-old Syrian refugee boy dragging an abandoned toddler strapped to a skateboard through the slums of Beirut in Capharnaüm, to a deformed man and an orphan child escaping an African leper colony on a donkey cart in Yomeddine. Those films lacked the elaborate artifice and pyrotechnics of Gilliam’s movie. They didn’t even use professional actors—one cast undocumented refugees, the other an actual leper-colony resident. Gilliam, on the other hand, has constructed a retro romance that’s happily stuck in the past. Hollywood has long since abandoned him. But he’s still dreaming the impossible dream on the ramparts of independent cinema. If his deliriously overwrought movie were a work of architecture, it would be classified as a “folly.” Whether it wins over critics, or finds an audience, the mere fact that it exists is a kind of success that is astonishing enough.